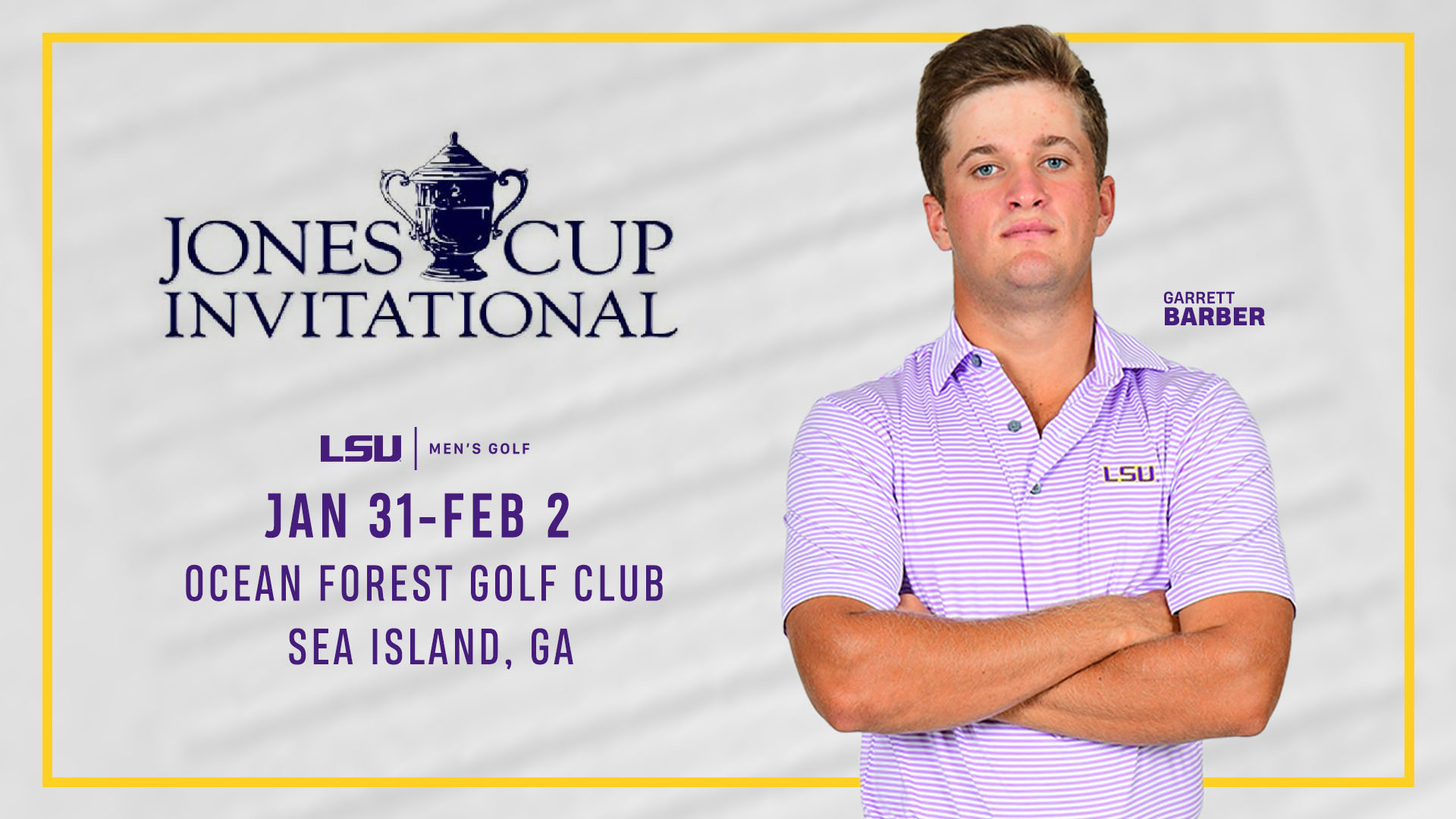 Baton Rouge, La. – West Coast to the East Coast. Two days after leading the LSU men’s golf team to a sixth-place showing at the Southwestern Invitational in Westlake Village, California, sophomore Garrett Barber will compete in the 2020 Jones Cup Invitational in Sea Island, Georgia this weekend.

Barber will play a practice round on Thursday before competition begins on Friday. The 54-hole tournament will feature 18 holes each day and conclude on Sunday afternoon. Barber, the 2018 Jones Cup Champion, will be playing in the event for the fourth-straight season. He finished tied for ninth in 2019 at the event that is hosted annually at the Ocean Forest Golf Club.

Barber’s 2018 win at the Jones Cup saw him navigate his way to a 4-under 212 highlighted by a final round 6-under 66 to force a playoff with Theo Humphrey. His third round 66 in 2018 included an eagle hole out from 200 yards with a 5-iron, seven birdies, seven pars, and three bogeys. Barber birdied the first playoff hole en route to claiming the title. With the win, he became the only player to win both the Jones Cup and Jones Cup Junior, which he captured in 2016. Barber’s third-round score of 6-under 66 made him only the third player to shoot a 66 at Ocean Forest joining the likes of Nicholas Thompson (2005) and Bubba Watson (2001).

Barber, a sophomore at LSU, is averaging 71.67 strokes per round this season through five tournaments. He just tied for 14th place at the Southwestern Invitational with a 1-over 217 to pace LSU at the first tournament of the spring for the Tigers. He’s averaging 3.8 birdies per round this season, owns a cumulative score of 4-over par for the season, and 13 of his 15 rounds played have counted towards LSU’s team score.