Wednesday's Wins Have Will Wade Eager for More Progress 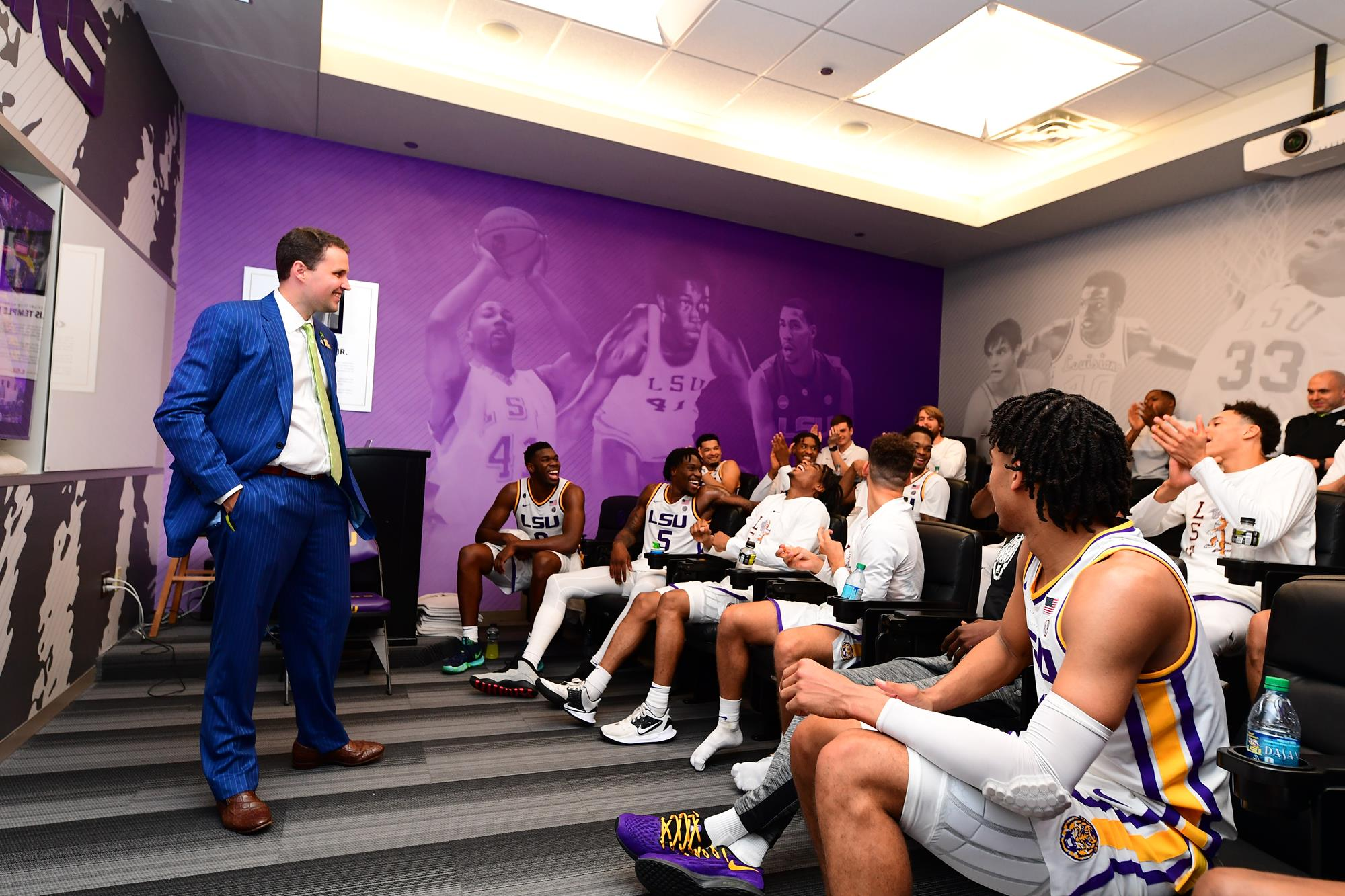 The scoreboard read LSU 90, Alabama 76 when the final seconds ticked off the clock Wednesday night, a ninth-straight win for the Tigers and a seventh to start SEC play.

What Will Wade was happiest about in the moments after the game, however, was just how many wins LSU picked up with a single victory. In the days before the contest, Alabama wasn’t the only opponent Wade had on his mind.

They were the primary foe, of course, winners of four straight SEC games coming in and armed with a number of marksmen from the three-point line and the charity stripe.

But thanks to double-doubles from Emmitt Williams (23 points, 11 rebounds) and Trendon Watford (17 points, 15 rebounds, 4 steals), plus 18 points from Skylar Mays, the Tigers dispatched the Tide with relative ease, outshooting them 51% to 41%, crushing them on the glass (49 rebounds to 31), and holding them to 26% shooting from beyond the arc.

“We played well,” Wade said after the game. “I thought it was one of our better games of the year. Give Alabama credit in the second half. The first half they played bigger against us and were trying to keep us off the glass. We did a great job on the offensive glass in the first half and they just said, alright we’re going to scrap that and play smaller, play our better offensive lineup, spread them and drive them. We got enough stops and were able to keep a working margin most of the game. I thought our offense was efficient and well run.”

There were other wins on Wednesday, though, that could have bigger ramifications for the Tigers moving forward.

In the second half, they beat the clock, which has been one of their toughest foes to conquer in recent games. After winning six straight games by one possession and surrendering double-digit leads on multiple occasions in those wins, the Tigers kept their foot on the gas against the Tide, never allowing their lead – once as large as 20 – to shrink to smaller than nine points.

“I thought we had great, great possessions at the end of the game,” Wade said. “That’s the whole point when you’re milking a lead. You don’t even have to score, just run the clock and cut the possessions down.”

Mays, as always, was a big part of that. When an Alabama three-pointer with 13:14 left made it 62-53, Mays sunk a layup, stole the ensuing inbounds pass to set up an Aundre Hyatt put-back, then snatched a rebound that led to a Marlon Taylor dunk.

“We did a great job not letting the scoreboard dictate how hard we competed,” Mays said.

Watford was critical, too, with a stat-sheet stuffing night against his hometown team. The Birmingham native said his coach told him to let the game come to him before the game and to keep his emotions in check. He did all that and more Wednesday, striking late with 11 points, 8 rebounds, and two steals in the second half, including seven of the Tigers’ first nine second half points.

“We don’t like closing games out like that, just like y’all don’t like it,” Watford said, pointing to past issues. “We’re definitely trying to get better at that, and today was definitely a step forward.”

Perhaps the the biggest win over the night for Wade came against the computers. His displeasure with his team’s inability to ruthlessly close out games over the past month was about more than pride. The statistically-oriented, detail-obsessed Wade knows the NCAA’s NET Ranking system – the key determinator in the NCAA Tournament seeding – forwards and backwards. It’s why surrendering a large lead at Texas and allowing a last-second three-pointer to turn a five-point win into a two-point win bothered him so much, and it’s why he put on his “raving lunatic” hat in practice and film study this week to stress just how important every play is for his team.

Will Wade: “You have to beat the computers.”

A rant on why he wasn’t happy with six straight one possession wins and the predictive models of the NET. pic.twitter.com/LzhvPMbyJR

“The winning doesn’t matter in the NET if you can’t get the efficiency right. It’s nice to win the games, but you have to win by better margins than the predictive models in the NET. You’re not just playing the other team and the scoreboard. We need to get as good a seed as we can get, if we can get in the thing. It just wasn’t sustainable, doing what we were doing.”

Computer rankings and predictive models. Bad habits and late-game woes. A red-hot, sharp-shooting opponent. The Tigers conquered all of them on Wednesday.

The next foe is multifold, too. There’s Ole Miss, who nearly knocked off the Tigers on January 18 in Oxford and who feature one of the league’s most electric scorers in Breein Tyree. There’s those pesky computers, of course. But there’s also the Tigers themselves, and their fight to keep taking steps forward – as a team, and as a program.

Just like last season, LSU is 7-0 in the league and playing an opponent for the second time in a Saturday home game. Last year, Arkansas beat LSU in the PMAC. Wade admitted to not preparing his guys well enough for that game, a mistake he’s determined not to repeat.

“January is over,” Wade said. “In February, things get even tougher. We’ve got to show some growth. We’ve got to be ready to go on Saturday, because we were in the exact same spot last year and relaxed a little bit, and Arkansas came in here and beat us. Ole Miss is obviously capable of doing that.”

The wins picked up Wednesday were progress, but they weren’t enough. The Tigers have more opponents on deck, and they only get tougher from here.