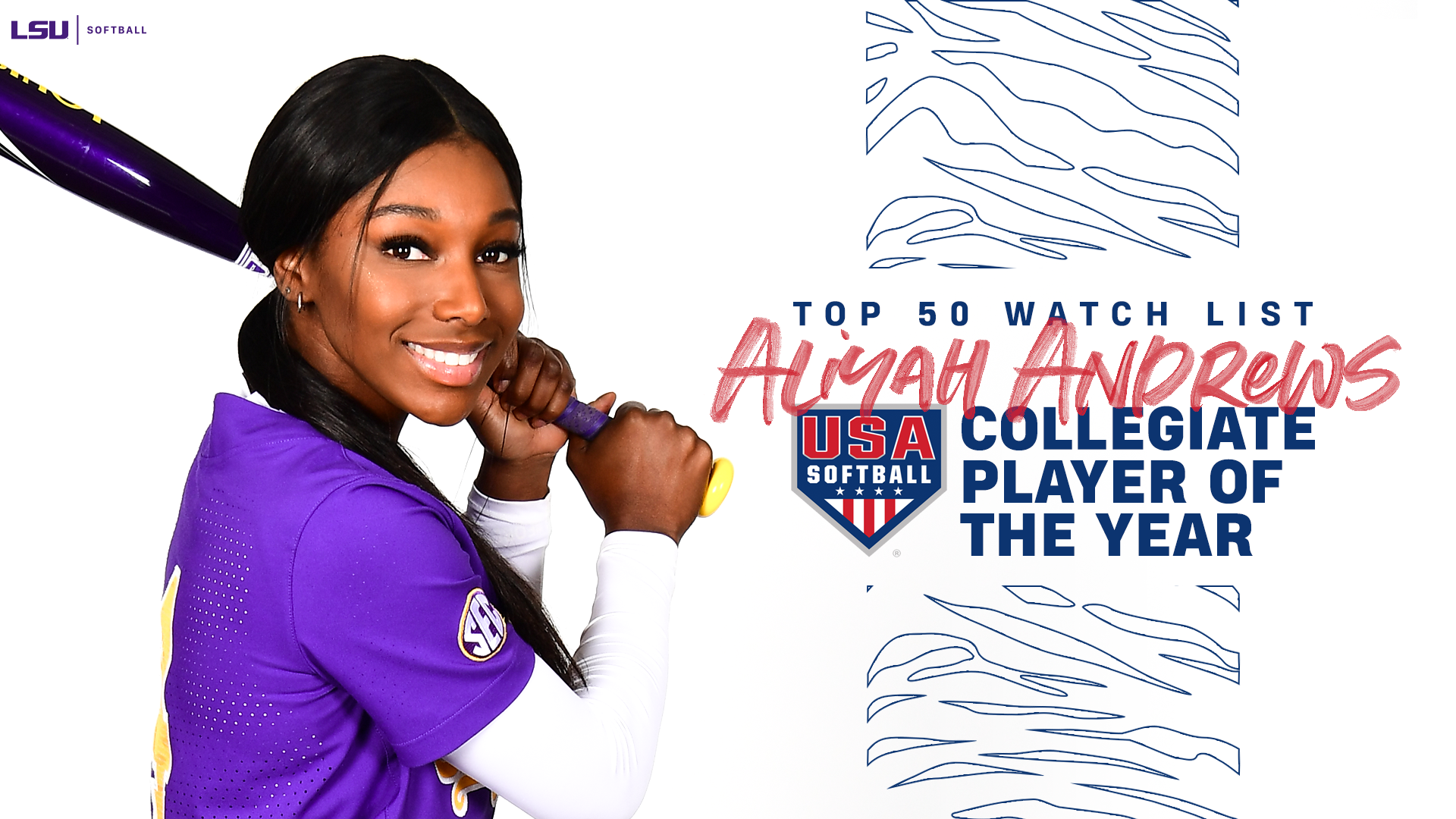 Andrews, a two-time All-SEC and SEC Defensive Team selection, finished the 2019 season with a .358 batting average, scoring a team-leading 61 runs. She broke the program’s single-season stolen base record last season with a total of 47. She tallied 73 hits on the year and finished with a .980 fielding percentage in center field, recording 94 putouts, three assists and just two errors on 99 chances.

The preseason “Watch List” includes 28 seniors, 13 juniors and 9 sophomores, with freshman ineligible for consideration. (Freshman can be considered for the USA Softball Collegiate Player of the Year award once they have competed at the collegiate level).  Athletes named to the “Watch List” represent 33 NCAA Division I universities and 19 athletic conferences.

LSU finished the 2019 season with a 43-19 overall record after falling to Minnesota in the Minneapolis Super Regional. The Tigers return 16 players to the 2020 squad and add seven newcomers to the roster.

Single-game tickets for the 2020 LSU softball season are now on sale through the LSU Ticket Office and online at LSUtix.net. For more information on the 2020 softball schedule, click here.