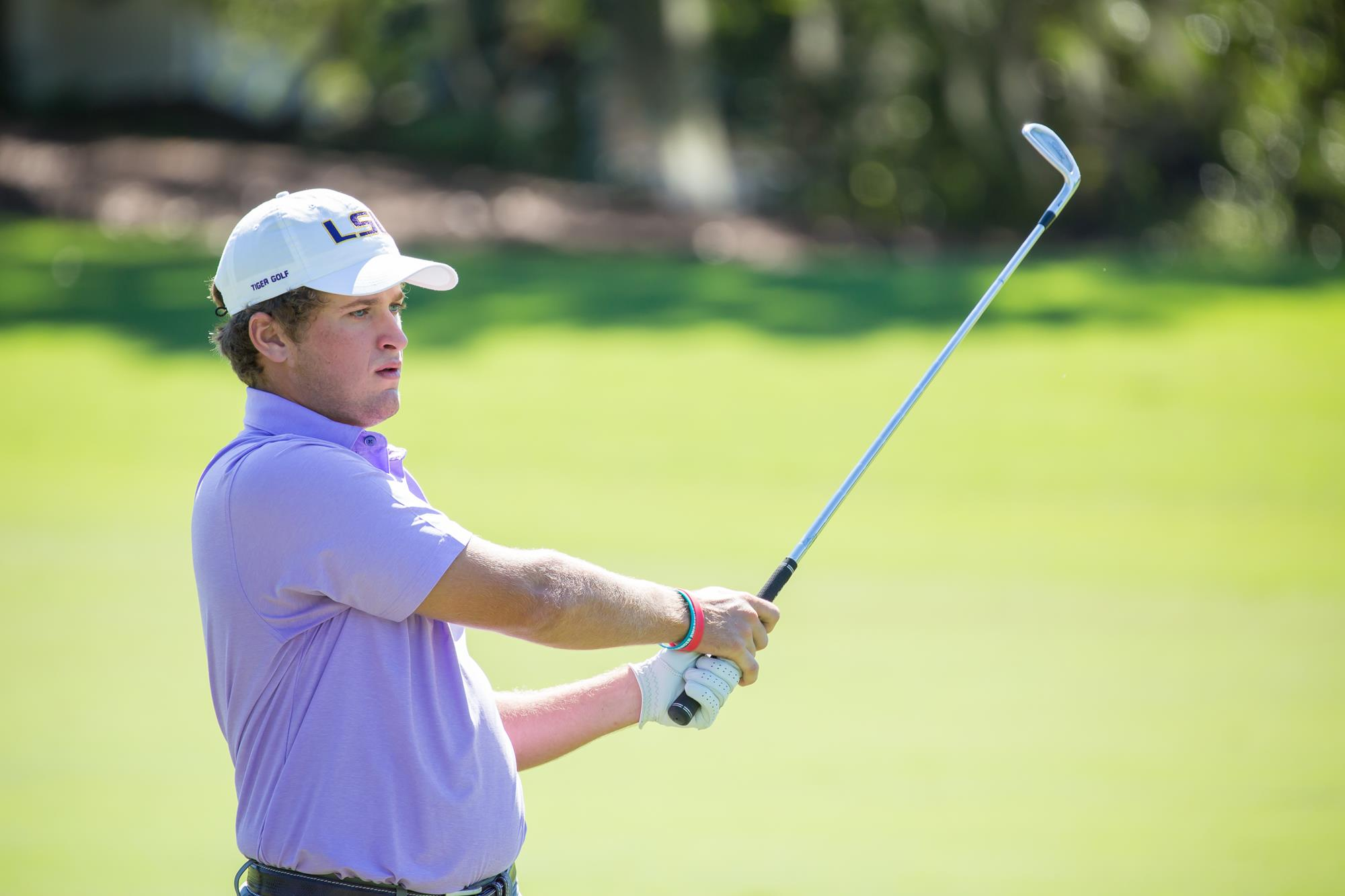 WESTLAKE VILLAGE, Calif. – Chris Woollam and Michael Sanders finished the last round under par to help give LSU its lowest team round of the tournament. The Tigers finished with a final round 3-under 285 to finish sixth at the Southwestern Invitational. LSU finished with a 17-over 881 (292-304-285) three-round total.

The Tigers wrapped up round two Tuesday morning after play was suspended for darkness Monday, then played the final 18 holes at North Ranch Country Club.

Woollam was 1-under par through eight holes before he double bogeyed hole No. 18 to finish the first nine hole 1-over. Woollam then rebounded with three birdies and six pars over the last nine holes to save his round and finish at 2-under 70. Overall, Woollam had five birdies, 11 pars, one bogey and one double bogey in his round. He finished the tournament tied for 21st with a three-day total of 3-over 219 (71-78-70). Woollam carded two eagles in the tournament, which was the second most by the field.

Sanders utilized three birdies and an eagle to offset three bogeys in his round. He also had 11 pars. He finished the first nine holes 1-under and proceeded to finish the last nine 1-under as well to turn in a 2-under 70 for the final round. Sanders finished tied for 33rd as an individual with a total of 7-over 223 (76-77-70).

Garrett Barber recorded an even par 72 in the last 18 holes of the tournament. He carded two bogeys through the first nine holes, but was able to counter those with two birdies over the final nine holes. He had 14 pars on the day. Barber totaled 14 birdies throughout the event, which was the fourth most by the field. Barber finished as the top individual for LSU as he came in tied for 15th. He had a three-round total of 1-over 217 (72-73-72).

Hayden White had his best score of the tournament on the final day with a 1-over 73. His round featured six birdies, seven pars, three bogeys and two double bogeys. White finished with a 24-over 240 (80-87-73) three-day total.

The Tigers return to California to play in The Prestige Feb. 17-19. The Prestige is held at PGA West in La Quinta, Calif. The Tigers have claimed three of the last four titles at The Prestige dating back to 2016.