Daniel Cabrera Happy to Carry on No. 8 Tradition for Tigers 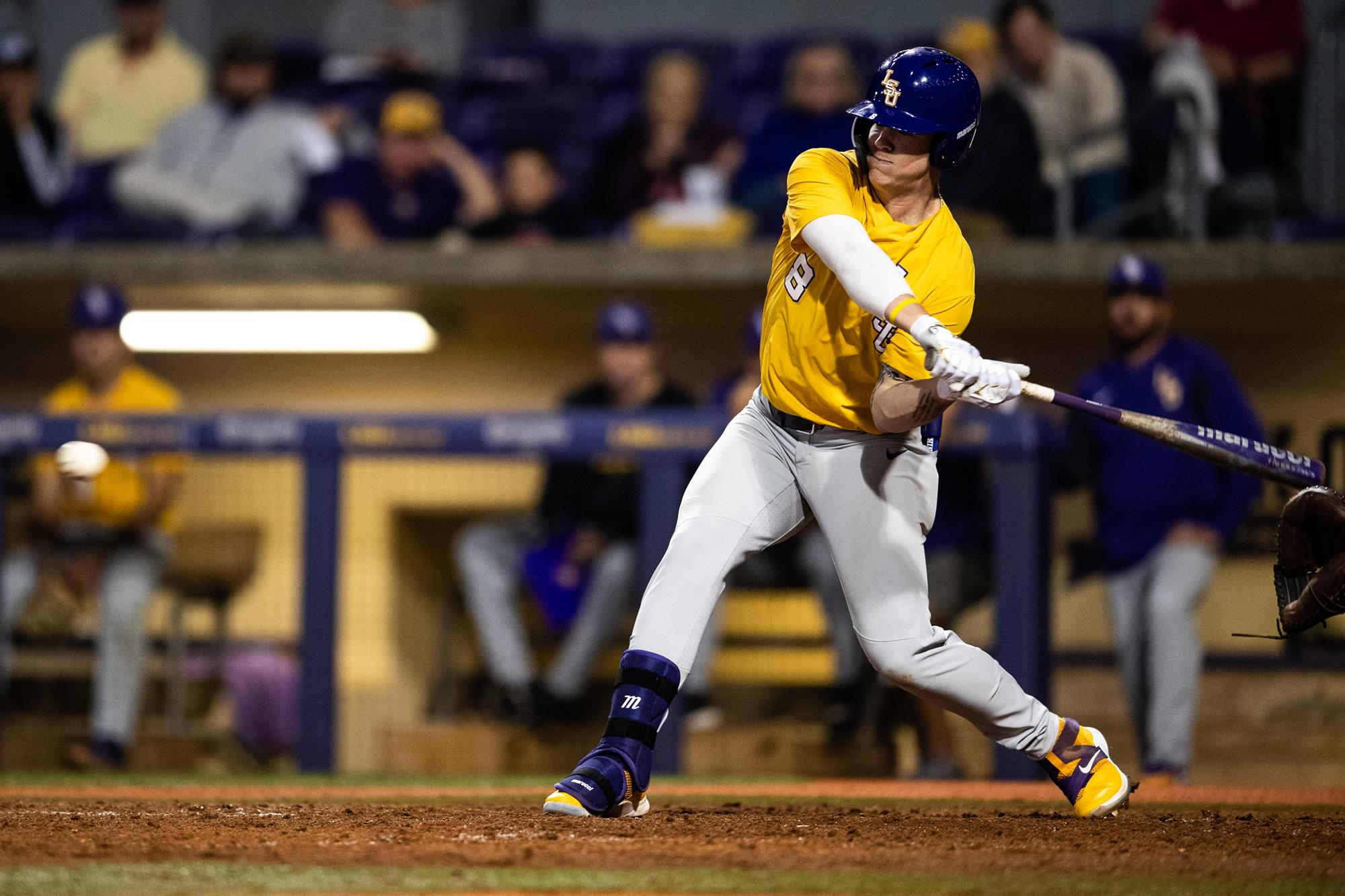 The No. 8 carries sizable weight within the LSU baseball program. Among the reasons junior outfielder Daniel Cabrera is next in line to continue the tradition and uphold its symbol of excellence is his awareness of just how much his new uniform means.

In his first two years in Baton Rouge, Cabrera has totaled 20 home runs, 30 doubles, four triples, 104 RBI and 78 runs scored. The significance of his new number goes far beyond stats.

The No. 8 jersey is given to a player who best represents LSU baseball through his leadership and dedication to the program. Unlike the No. 18 on the football team, coach Paul Mainieri allows the No. 8 to be passed down from player-to-player, this time from all-time hits leader Antoine Duplantis.

“When Antoine wanted to give it to Daniel Cabrera I asked [Daniel] how he’d feel about that, knowing there’s a responsibility of leadership. I was really happy with his response,” said Mainieri.

Cabrera wanted the No. 8, and embraced the responsibility.

It’s the combination of experience, talent and selflessness that made this decision easy for Duplantis. As the everyday left fielder in 2019, Cabrera is set for a move to right field in 2020.

When LSU arrived back to school in the fall, Mainieri felt “more than a little worried” about the center field position. During a routine glance at summer stats, he noticed that Cabrera had stolen 12 bases up in the Cape Cod Summer League, while also running a 6.6 60-yard dash on scout day. To put it in perspective, Andrew Stevenson and Zach Watson, two one of LSU’s fastest former center fielders, ran a 6.4.

“You want your center fielder to cover as much ground as possible,” Mainieri noted.

Cabrera improved tremendously over the summer as an outfielder, Mainieri says, with his instincts, with his reads off the bat, and with his angles going after the ball. When Mainieri played him exclusively at centerfield during the fall, Cabrera bought in fully.

“He didn’t push back at all,” said Mainieri. “In fact, it was the opposite. He was for whatever was best for the team. He’s got a very unselfish attitude.”

Known for his power in the clean-up spot, Cabrera will be the first to admit he did not perform to the level that he expects out of himself in 2019.

“He got into a little bit of a rut,” Mainieri said of Cabrera. “I think he tried to pull the ball too much to try to hit home runs. He had more trouble with offspeed pitches than I’d ever seen him have. Baseball is a tough game, when you’re struggling a little bit, it gets in your head.”

For Cabrera, he used last year as a learning experience, and is primed for greatness in 2020.

“I’ve never gone through a slump like that in my life before,” Cabrera said. “It’s always kind of been smooth sailing for me. I’m disappointed in the year, but I’m okay with having that because I’ve grown from it and have become a better player.”

That’s where new hitting coach Eddie Smith comes in, who was hired as a volunteer assistant in July. Smith has helped Cabrera shorten his swing and become more selective at the plate.

Cabrera is someone who radiates positive vibes himself. While addressing reporters at LSU baseball media day, that selfless attitude of his was transparent. Smiling for a majority of the session on Friday, he addressed his new leadership role, the season ahead, and his love for shoes.

“I probably have over a hundred pairs of shoes,” he said. “I love shoes. I’m kind of a shoe geek.”

More fans will be looking at his shirt than his shoes. As far as the coveted No. 8, the torch has officially been passed, but the newest member of the fraternity doesn’t feel burdened by it. It’s a challenge he’s ready to take on, until it’s his turn to pass the jersey down.

“I can tell you that Daniel Cabrera has put in a lot of work all [offseason] long,” said Smith. “He’s down in the cages more than anybody we’ve got on this team. I think we’re all excited for a really big year out of him going forward.”