by Courtesy of the LPGA/Photo - Gabe Roux, LPGA
+0 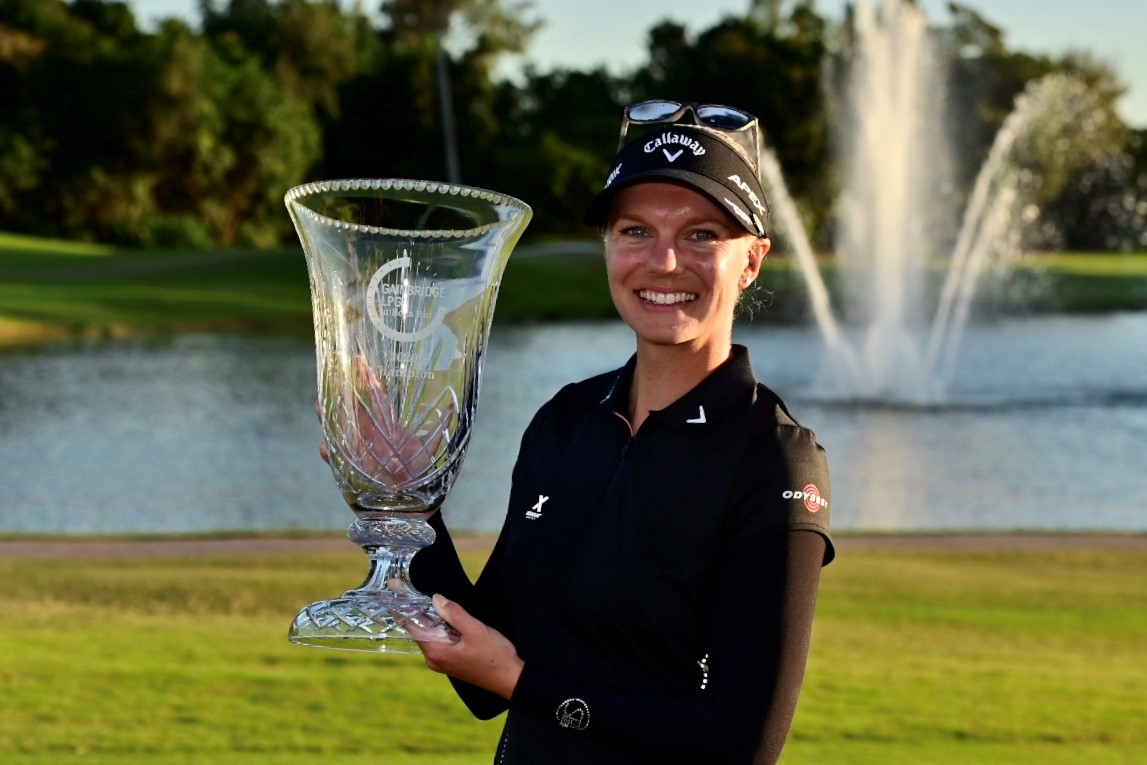 One start into the 2020 LPGA Tour season, and Madelene Sagstrom can now call herself an LPGA Tour winner.

The feat was not without drama. Sagstrom went into the final round of the Gainbridge LPGA at Boca Rio in the final pairing, holding the 54-hole lead for the first time in her young LPGA Tour career. Playing with three-time Tour winner Nasa Hataoka, Sagstrom bogeyed twice and birdied once in her front nine, as Hataoka went bogey-free and recorded three birdies in her first nine holes.

Sagstrom knew she had to be aggressive in the last two holes to have a chance. As Hataoka hit the green with her tee shot on the par-3 17th, Sagstrom went pin-seeking and stuck her ball about three feet from the hole. A birdie tied Hataoka at -17, as the young Japanese star made par.

Fast forward to the 18th green, where Sagstrom’s approach left her far from the pin on the fringe. A simple chip to get closer left her par putt a must make, one she sunk to cheers from the gallery. Hataoka missed a short par putt and it took only a few seconds for Sagstrom to realize what that meant for her. As tears flowed, she became a Rolex First-Time Winner and the 12th different Swedish winner in the history of the LPGA Tour.

“I have never been in a situation like this before, so obviously it was all new to me,” Sagstrom, a three-time Symetra Tour winner, said of sleeping on the 54-hole lead. “I didn’t know how I was going to handle it or if it was going to go my way or not, so my whole goal today was just go out and stay patient and do what I have done the other days, because I was, first of all, really proud. I saw myself I had already won in my head today, not winning the tournament, but I had beaten my own demons and just making myself proud already, shooting 62 and following it up by a round of 67, which is huge for me in general. And just being up the leaderboard and putting myself in that situation was just a huge win for me.  And this is just icing on the cake right here.”

In 2019, the 27-year-old Swede missed out on qualifying for the Solheim Cup and making it into the Tour’s Asia swing. On Sunday in Boca Raton, Sagstrom said it was the long offseason that enabled her to work on her mental and physical game and ultimately get her into the winner’s circle in the first full field event of the 2020 LPGA Tour season.

“I put something on the Instagram in the beginning of the week, saying I’m determined that 2020 is going to be the best season yet. I didn’t know it was going to be this good right away,” Sagstrom said. “But no, I have worked really hard over many years now, and I think that the biggest change or the biggest journey I have had is within myself and my mental game. And finishing second last year really I could really say, okay, I’m good enough to play out here, being up in the top and potentially win. And then now it’s I really worked on, like, freeing that potential and getting it out there, and obviously I did this week.”