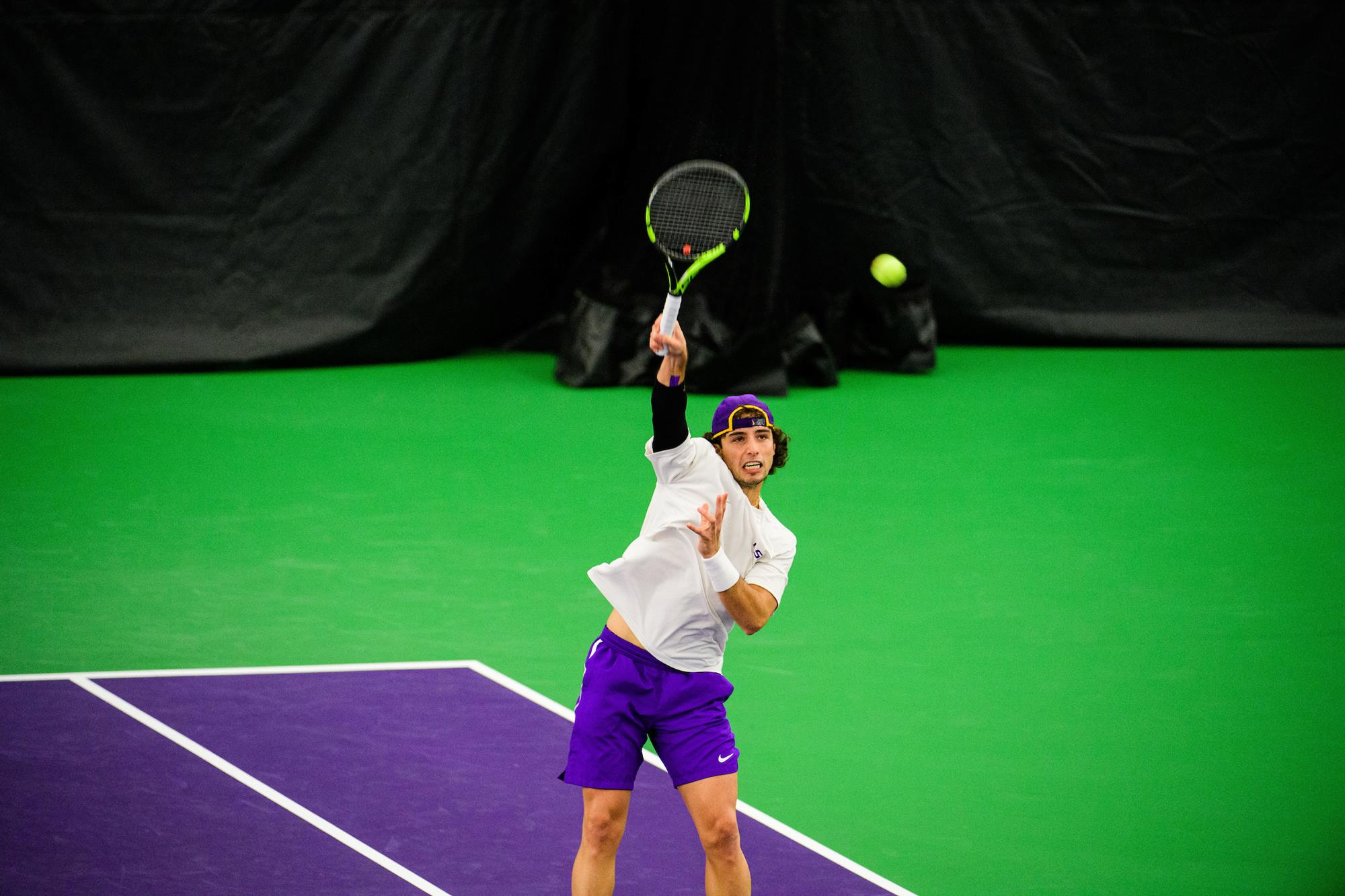 Tuscaloosa, Ala.—The LSU men’s tennis team suffered their first loss of the 2019-20 dual season to Dartmouth, 4-3, on Sunday at the Roberta Alison Indoor Facility in Tuscaloosa, Ala.

Much like the Tigers match on Friday against Virginia Tech, the score was deadlocked at three with all eyes on court two, only this time, it didn’t go LSU’s way.

Doubles kicked off early Sunday morning with LSU dropping their first doubles point of the year. The No. 28 Dartmouth duo of Charlie Broom and David Horneffer got off to an early 2-0 lead over LSU’s junior Joey Thomas and sophomore Daniel Moreno on court one. They weren’t able to dig out of the deficit as they fell 6-4. Senior Rafael Wagner and freshman Ronald Hohmann handled their business on court two like they’ve done all season. The duo took down the Big Green’s Peter Conklin and Casey Ross, 6-3. Boris Kozlov and Nick Watson would have to win their match on court three in order for the Tigers to clinch the doubles point but came up short. They fell to Dan Martin and Pierce Widdecombe 6-4.

Singles started up as soon as doubles concluded with pressure on LSU to win four of the six matches.

Malik Bhatnagar and Joey Thomas put the Tigers up 2-1 with quick wins of their opponents. Bhatnagar went to work on court one against No. 52 ranked Charlie Broom, 6-3, 6-2, while Joey Thomas did the same to John Spiecher on court six, 6-2, 6-1. Dartmouth went back on top after freshman Tomas Descarrega fell to Peter Conkin 6-3, 6-3, and Rafael Wagner was defeated 6-2, 7-5. Boris Kozlov tied it back up after winning a competitive tiebreak over David Horneffer in the second set, 6-3, 7-6(8). Soon after Kozlov tied the match up, Ronald Hohmann found himself fighting a match point, down 5-2 in the third set. It was too much to overcome for the freshman, as he was defeated, 5-7, 6-1, 6-3.