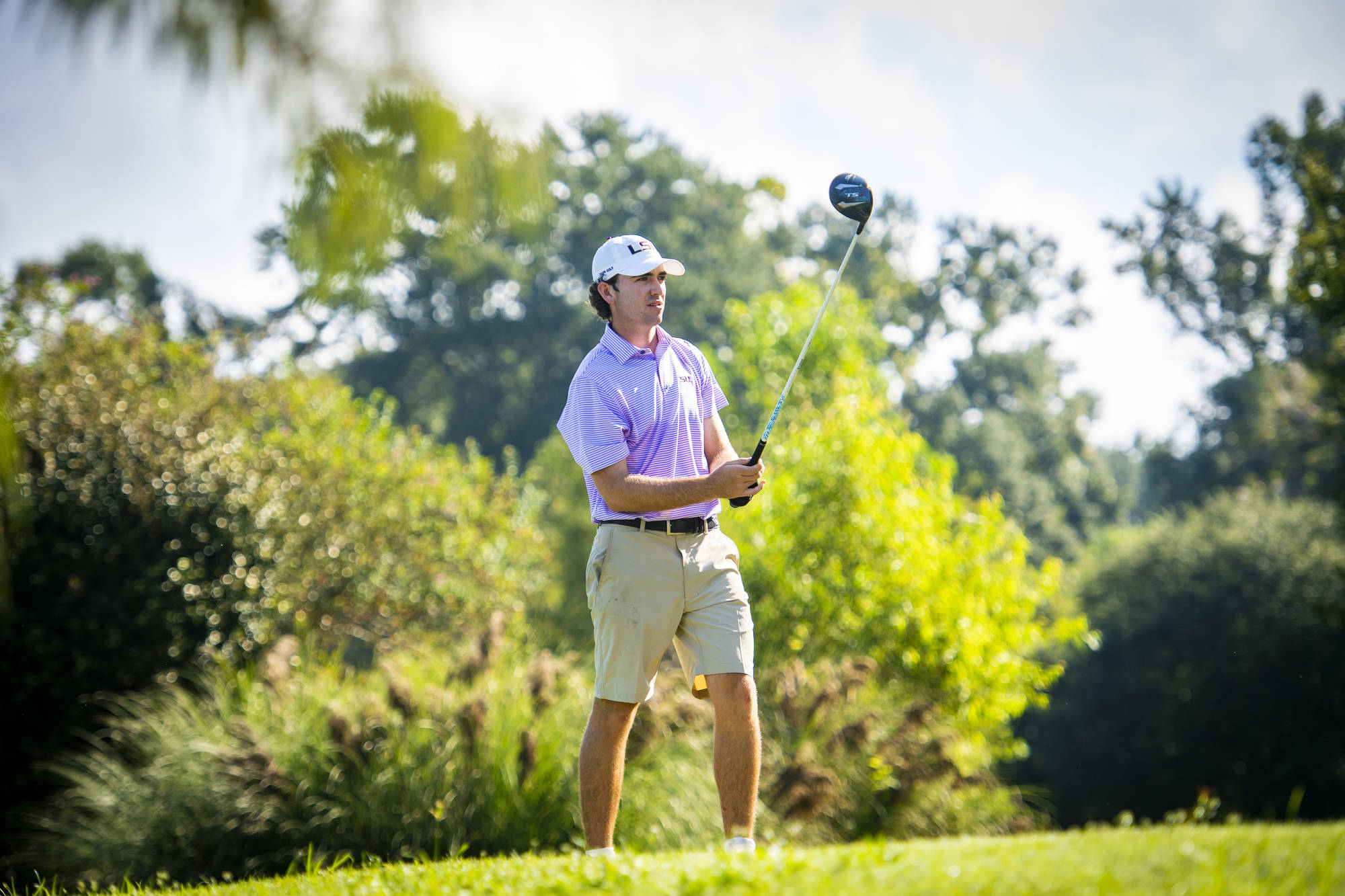 WESTLAKE VILLAGE, Calif. – The LSU men’s golf will head to California to take part in the 2020 Southwestern Invitational hosted by Pepperdine at the North Ranch Country Club. The 54-hole tournament will span over two days, with 36 holes played on Monday and 18 holes on Tuesday.

The North Ranch Country Club plays as a 6,992-yard par 72 course. The field for the tournament includes 11 other schools, four of which are included in the Golfstat Top 25 rankings: No. 6 Pepperdine, No. 10 Arizona State, Augusta, No. 4 BYU, California, North Texas, San Jose State, Stanford, UC Davis, No. 18 UCLA and USC.

LSU will go with a lineup of Philip Barbaree, Garrett Barber, Michael Sanders, Chris Woollam and Hayden White for the event.

The Southwestern Invitational will be the first tournament of the spring portion of the schedule after the Tigers had a productive fall season.

As a team, LSU finished the fall with a 49-under par cumulative team score. The Tigers also claimed a first-place team finish at the David Toms Intercollegiate in Shreveport.

Trey Winstead and Hayden White both finished with individual medalist honors in the fall as Winstead led the team with a 69.42 stroke average. Philip Barbaree trailed closely with a 69.67 fall stroke average. In all, 33 individual rounds of even par or better were turned in by the Tigers throughout the fall. The team totaled 10 eagles, 215 birdies and 663 pars during fall play.

Play at the Southwestern Invitational will begin at 9:45 a.m. CT Monday with tee times off holes 1 and 10. Play will continue following 18 holes to complete 36 holes the first day. Tee times will also start at 9:45 a.m. CT Tuesday to conclude the tournament.