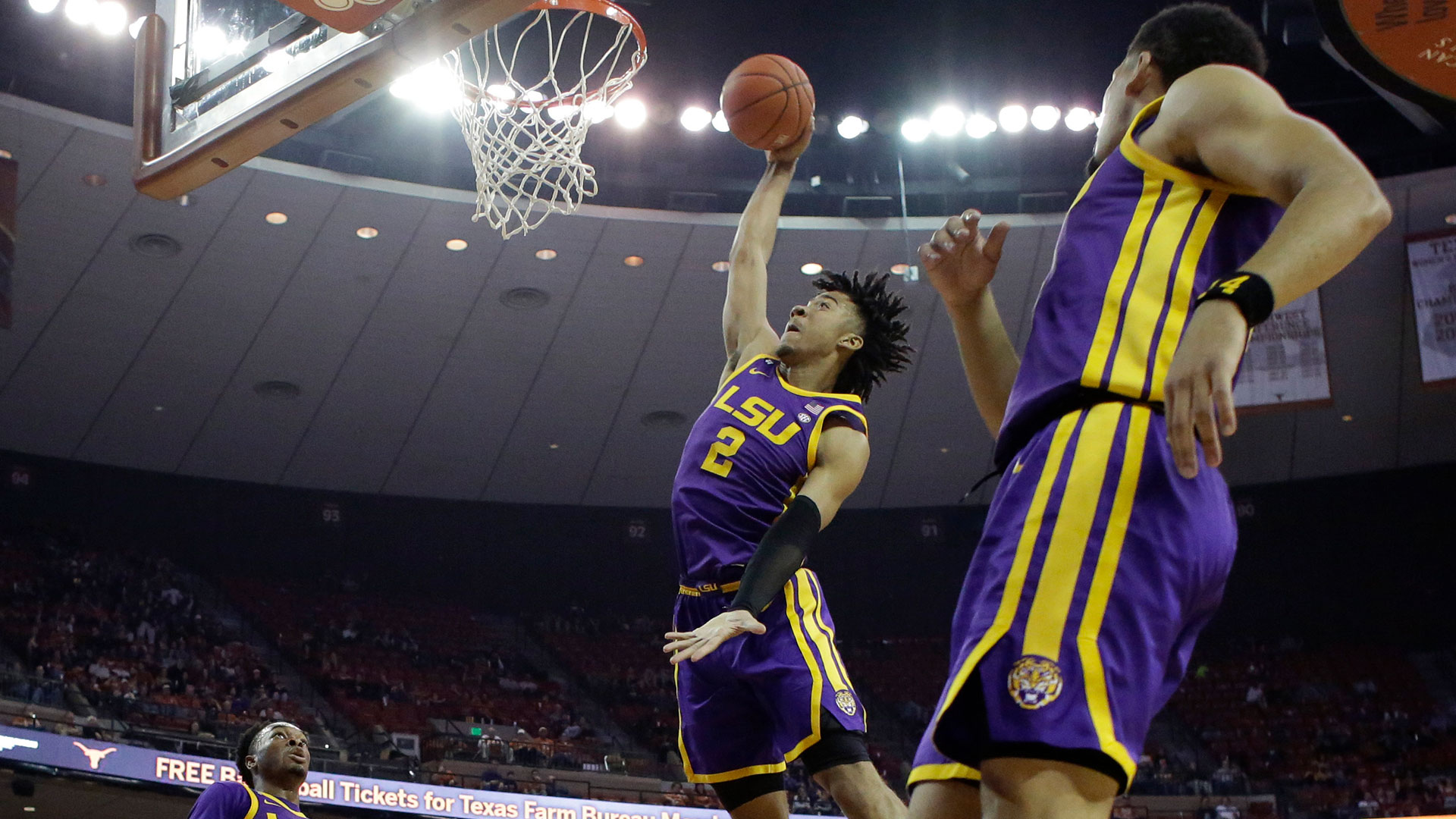 AUSTIN, Texas – It just couldn’t be any other way.

The LSU Tigers won for the eighth consecutive game (15-4), rallying again, this time from a couple points down after a big Texas run, to get a 69-67 win over the Texas Longhorns Saturday at the Frank Erwin Events Center in the Big 12/SEC Challenge.

Texas made a big run after LSU had built a 16-point advantage three minutes deep in to the second half. LSU appeared to be on cruise control and could have had a bigger lead at halftime than 42-32, but three straight turnovers allowed Texas to get two buckets right before the half.

The Tigers were up 48-32 with 17:08 to play and had two other 16-point advantages before Texas made its run. The Longhorns began to slowly cut into LSU’s lead and eventually took the lead, 58-56 on a Matt Coleman three-pointer with 4:52 to play. That put the Texas run at 26-8 which brought the Longhorns all the way back to the lead.

But LSU in its usual fashion answered the challenge and tied the game up on their next possession at 58-58 as Javonte Smart made two free throws.

The game kept going back and forth as Jericho Sims got a bucket in the paint to put Texas up, 60-58, with 4:16 to go. LSU missed a shot but after getting the rebound, Texas turned the ball back to the Tigers.

Out of the final media timeout, Trendon Watford had a shot blocked but LSU got the offensive rebound and Darius Days put in a jumper to tie the game at 60-60 heading to the final 3:15. Both teams missed shots before Marlon Taylor caused a turnover leading to a Watford layup that gave LSU the lead for good, 62-60, with 1:48 to play.

But the game was far from over. Texas missed a three and on the next possession, after an LSU miss, Skylar Mays grabbed the ball and was fouled. He made two free throws to increase the LSU lead to 64-60 with 49 seconds left.

Texas got a field goal and on the ensuing inbounds, Watford was fouled. The freshman had missed two straight free throws earlier in the half, but he calmly sank both to put LSU back up four, 66-62, with 16 seconds to go.

LSU made three-of-four free throws to close the game out as Texas made a buzzer trey for the final margin.

Watford had a huge night for LSU with 22 points, six rebounds and three assists in 32 minutes. Javonte Smart and Skylar Mays had 10 points each with Mays having five assists. Mays also kept his double figure scoring streak alive now at 11 games.

Andrew Jones had 20 points to lead Texas (12-7) with Coleman getting 17 points and Jericho Sims adding 14.

The Tigers, leaders in the SEC at 6-0, go back to SEC play on Wednesday night at 6 p.m. when LSU hosts Alabama. Tickets will be available during normal business hours at the LSU Athletics Ticket Office and online at LSUtix.net.