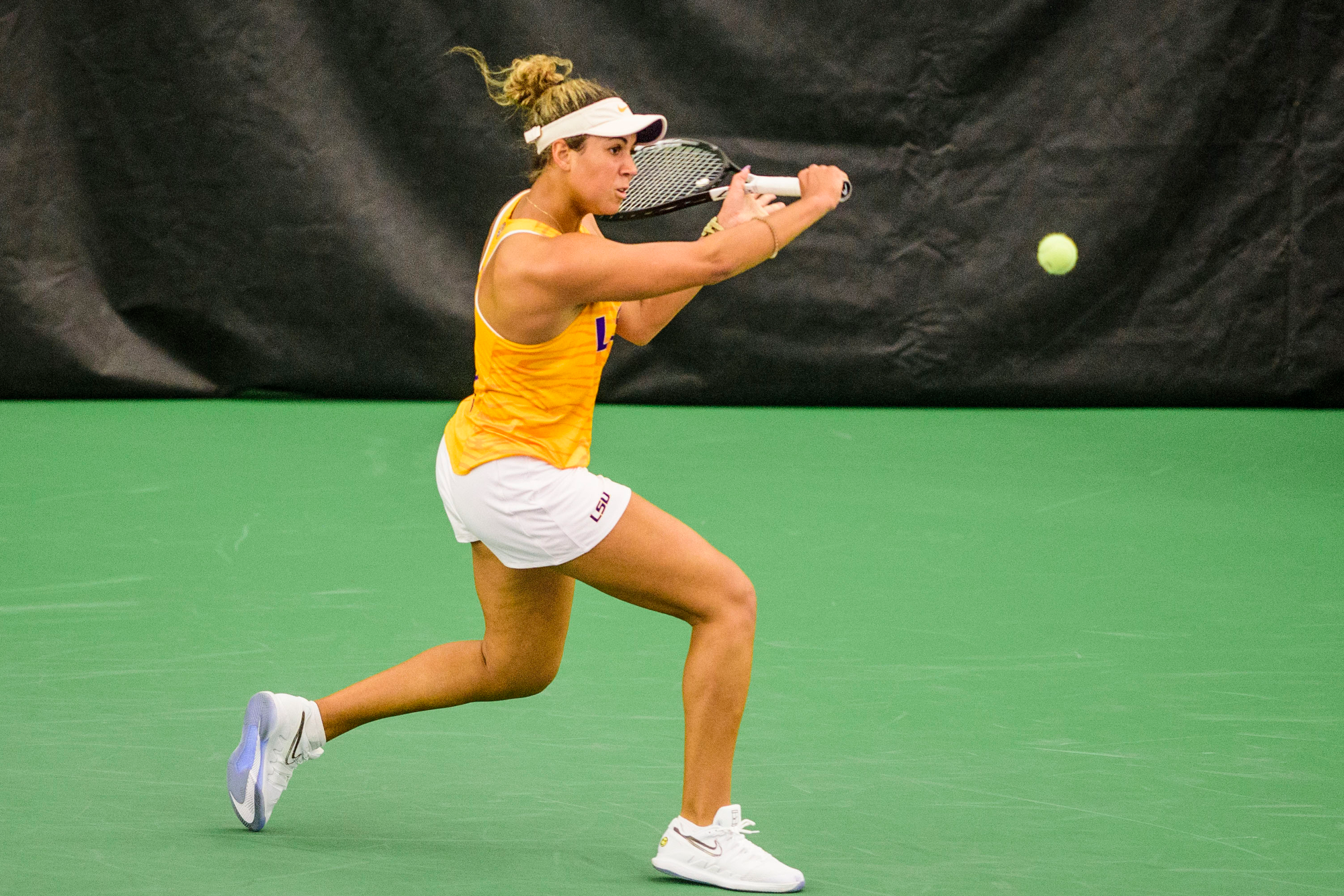 Austin, Texas – The LSU women’s tennis team advanced to the finals of the ITA Kickoff Weekend after defeating the Texas Tech Red Raiders by a score of 4-1 on Friday, January 24, at the Texas Tennis Center.

Junior Taylor Bridges and sophomore Anna Loughlan were the first off the courts in doubles, as they defeated Bojana Marinkov and Reagan Collins 6-3 at the No. 3 doubles.

The Red Raiders equalized when Olivia Peet and Margarita Skriabina managed to pull away enough to defeat senior Paris Corley and freshman Safiya Carrington at the No. 2 by a score of 6-4.

The doubles point was decided at the No. 1, where junior Eden Richardson and freshman Nina Geissler faced the duo of Nell Miller and Lisa Mays. The teams contested an even match, swapping games back and forth before requiring a tiebreaker to decide the point. The Tigers took an early lead and were in control the whole tiebreaker, coming away with a 7-4 win and clinching the doubles point for LSU.

The first singles point of the afternoon went to LSU after Geissler dominated her match at the No. 5 singles, defeating Marinkov in straight sets 6-0, 6-2.

Texas Tech earned their sole point of the afternoon and cut LSU’s lead to 2-1 at the No. 3 after Mays defeated Corley by a score of 6-3, 6-4.

Richardson extended LSU’s lead to 3-1 following a come from behind win at the No. 4 against Miller. Miller took the narrow first set by a score of 7-5 before Richardson responded with a strong 6-0 sweep in the second set to force the third. Richardson controlled the third set and held off a late surge to win 6-4.

No. 61-ranked Carrington clinched the match for the Tigers in a three set thriller against Peet at the No. 2. Peet held Carrington off in the first set to win 7-5 and take the match lead. Carrington replied with a good performance in the second set, winning 6-4 and forcing the decisive third set. Carrington dominated the third set and coasted to a 6-1 win to give the Tigers the win.

The Tigers will take on No. 7-ranked Texas in the final of Austin’s ITA Kickoff Weekend bracket, with a spot at the 2020 ITA Indoor Championship on the line. The Longhorns are 1-0 in the dual season, having swept Iowa 4-0 earlier in the day. Texas has three players ranked in singles, Anna Turati at No. 4, No. 43 Lexi Ryngler, and No. 98 Fernanda Labrana.