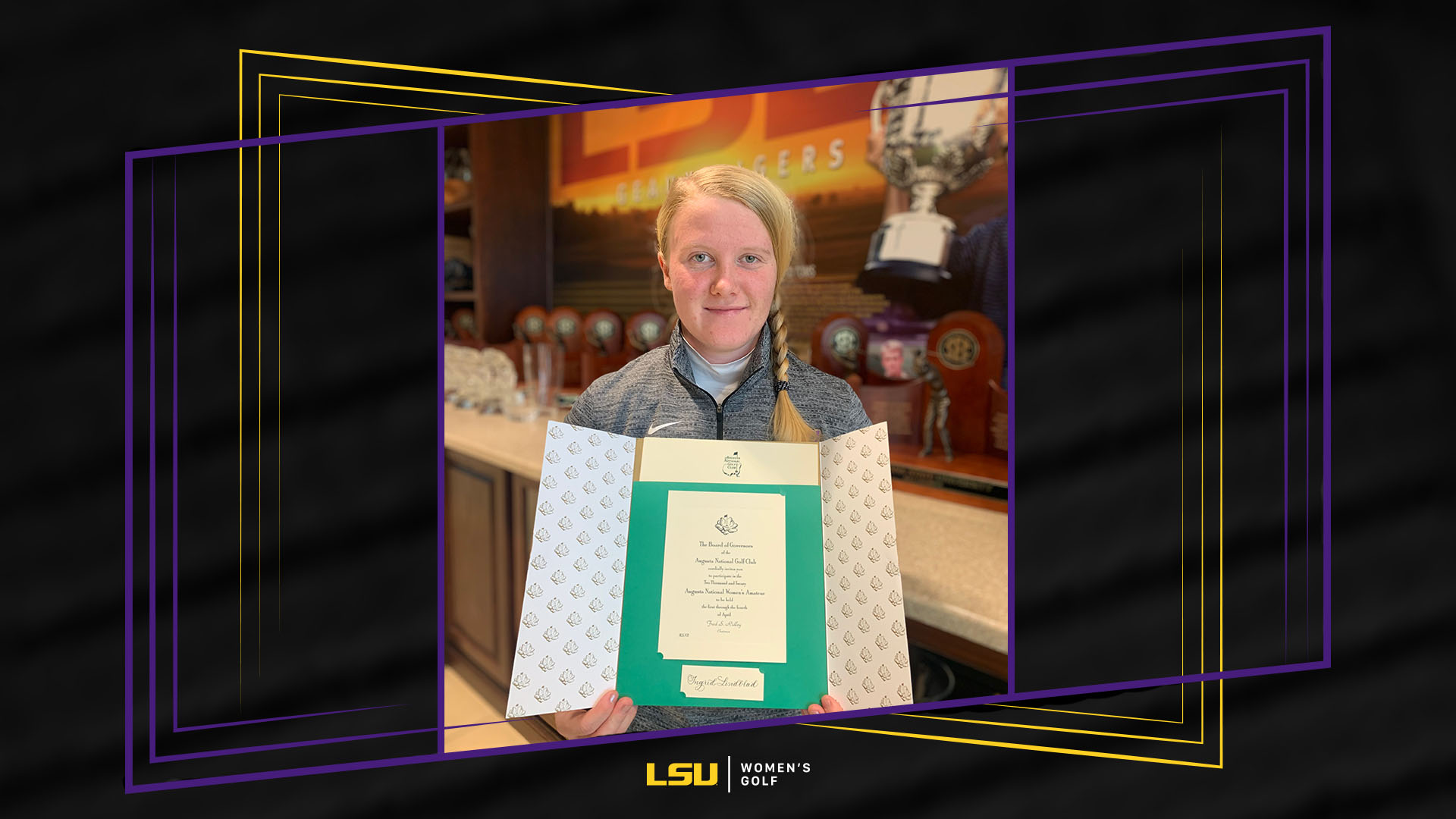 Lindblad was one of 72 amateur female golfers to be invited to play in the prestigious tournament the week before The Masters. As of January 21, 65 players have accepted their invitations.

Invitations were sent to winners of major women’s amateur golf tournaments and top players based on the World Amateur Golf Ranking at the end of the 2019 calendar year.

Lindblad ranked No. 4 on the WAGR list at the end of 2019 to earn an invitation. She will play 36 holes on the Island and Bluff nines at Champions Retreat Golf Club on Wednesday, April 1 and Thursday, April 2, after which a cut to 30 players will take place. The entire field will play an official practice round at Augusta National on Friday, April 3 with the group of 30 playing the final round on Saturday, April 4 at Augusta National. NBC Sports will broadcast three hours of live, final round coverage from 11 a.m.-2 p.m. CT. The event is sold out.

Lindblad is shooting 69.67 through the first four tournaments of her collegiate career, the lowest season stroke average in LSU history since current LPGA member Madelene Sagstrom’s 71.48 in 2014-15. Lindblad won the 2019 Magnolia Invitational and was at par or under in 75 percent of her 12 rounds played in the Fall season. After finishing tied for 11th at even par in her collegiate debut at the Mercedes-Benz Intercollegiate in Knoxville, she finished 4th at the Princess Anne Invitational (-4), won the Magnolia (-10) and tied for 5th at the Battle at the Beach (-5).

Lindblad and her teammates are the driving force behind LSU’s No. 16 ranking by all three women’s golf polls (Golfweek, WGCA & Golfstat) heading into the Spring 2020 season.

The Tigers, under the direction of second-year head coach Garrett Runion, return to action February 16 in the first round of the IJGA Collegiate Invitational at the Guadalajara Country Club in Mexico.