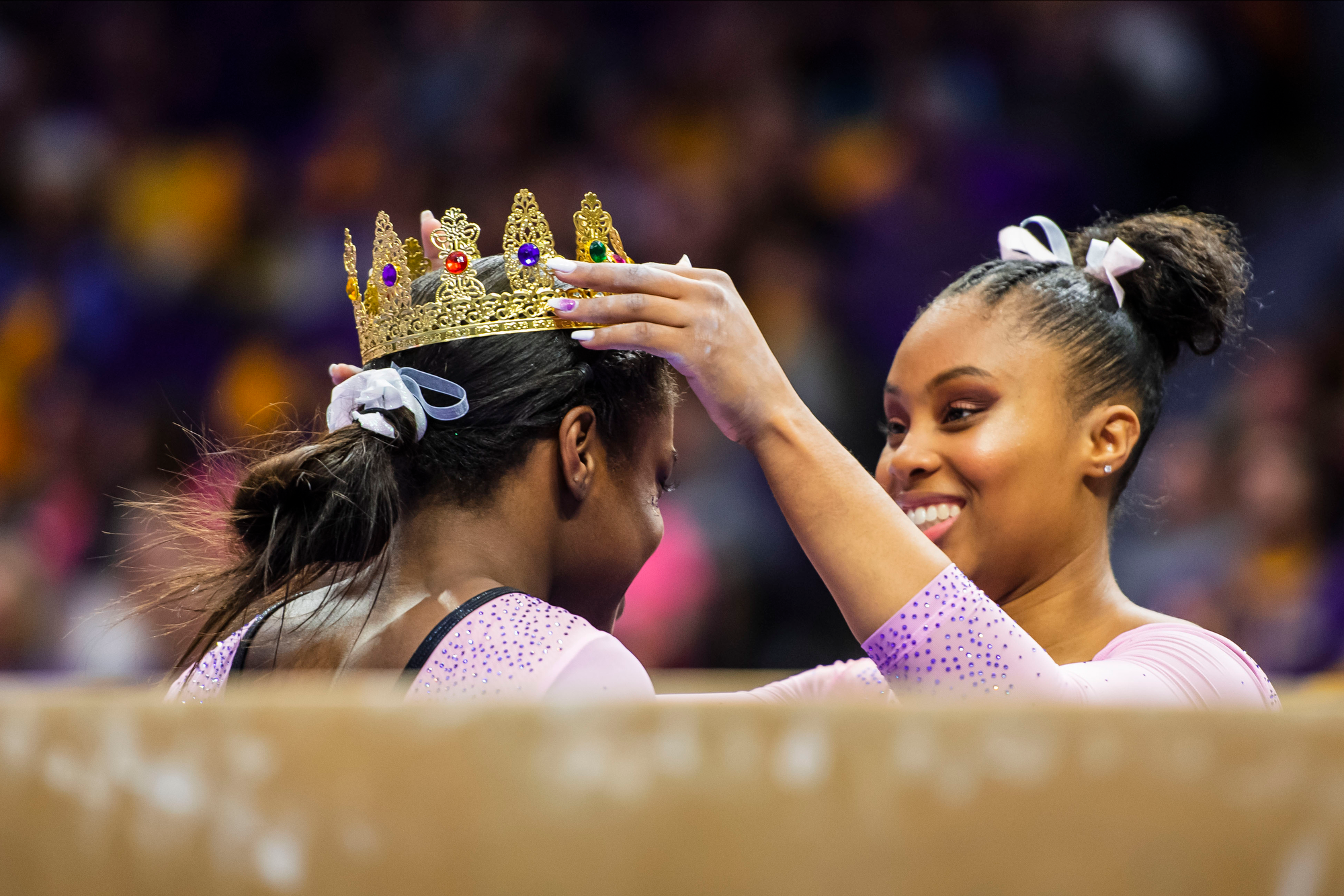 The Tigers put together their best performance of the season but ultimately fell to Florida who earned a nation’s high score of 198.375. LSU dropped to 3-1 on the season and 2-1 in the SEC.

Johnson and Edney finished second and third in the all-around with scores of 39.725 and 39.675. Johnson scored a perfect 10 on beam. The Texas native became the third LSU freshman to score a perfect score and the fourth gymnast to do it on beam.

“This team fought like Tigers in what was an incredible meet,” D-D Breaux said. “It was a complete team performance tonight led by Kennedi and Kiya who had absolutely fabulous meets. These scores were extremely high but these teams competed head to head. Everything about the meet was fabulous.”

Bars Opens with Stellar Performance
The LSU bars lineup put together the top performance of the season with a score of 49.425. Johnson opened the night with a career high 9.85 and was followed by Bridget Dean who matched her career high with a 9.85. Freshman Kai Rivers and junior Sami Durante each earned scores of 9.85. Edney tied her season high with a 9.90 and senior Ruby Harrold set a new career high in the anchor spot with a 9.975.

Tigers go Season High on Vault
LSU put together its top vault performance of the season with a 49.425 to get within .050 of Florida after two rotations. Freshman Kai Rivers opened by setting a career high with a 9.90. Harrold continued her outstanding night with a 9.95 to match her career high. Edwards scored a 9.875 in the fourth spot of the lineup and Edney and Johnson followed with scores of 9.95 and 9.90 respectively.

Johnson Highlights Floor with Career High
After facing adversity in the rotation, Edney and Johnson, the reigning SEC Gymnast of the Week, highlighted the night with scores of 9.90 and 9.975. Harrold opened the rotation with a 9.80 and junior Olivia Gunter set a career high with a 9.85.

Beam Hits Six for Six to Finish Complete Meet
The Tigers hit all six routines to wrap up the meet and didn’t blink with a 49.525 in the final event. Dean, Rivers and Reagan Campbell earned scores of 9.85. Durante posted a season-high 9.90 and Edney followed with a 9.925. Johnson became the fourth gymnast in the nation to score a 10 in the fifth spot of the LSU lineup.

Next Up
LSU will return home to face Alabama at 7:30 p.m. CT Friday inside the Maravich Center. The meet will be televised on SEC Network.