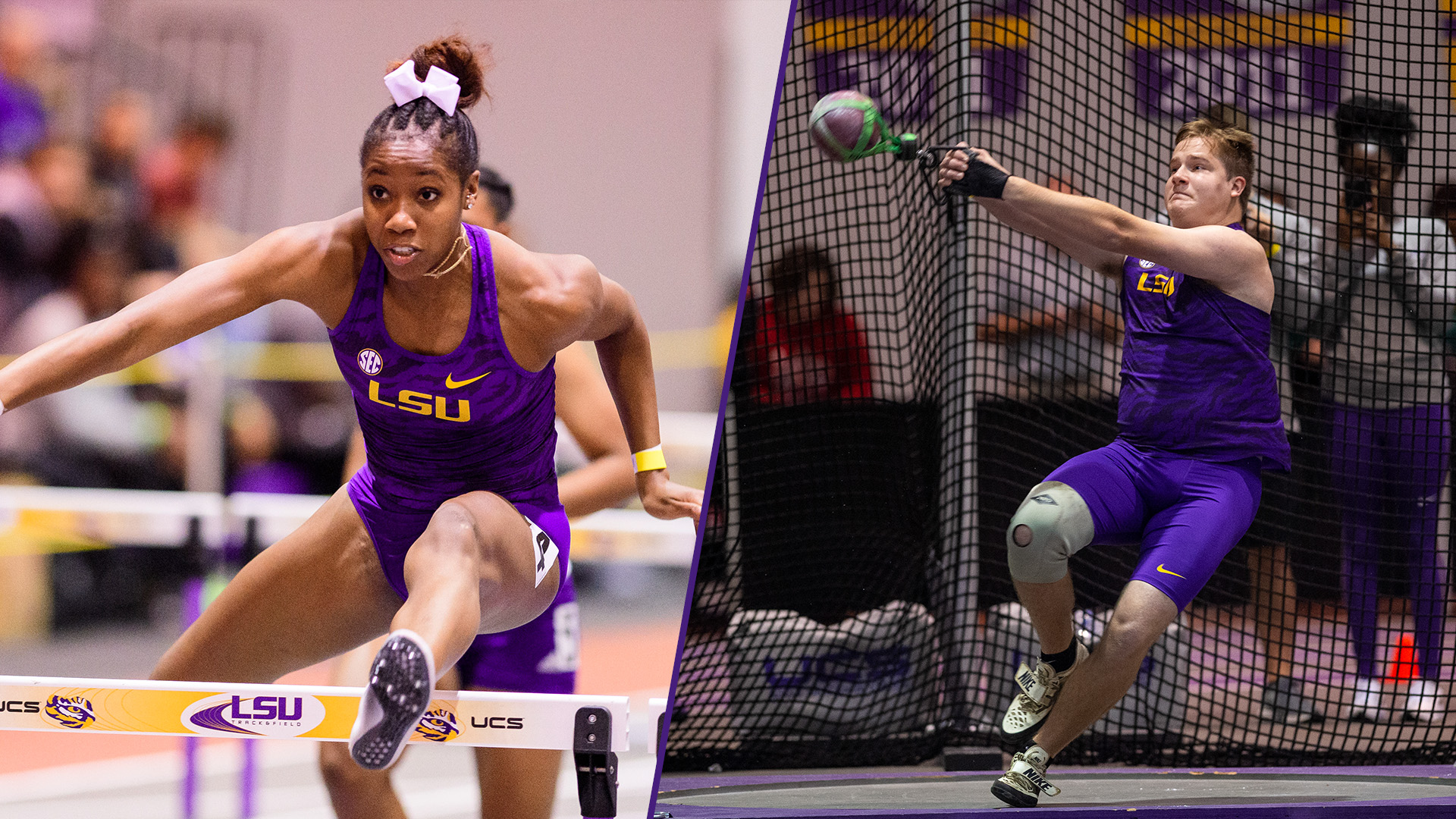 Albuquerque, N.M. – The nationally ranked LSU track and field program will go on the road for the second straight week to compete in the Dr. Martin Luther King Collegiate Invitational in Albuquerque, N.M. The Tigers will be in action on both Friday, Jan. 24 and Saturday, Jan. 25 in the Albuquerque Convention Center.

Thirty-seven LSU track and field athletes (19 men & 18 women) will suit up on Friday and Saturday as the Tigers begin competition in Albuquerque.  LSU will start Friday afternoon at 5 p.m. CT with the men’s long jump and the men’s pole vault and will finish the night with the women’s 200 meter competition at 8:45 p.m. CT.  The Tigers will then get things started Saturday morning in the women’s shot put which will begin at 10:30 a.m. CT and will end at 3:20 p.m. CT with the women’s 60 meter dash final. A full competition guide can be viewed above.

LSU will be competing against a number of professionals, USC, Texas, New Mexico and a plethora of other schools. The Tigers will return to Albuquerque March 13-14 for the NCAA Championships.

Eight individual athletes and each of the winning 4×400 meter relay teams entered the NCAA Top-10 list for their impressive performances at the Corky Classic. Tonea Marshall’s NCAA leading time of 7.86 converts to a 7.88 for NCAA qualifying purposes due to her time being run at altitude. The original time of 7.86 is a 2020 world lead and it made her the third-fastest 60 meter hurdler in NCAA history. Mercy Abire (women’s long jump) and JuVaughn Harrison (men’s high jump) registered the second-best marks in the NCAA with a long jump of 21′ 1.50″ (6.44 meters) and a high jump of 7′ 5″ (2.26 meters), respectively. Damion Thomas (7.71@) and Brittley Humphrey (8.17@) registered the No. 4 and No. 5 60 meter hurdle times in the nation as well at the Corky Classic. The men’s 4×400 meter relay of Dorian Camel, Raymond Kibet, Dylan Peebles, and Tyler Terry ran a NCAA No. 2 altitude-converted time of 3:08.67 to close out the Corky Classic.

Other NCAA Top-10 Marks by LSU:

At the Corky Classic, five athletes registered LSU top-10 marks. Tonea Marshall’s time of 7.86 in the 60 meter hurdles broke Jasmin Stowers previous school record of 7.96 that was run in 2014. Eric Edwards Jr. ran the sixth best time in school history (7.71) in the 60 meter hurdles in Texas. Akanni Hislop (6.65) and Dylan Peebles (6.66) entered the top-10 list for the 60 meter dash in the No. 5 and No. 8 spots, respectively. The fifth and final LSU athlete to enter the record book was Mercy Abire in the long jump; she jumped out to a personal best of 21′ 1.50″ (6.44 meters) to rank tied for fourth in school history.

The 2020 preseason U.S. Track & Field and Cross Country Coaches Association rankings were released on Jan. 8. The LSU men began the season ranked No. 2 in the land, while the women’s squad checked in at No. 16. The rankings will next be updated on Jan. 27.

JuVaughn Harrison was one of 10 men named to The Bowerman preseason watch list on Jan. 7. Harrison enters his junior season for LSU as a two-time national champion, two-time SEC champion and three-time All-American after his first two seasons of competition in Baton Rouge. The long and lanky, multi-talented jumper became the first man in NCAA history to sweep the high jump and long jump national titles in NCAA history last June.

Harrison opened up the 2020 Indoor track and field season with a long jump of 25′ 0.50″ (7.63 meters) at the Purple Tiger Invitational for silver. Harrison followed up his season debut in the long jump with another outstanding performance as he won the men’s high jump with a clearance of 7′ 5″ (2.26 meters). He is scheduled to long jump this weekend.