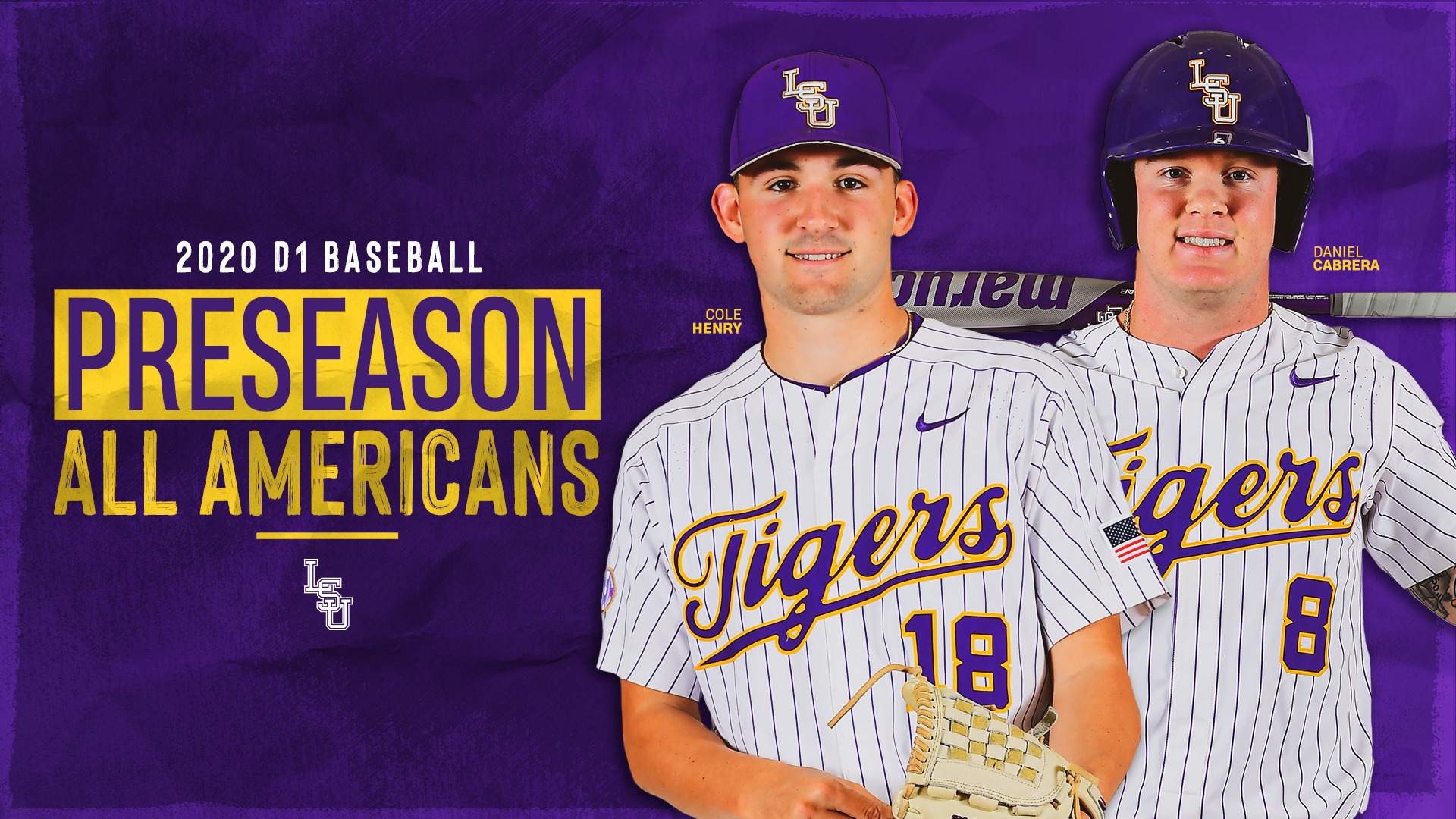 Cabrera was selected to the second team, and Henry was voted to the third team.

The Tigers’ primary leftfielder for the past two seasons, Cabrera will start in either center field or right field in 2020. He is a career .300 hitter with 30 doubles, four triples, 20 homers and 104 RBI.

Henry, a right-hander from Florence, Ala., was 4-2 last season with a 3.39 ERA in 14 appearances (11 starts). He worked 58.1 innings, recording 18 walks, 72 strikeouts and a .226 opponent batting average. Henry was named to the Freshman All-SEC squad in a vote of the league’s head coaches.

He was voted to the NCAA Baton Rouge Regional All-Tournament team after firing five shutout innings on versus Southern Miss, allowing just two hits with three walks and six strikeouts.

Henry was named SEC Co-Freshman of the Week after defeating Florida with a superb effort, limiting the Gators to one run on four hits in 5.1 innings with no walks and a career-high 12 strikeouts. His strikeouts total was the most by an LSU pitcher in an SEC game since March 30, 2017, when Alex Lange recorded 12 Ks against Texas A&M.

Henry earned a win over Texas A&M on April 6, limiting the Aggies to two runs on six hits in a career-long eight innings with no walks and nine strikeouts. He threw 96 pitches in the outing, allowing two runs in the first inning before firing seven straight shutout frames.