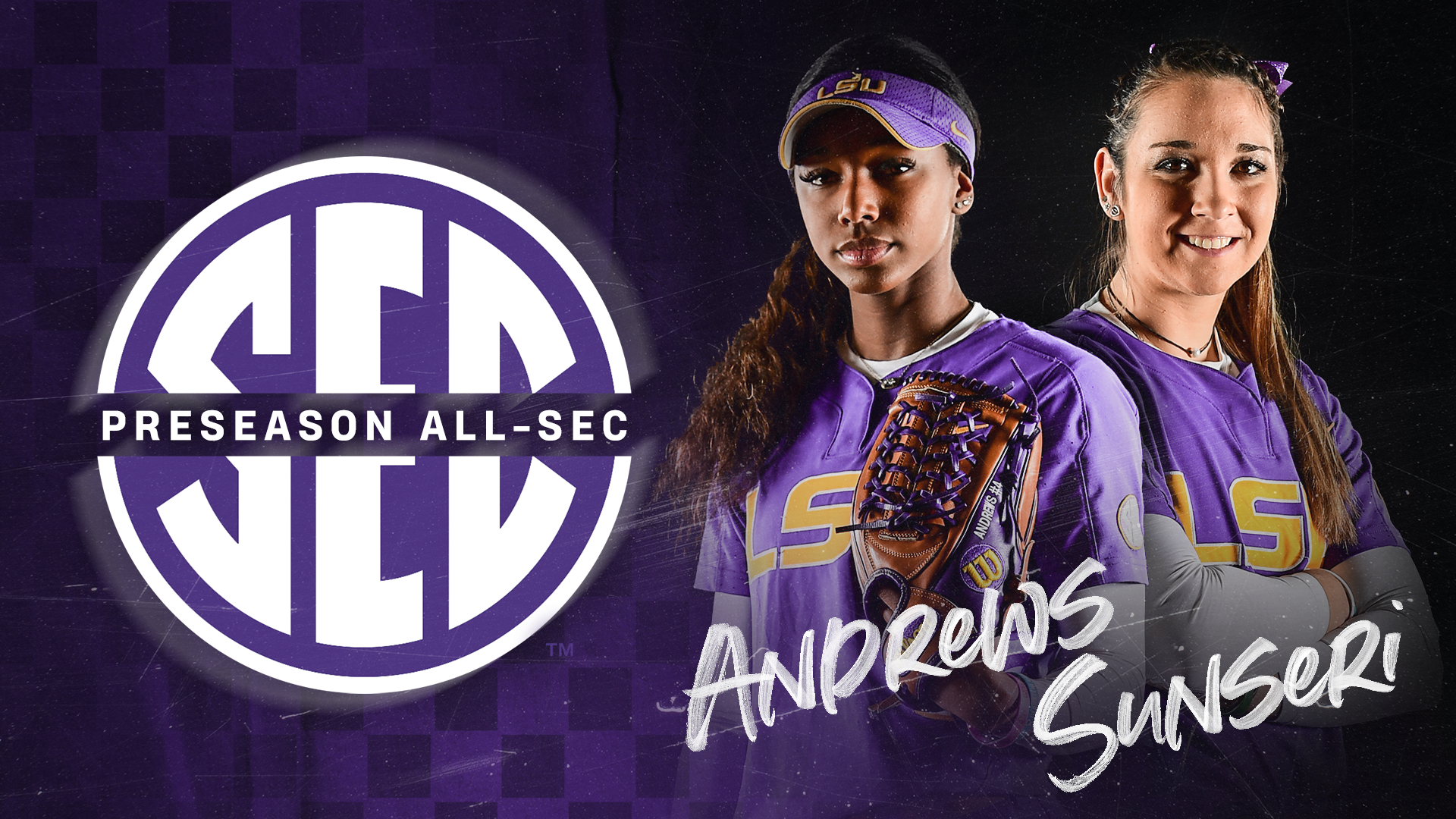 Alabama put three representatives on the team, while Arkansas, LSU and Tennessee each have two student-athletes on the squad. Florida, Kentucky, Mississippi State and Missouri all have one player named to the team. In a class-by-class breakdown, the 2020 team consists of six seniors, six juniors and two sophomores.

The Preseason All-SEC Softball Team is voted on by the league’s head coaches and consists of a minimum of 14 players. Each SEC head coach voted for five infielders, four outfielders, three pitchers, one catcher and one designated player/utility. No ties were broken.

Andrews, a two-time All-SEC and SEC Defensive Team selection, finished the 2019 season with a .358 batting average, scoring a team-leading 61 runs. She broke the program’s single-season stolen base record last season with a total of 47. She tallied 73 hits on the year and finished with a .980 fielding percentage in center field, recording 94 putouts, three assists and just two errors on 99 chances.

Sunseri, a 2019 NFCA Second Team All-American, finished 2019 with a .340 batting average. She tallied 54 hits, including 14 doubles and 17 home runs, one shy of tying the single-season home run record. She scored 30 times on the year and recorded at team-high 60 RBI. She finished with a .748 slugging percentage and a .468 on-base percentage.

In the circle, Sunseri made her mark as well, finishing with a 2.34 ERA and a 13-10 record. She put together five shutouts and earned five saves, tying the program’s single-season save record. In 137.2 innings, she record a team-high 86 strikeouts and held her opponents to a .218 average.

Sunseri started off the 2019 season with a 30-game on-base streak. She hit a home run in three-straight games (Bucknell, Oklahoma State, Oregon). Of her five shutouts last season, three came against Top 75 teams.

LSU finished the 2019 season with a 43-19 overall record after falling to Minnesota in the Minneapolis Super Regional. The Tigers return 16 players to the 2020 squad and add seven newcomers to the roster.

Single-game tickets for the 2020 LSU softball season are now on sale through the LSU Ticket Office and online at LSUtix.net. For more information on the 2020 softball schedule, click here.