Skylar Mays' Patience Pays Off in Critical Win over Florida 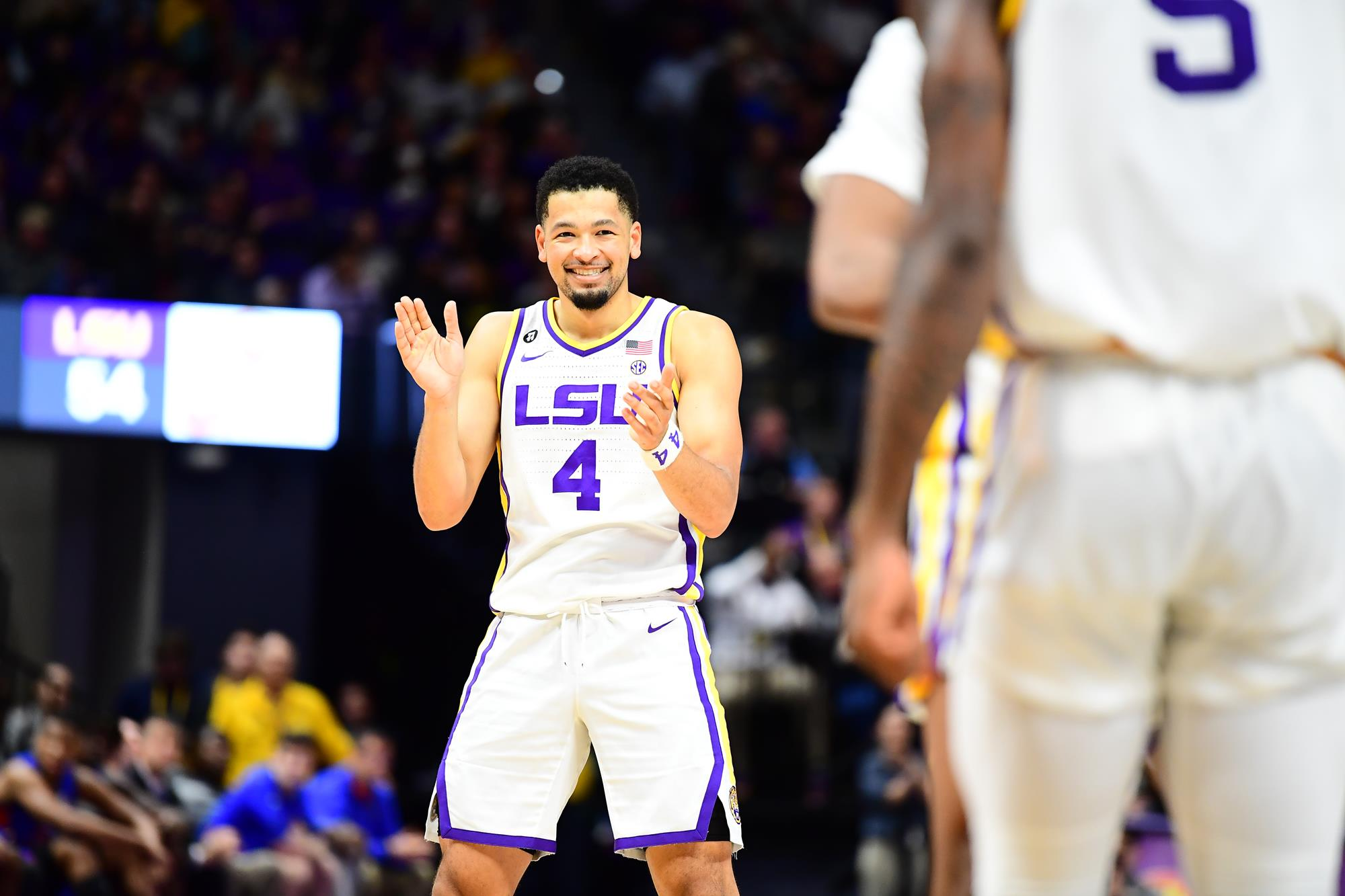 Skylar Mays pounded the ball into the court four times, just to emphasize the point.

As if his play in the minutes prior didn’t make it plenty clear for him. With LSU up four on Florida and five minutes remaining, Mays hit a running layup, a contested three, and snatched a steal – leading to those four emphatic dribbles and, eventually, a Darius Days layup – to spark a 7-0 run and all but cement the Tigers’ spot atop the SEC standings.

In LSU’s 84-82 win over the Gators Tuesday night, Mays was the best player on the floor for the best team in the conference. The Tigers moved to 6-0 in the league – a game clear of Kentucky, two clear of the rest of the field, and a seventh straight win for Will Wade‘s squad – and Mays made a definitive statement.

He’s the SEC Player of the Year through six games, and it’s not particularly close.

The stat line, as almost all of Mays’ have been this season, was excellent: 18 points, 7 assists, and 4 steals in 36 minutes of play.

He finished with 18 points, 7 assists and 4 steals pic.twitter.com/sFHkiJEEDR

It’s even better with context. He was at his best when the game was on the line, picking up 14 points and 4 assists after halftime.

If Mays has improved in any area most this season, head coach Will Wade says, it’s in learning how to pick his spots.

“The area he’s improved most in is his patience,” Wade says. “Last year everyone’s defense was built to stop Tremont (Waters) by trying to bottle him off of ball screens, but this year teams are focusing on Skylar.  It’s tough for him to score and get going on early in the game. Teams are building a wall, not letting him drive.”

That as Florida’s game plan early, as they switched every screen and guarded the elbows to take away Mays’ driving lane. At first, it worked, especially as LSU went scoreless for more than six first half minutes and the Gators built a seven-point lead in the game’s first 10 minutes.

With the Gator defense well prepared to take Mays away, he simply waited for his moments and moved the ball to his teammates. Trendon Watford (12 first half points) proved the biggest beneficiary early, but Mays managed just four on four shot attempts in the first half.

Even the plays we were running for him, they were loaded to him,” Wade said, crediting Florida’s game plan, “and he had to hit slips and stuff like that.”

Eventually, however, Wade knew the dam would break. He likened Mays’ relentlessness attacking the rim to the Tigers’ ability on the offensive glass. Every team knows that, against LSU, you have to prevent offensive rebounding. The plan may work for a little while, but the Tigers keep coming, and they eventually get what they want. (Tuesday was no different – LSU finished +10 in rebounds, including 15 on the offensive glass.)

Like his teammates’ pervasive attacks on the glass, Mays kept prodding the Gator defense, and he eventually found his way through in the second half, knocking down 4-of-10 from the field and 5-of-6 from the line.

“That’s the thing with Skylar,” Wade said. “They can be focused on him for periods of time, but over the course of a 40 minute game, you’re going to lose him quite a bit. That lets him get loose, and that’s what he did in the second half.”

Mays masterminded the decisive 7-0 run that pushed LSU ahead by enough of a margin to survive a late-game series of errors that allowed Florida to come within a tenth of a second of sending the game into overtime. Like his team, he wasn’t perfect – he pointed to a missed free throw and a rushed layup late that would’ve made the win far more comfortable.

LSU doesn’t need him to be perfect, though. Just patient.

Tuesday night, that patience paid off. First, his teammates got theirs – six Tigers finished in double figures on the night.

Then, Mays finished the job, with a layup and a three, a steal and four emphatic bounces of the ball, and a seventh straight win to keep the Tigers atop the SEC.

“I trust my teammates,” Mays said. “I’ve got some talented guys around me, man. I don’t have to shoot it every time. I just try to make the right play always, and I trust these guys to make the right play. They’re doing a great job, and I think that goes back to this being balanced tonight, with six guys getting double figures. It’s just working for us.”