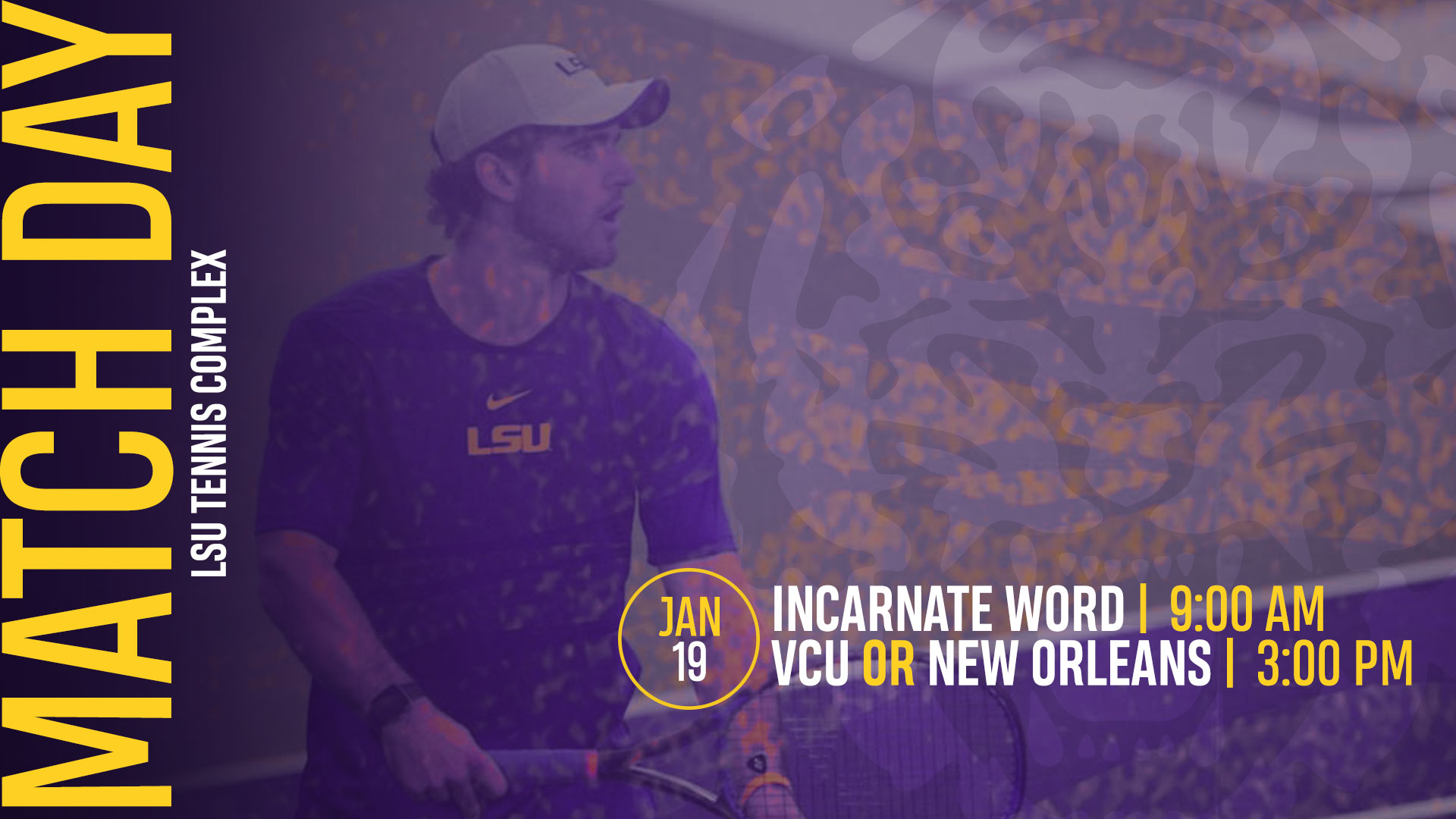 BATON ROUGE, La. – The LSU men’s tennis team will be hosting the Incarnate Word Cardinals, the VCU Rams, and the UNO Privateers this Sunday at the LSU Tennis Complex. The first match of the day will be LSU taking on UIW at 9:00 a.m., followed by UNO and VCU facing off at 11:00 a.m. The winners of the two matches will go on to play in the finals at 3:00 p.m.

The Tigers are coming off an impressive doubleheader sweep of Alcorn State last Sunday, starting their season off on the right foot with a 2-0 record. LSU didn’t drop a match the whole day, starring freshman Tomas Descarrega and junior Malik Bhatnagar receiving two singles wins on the day. Also, freshman Ronald Hohmann got his first of many victories in a Tiger uniform.

This will be VCU’s first match of the Spring Dual season after finishing the 2018-19 season with a 16-10 record, going 2-0 in Atlantic-10 play. The Rams have a young team, with four of their eight players being freshman. They’re returning four starters in head coach Anthony Rossi’s third season with the team. They currently have one player, Inigo Torre Martin, ranked in singles, where he stands at 109.

A trip to Baton Rouge will also be the Cardinals’ first match of the Spring Dual season. They have six returning starters and will be trying to improve from an 6-15 record, going 1-4 in the Southland conference. Head coach and alum, Jonas Andersson, is going into his second year as the coach of the team.

LSU will be looking to spoil another Spring Dual opener, this time for the University of New Orleans. UNO finished last season going 7-14 in duals and going 1-4 in Southland play. The Privateers only have three returning starters, with their three out of their four all-conference doubles players graduating. Head coach Burzis Kanga will be going into his tenth season as coach.