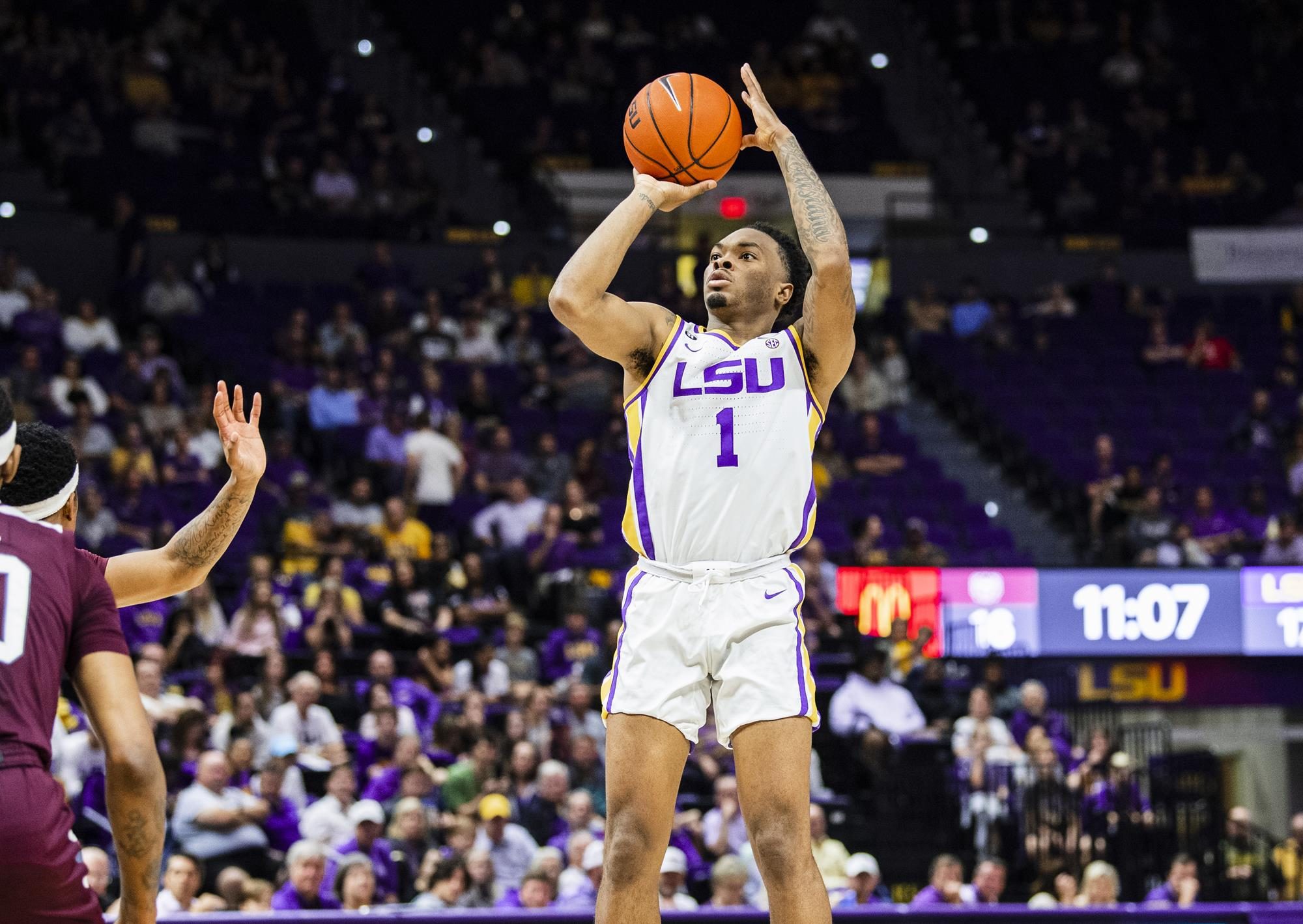 OXFORD, Miss. – The LSU Tigers played to its specialty, the six-minute game, rallying from six points down in the final 6:57 of the game to score an 80-76 win over Ole Miss Saturday night at The Pavilion at Ole Miss.

LSU remains the only undefeated team in the Southeastern Conference at 13-4, 5-0 in the SEC, and Ole Miss falls to 9-8 and 0-4 in the league.

The Tigers are now winners of 12-straight games on the road in the SEC, 10 straight Southeastern Conference games overall and six games in a row this season.

Javonte Smart led LSU with 20 points and six rebounds, hitting four treys, while Emmitt Williams had 17 points and seven boards. Skylar Mays had 15 points and four assists. Marlon Taylor in his best game since his return several games ago had 13 points and six rebounds. Taylor did not make the trip to Texas A&M on Tuesday so doctors could evaluate his foot, which has given him problems since summer left leg surgery.

Coach Will Wade has talked since he has been here about getting into a six-minute game and being around at that point to be able to finish the game. LSU has been a finishing team. After winning by 14 at Tennessee, the Tigers have won by two against Arkansas, one against Mississippi State, four in overtime at A&M and four at Ole Miss.

A big Ole Miss run put the Rebels up 67-61 inside seven minutes but two free throws by Williams and a three-pointer by Smart quickly got LSU back to within one.

The Tigers would eventually tie the game and take the lead on free throws by Taylor at 70-69 with 4:30 to play. A Tyree jumper put Ole Miss back briefly at 71-70 but when Williams scored on a layup, the Tigers had the lead for good.

But teams had a couple of empty possessions before Mays got a layup to make it 74-71, LSU, with 2:23 to play. Ole Miss then missed two three-pointers before Mays drove and scored again to put the game to 76-71 with 52 seconds to play.

LSU would make 4-of-4 at the free throw line in the waning seconds to clinch the win, the second team in the Tigers 12-game road streak to have been defeated twice in their building by LSU.

The Tigers again had the big advantage on the road at 47-31 and 12-8 on the offensive board. The Tigers had a 21-9 advantage in second chance points.

Trendon Watford led LSU with 10 rebounds. Five players combined for the good night at the line.

LSU now faces a big home game on Tuesday night at 6 p.m. against the Florida Gators. The teams split games last year with each team winning on the opponent’s home floor. The game will be televised on the SEC Network and broadcast on the LSU Sports Radio Network. Tickets will be available at LSUtix.net.