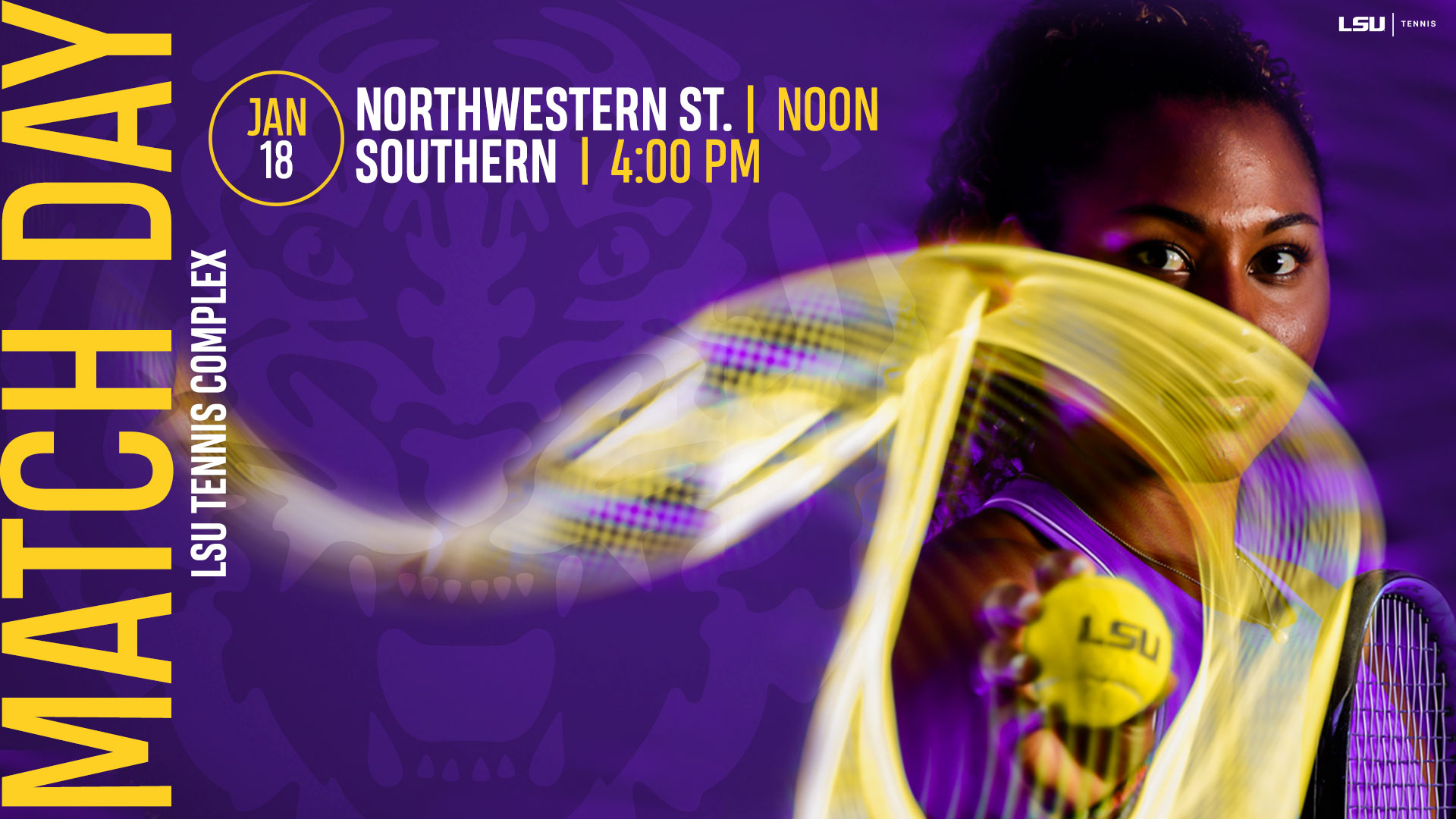 BATON ROUGE – The LSU women’s tennis team will kick off the 2020 dual season when they host Northwestern State and Southern in a doubleheader that will begin at noon CT on Saturday, January 18, at the LSU Tennis Complex.

LSU will take on Northwestern State first at noon, followed by Southern at 4 p.m. CT. Admission to all matches in the LSU Tennis Complex is free. Fans can follow the match at www.LSUstats.com and on Twitter @LSUWTen. The matches can also be streamed online at LSUsports.net.

“This team is ready,” co-head coach Michael Sell said. “We have a really competitive group that is cohesive and eager to start the dual season. We’re excited to translate their hard work and preparation into match play and set the tone for the season!”

LSU will face Northwestern for the 24th time in program history. The Tigers boast a 22-1 overall record in the series. When the two teams last met in 2018 at the LSU Tennis Complex, the Tigers swept the Lady Demons by a score of 7-0.

The Tigers and the Jaguars have faced off 27 times, with the Tigers earning the win in every match. Last year, LSU swept Southern 7-0 at the LSU Tennis Complex.

Three Tigers are ranked in the ITA/Oracle Individual Rankings headed into the season. Junior Taylor Bridges checks in at No. 42 after she enjoyed a successful fall season. Bridges won the singles bracket of the ITA Women’s Southern Regionals in October and earned two wins at the ITA Fall National Championships to finish 9-3 in singles play.

Freshman Safiya Carrington earned her first collegiate ranking, checking in at No. 61. Carrington went 9-3 in ITA tournaments this fall, including two wins over ranked foes.

Senior Paris Corley was the third and final player to earn a ranking, coming in at No. 105. Corley’s 11-4 singles record meant she led the team in singles wins in the fall and ranked wins, having earned two against Top 25 opponents.