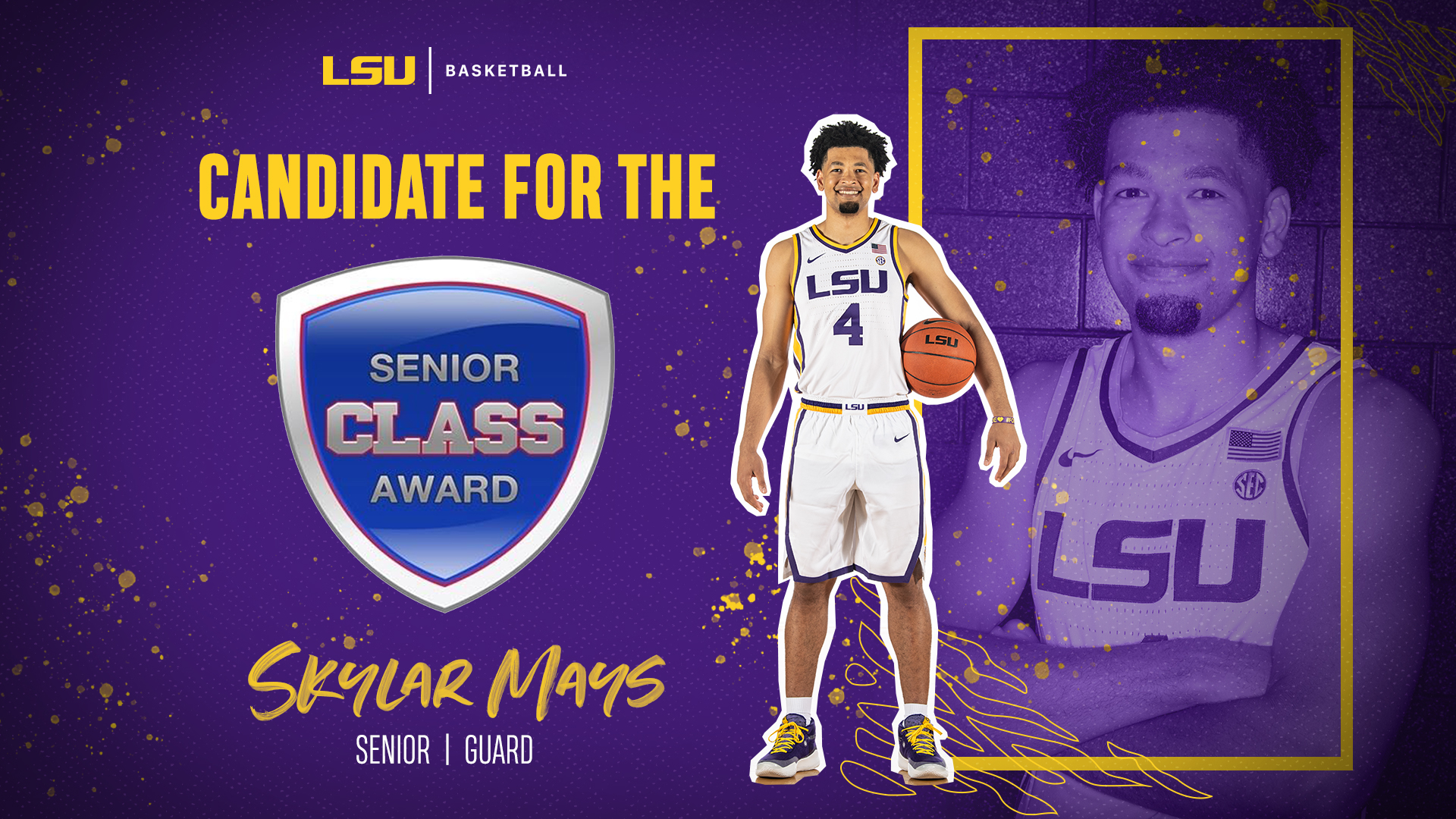 BATON ROUGE – LSU Basketball guard Skylar Mays is one of 30 student-athletes who excel both on and off the court announced as candidates Friday for the 2019-20 Senior CLASS Award.

The award is presented by the NCAA. To be eligible for the award, a student-athlete must be classified as an NCAA Division I senior and have notable achievements in four areas of excellence: community, classroom, character and competition. The complete list of candidates follows this release.

An acronym for Celebrating Loyalty and Achievement for Staying in School ®, the Senior CLASS Award focuses on the total student-athlete and encourages students to use their platform in athletics to make a positive impact as leaders in their communities.

Mays presently leads the LSU Basketball team in scoring average at 16.0 points per game and is second in the SEC in steals average at 2.1 steals per game. He is the top 25 in career scoring at LSU and top 10 in career assists and steals.

Off the court, Mays is a 2019 First Team CoSIDA Academic All-America and a 2018 Second Team Academic A-A. He has for two straight years won the Jesse Owens Student GPA Award as presented by the LSU Black Faculty/Staff Caucus.

Among the 60 candidates, all are in excellent academic standing with 23 having grade-point averages of 3.5 or higher. Twelve athletes are returning to the court this season after receiving All-America honors, and 46 of the candidates earned all-conference honors for their performances a year ago. Each of the candidates also volunteers his or her time with charitable organizations and causes while upholding a reputation for positive character on campus and in the community.

The candidates will be narrowed to 10 finalists in February, and those names will be placed on the official ballot. Ballots will be distributed through a nationwide voting system to media, coaches and fans, who will select one male candidate and one female candidate who best exemplifies excellence in the four C’s of community, classroom, character and competition.

The Senior CLASS Award winners will be announced during the 2020 NCAA Men’s Final Four® and NCAA Women’s Final Four® this spring. For more information on each of the candidates, visit seniorCLASSaward.com.

ABOUT THE AWARD
An acronym for Celebrating Loyalty and Achievement for Staying in School, the Senior CLASS Award honors the attributes of senior student-athletes in four areas: community, classroom, character and competition. The award program is designed exclusively for college seniors who are utilizing their complete athletic eligibility, remaining committed to their university and pursuing the many rewards a senior season can bring. Premier Sports Management manages the award.

*NCAA and Final Four are trademarks owned or licensed by the National Collegiate Athletic Association.