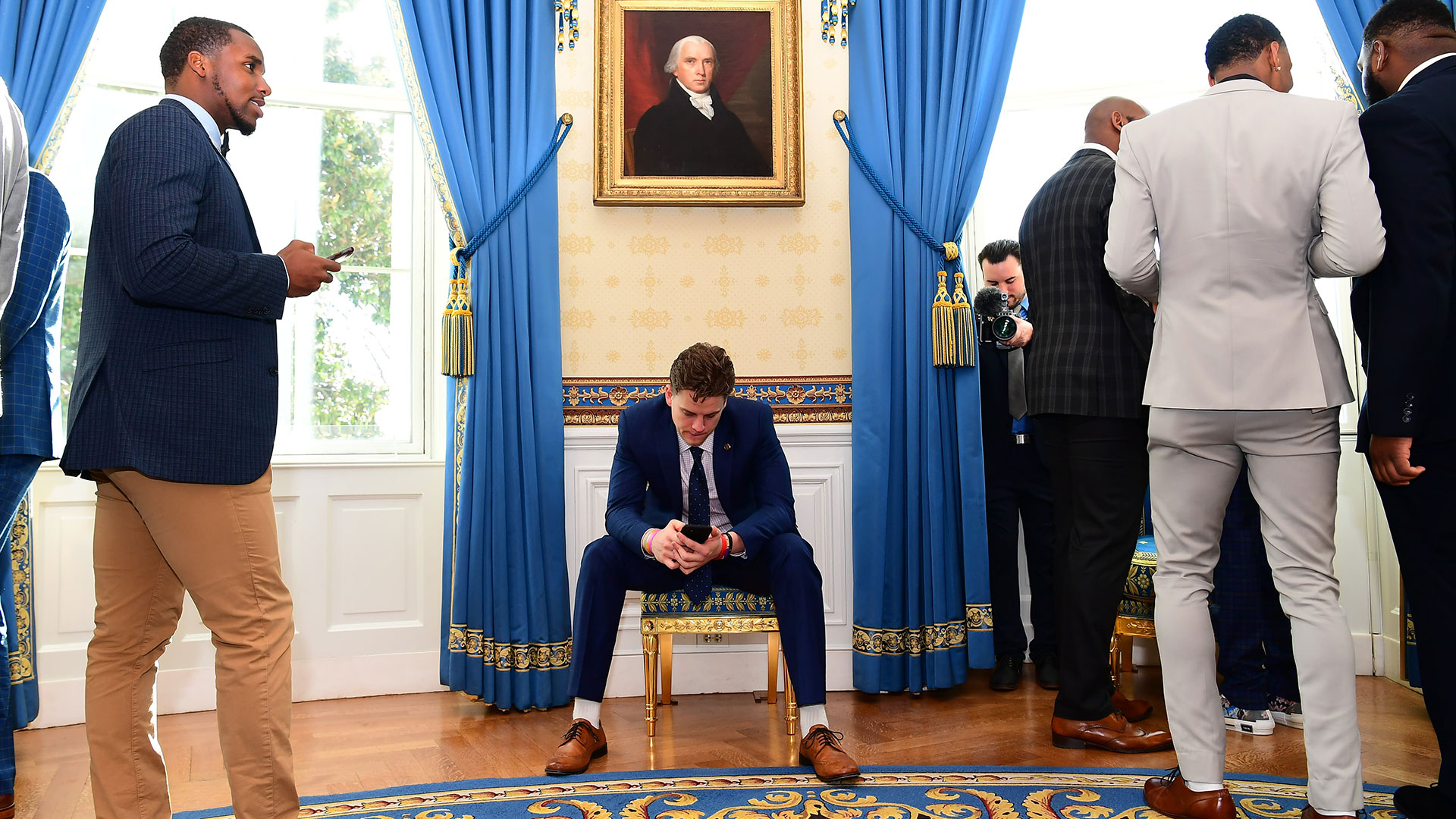 BATON ROUGE – LSU will celebrate its national championship with a trip to Washington D.C. on Thursday and Friday as the Tigers will meet with President Trump and members of the Louisiana Delegation during their two-day trip to the Nation’s Capital.

LSU, fresh off its 42-25 win over Clemson on Monday night at the Mercedes-Benz Superdome, completed the best season in college football history, posting a 15-0 record with seven wins coming over Top 10 teams.

LSU, behind National Coach of the Year Ed Orgeron and Heisman Trophy quarterback Joe Burrow, broke nearly every offensive record in LSU history on its way to winning 12 of the 15 games by double-figures. LSU didn’t trail in the fourth quarter of a game all season.

The Tigers are schedule to arrive in Washington D.C. Thursday at 5:45 p.m. ET and will then take part in a dinner to honor the national champions with the Louisiana Delegation at the Kennedy Center. Following the dinner, LSU will take a bus tour of Washington D.C.

On Friday, the Tigers will start the day with a tour of the National Museum of African American History and Culture, which is followed by a tour of the White House and then a meeting with President Trump.

The Tigers will then take a team photo on the steps of the United States Capitol and then be welcomed to the floor of the Capitol.

LSU will return to Baton Rouge on Friday night.