LSU to Hold Parade and Celebration for Championship Team 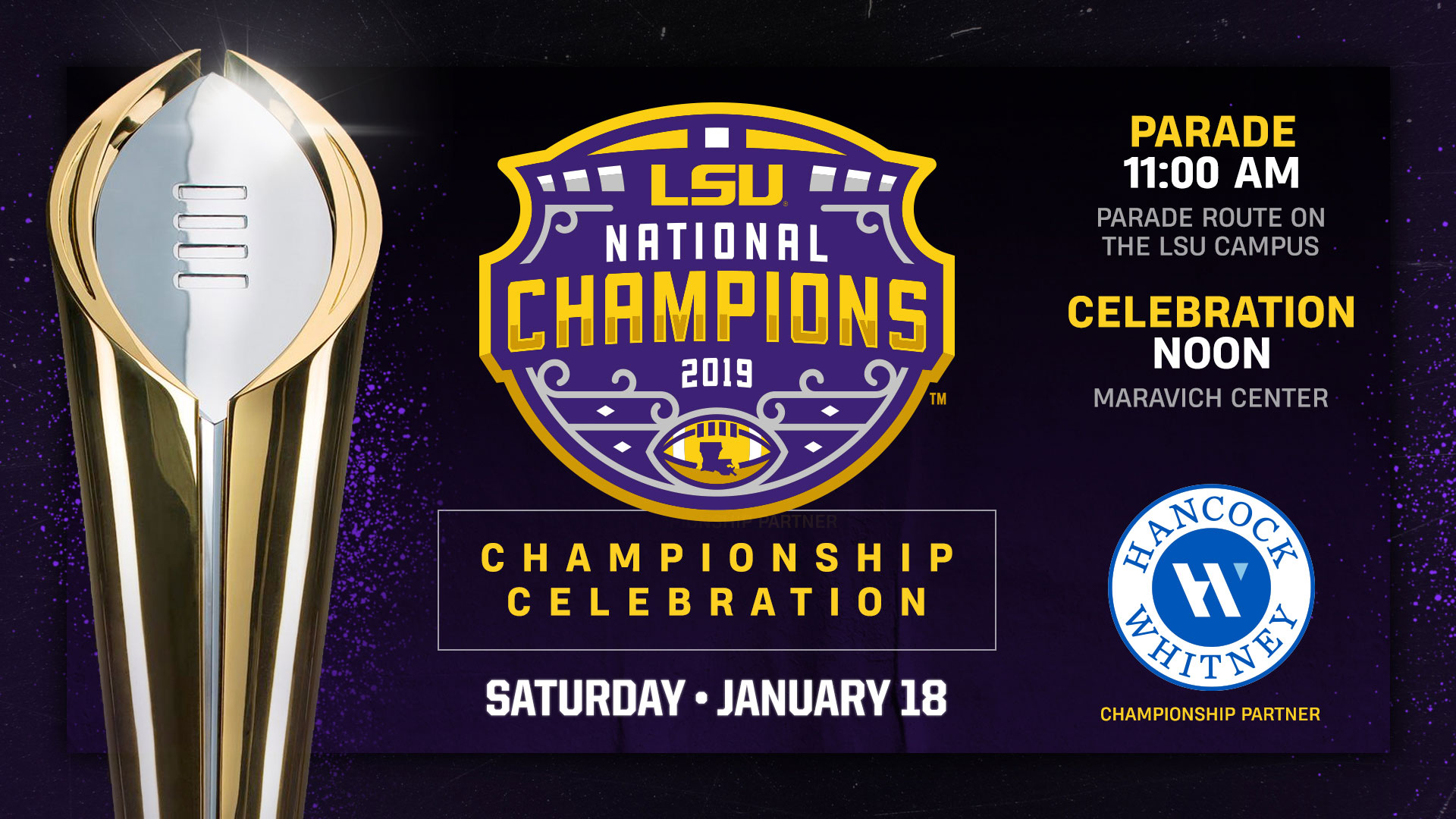 BATON ROUGE – The LSU football team will celebrate its college football national championship on Saturday, January 18, with an on-campus parade that will culminate with a celebration inside the Maravich Center.

Weather permitting, the parade will begin at 11 a.m. at LSU’s School of Music, which is located on the north side of campus on Dalrymple Drive. The celebration inside the Maravich Assembly Center will start at noon. Admission is free and fans are encouraged to tailgate along the parade route. Campus will open for tailgating at 8 a.m. on Saturday.

Celebration in the Maravich Center 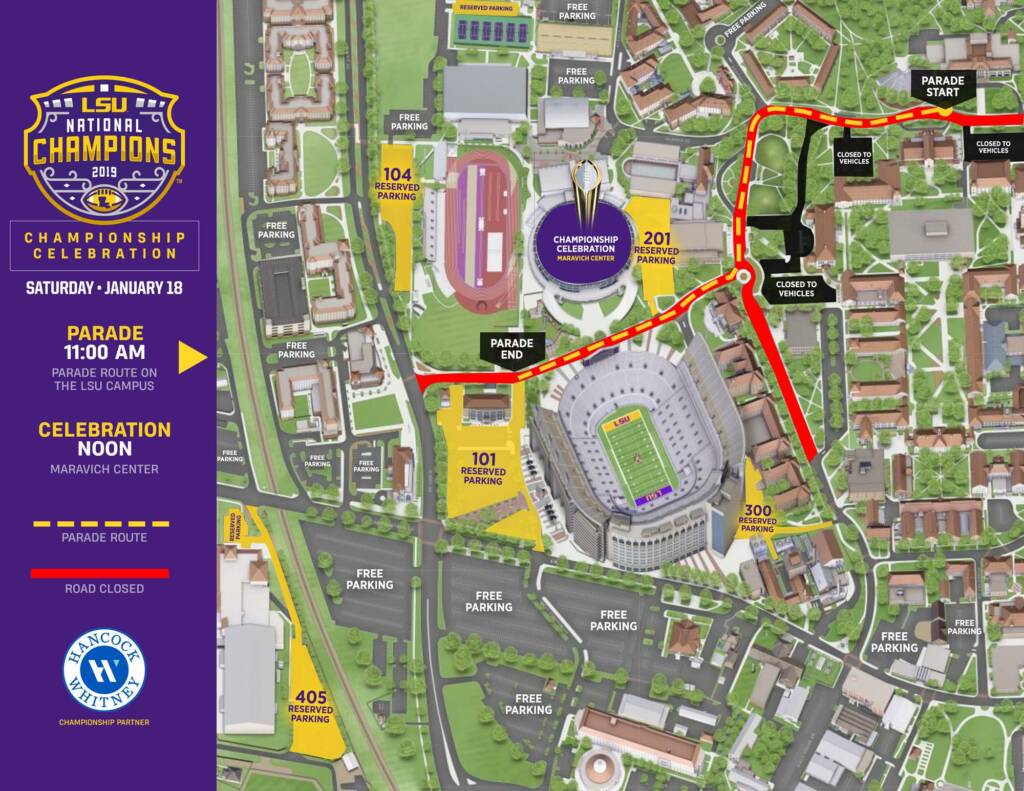 Doors to the Maravich Center open at 10:30 a.m. and Parish County Line will perform outside the PMAC beginning at 9:30 a.m. Food and beverages will be available for purchase both inside and outside the arena.

In addition, LSU’s national championship gear and merchandise will be available for purchase at the LSU SportsShop and around the Maravich Center.

Fans will enter the Maravich Center through the two ramps on the south side (closest to Tiger Stadium). Floor seating will be reserved for guests of LSU football and the University. LSU Athletics’ Geaux Safe clear bag policy will be in place for the event. No outside food or drinks will be permitted inside the Maravich Center.

Orgeron, the national coach of the year, will address the crowd along with Burrow and other team captains.

For fans who cannot attend, the ceremony will be streamed live on Facebook Watch, Periscope/Twitter and on SEC Network+. 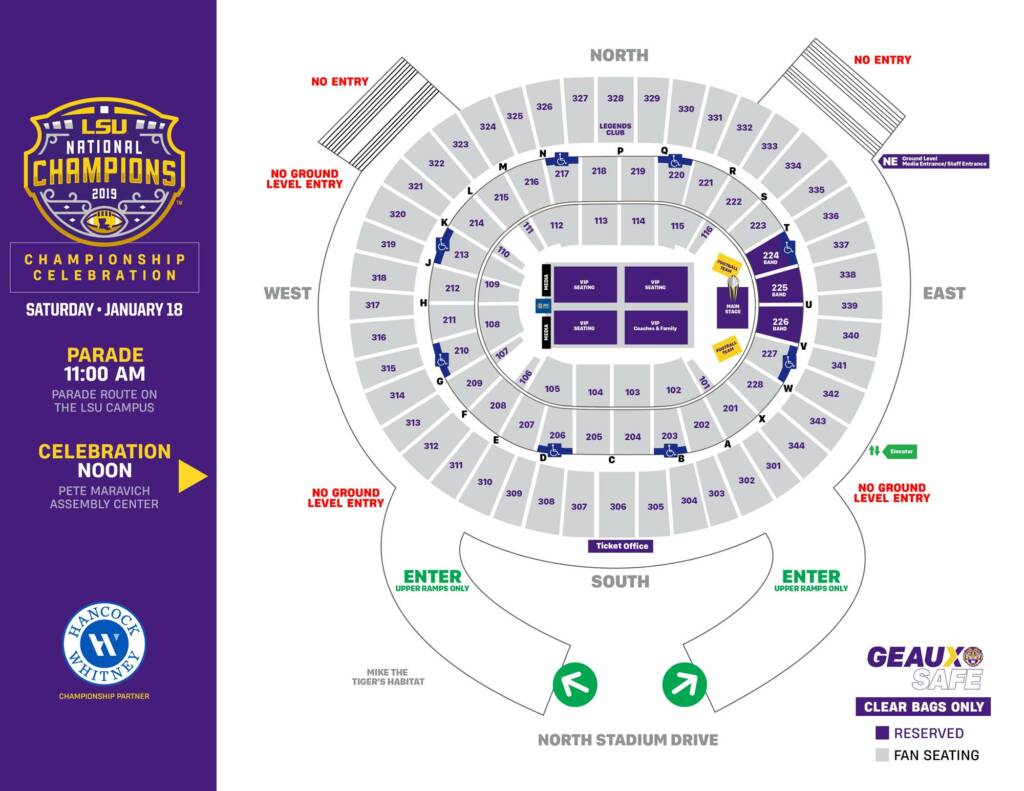 The parade will include all members of LSU’s national championship football team, including Heisman Trophy winner Joe Burrow, along with head coach Ed Orgeron and the coaching staff. Others participating in the parade include the Golden Band from Tigerland, the LSU cheerleaders, former LSU football players and dignitaries.

Check back on LSUsports.net or @LSUFootball on Twitter for the latest updates.