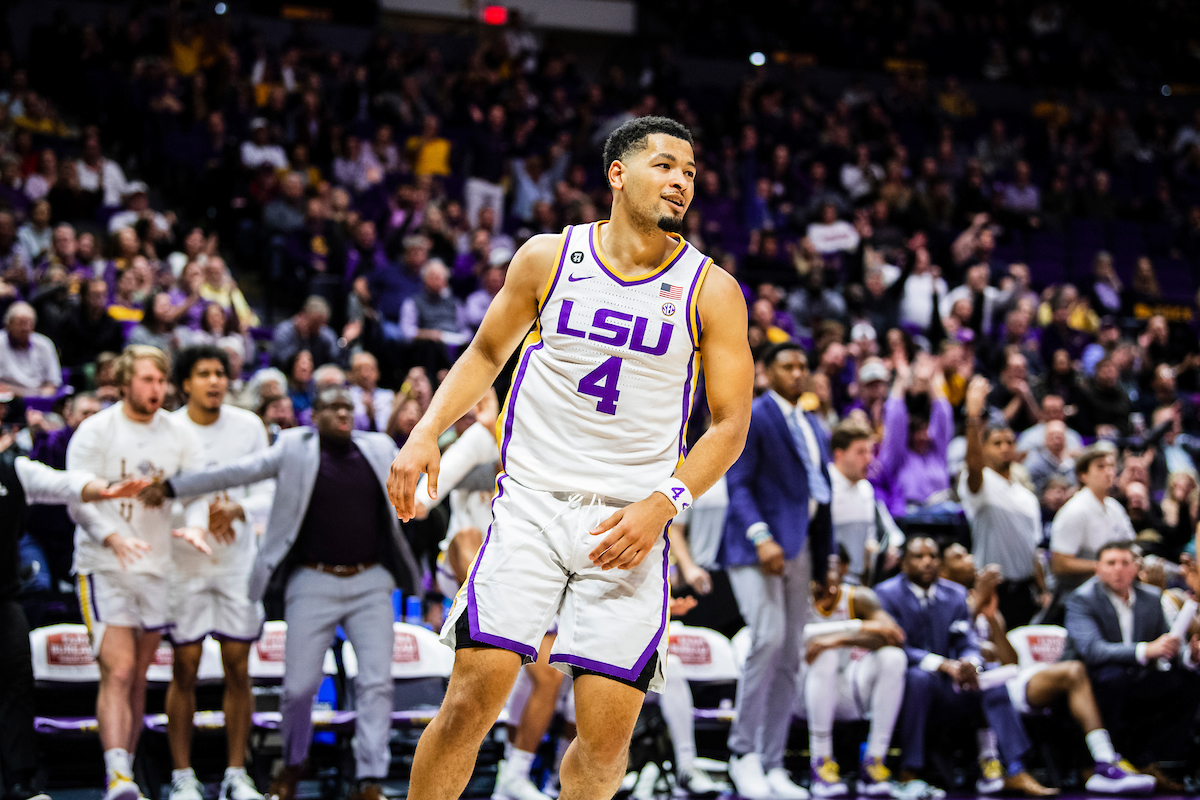 COLLEGE STATION, Texas – The LSU Tigers rallied from six points down in the final 1:51 of regulation to force overtime and win an 89-85 decision over Texas A&M Tuesday night at Reed Arena.

Down 79-73, the Tigers got three back on a Marshall Graves corner trey. Graves was in the game after foul trouble limited LSU and with Charles Manning Jr., injured and unable to play in the second half. Manning, who fell and injured his right leg in the later minutes of the first half, will have further examinations when the team returns to Baton Rouge.

Marlon Taylor was already out of the game and not on the trip being evaluated back in Baton Rouge for continued trouble in his left foot, which he had surgery on prior to the season

A&M turned the ball over on its next possession and LSU came down with a chance to tie. Skylar Mays missed three-pointer, but got his own offensive rebound. Mays found Javonte Smart who tied the game at 79-79 on a three-pointer with 1:09 to play.

The Aggies missed a shot on their next possessions and then both teams had turnovers before the end of regulation.

The Tigers won the jump ball to over the extra five minutes and Javonte Smart gave LSU the lead for good on a three-pointer 15 seconds into the overtime, 82-79. The teams traded free throws and buckets to make the LSU lead, 86-83, with 1:25 to go.

A&M missed three shots over a couple of different possessions and was forced to foul Mays with 14 seconds to play. He made two free throws to make it 88-83. The Aggies scored a bucket to make it 88-85 and Mays made one more free throw to end the game.

All five starters were in double figures for LSU with Trendon Watford getting 19 points and 11 rebounds to go with Mays’ 19 points. Smart had 18, Days 16 and Emmitt Williams 10.

Texas A&M was paced by the 20 of Josh Nebo with Andre Gordon adding 17, Savion Flagg 16 and Wendell Mitchell 11.

LSU had a 48-32 advantage in rebounding for the game.

LSU will play again on the road on Saturday night at 7 p.m. in Oxford against Ole Miss. The Tigers will return home next Tuesday to host Florida at 6 p.m. at the Pete Maravich Assembly Center.