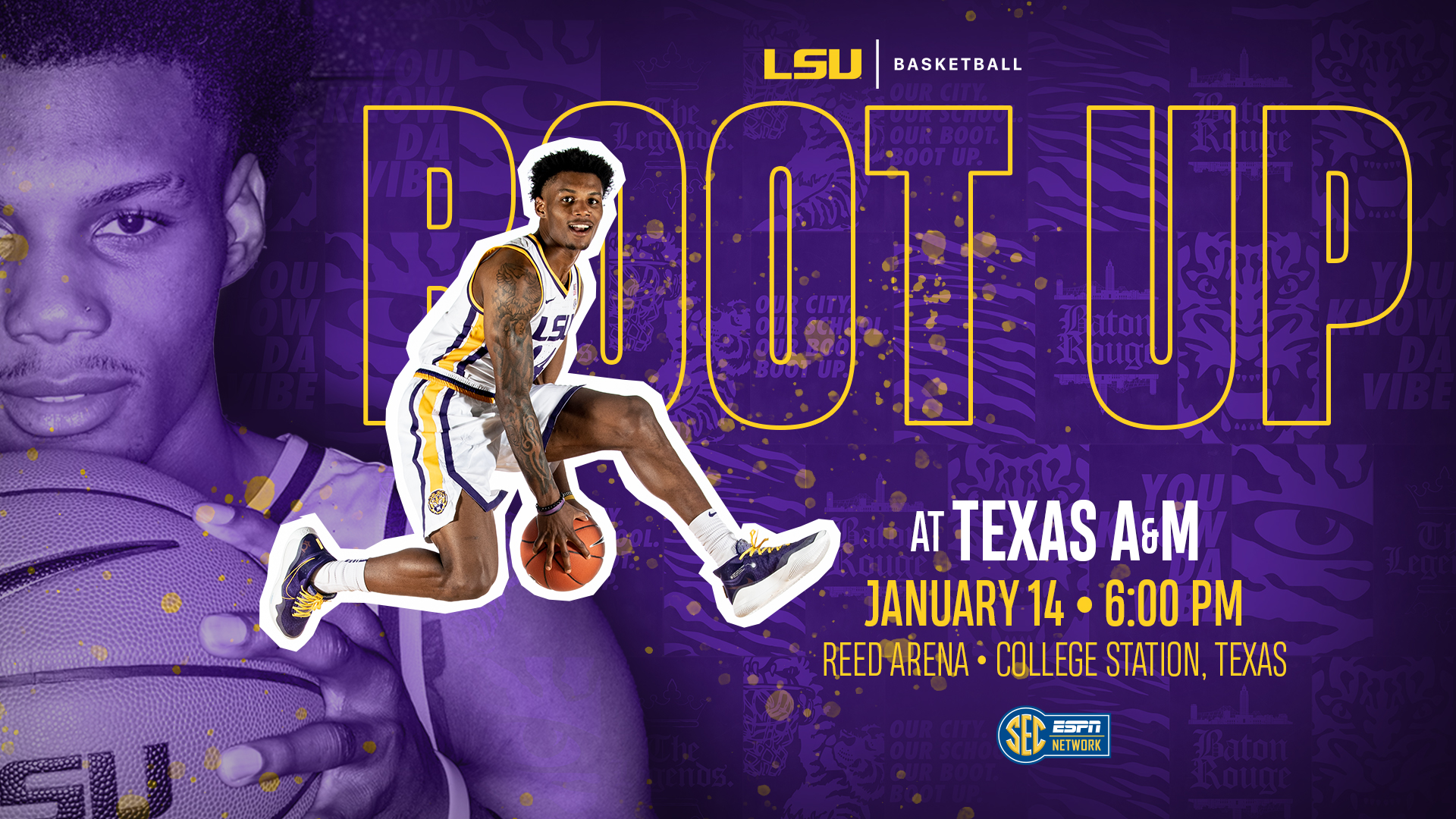 BATON ROUGE – The LSU Tigers try to keep SEC win streaks alive against a surging Texas A&M team Tuesday night when the Tigers and the Aggies meet at Reed Arena.

The game is set for a 6 p.m. tipoff with the broadcast on the LSU Sports Radio Network with the Voice of The Tigers Chris Blair and former Coach John Brady (Guaranty Media flagship Eagle 98.1 FM) and televised on the SEC Network (Dave Neal and Daymeon Fishback).

LSU is 11-4 and 3-0 in the Southeastern Conference after a stunning finish in a 60-59 win on Saturday night against Mississippi State in the Pete Maravich Assembly Center. Senior guard Skylar Mays drove the floor in the final 4.6 seconds to hit an 18-foot jumper at the buzzer to win the game.

Texas A&M under first year head coach Buzz Williams has won its last two games to go 2-1 in the league and 8-6 overall. A&M completely turned around their home game last week against Ole Miss, going from 10 down at the half to a 57-47 victory, and then on Saturday opened up a 16-point halftime lead at Vanderbilt, finishing it off with a 69-50 decision.

The Aggies held their last two opponents to 50 or below points in back-to-back games for the first time since 2007.

Josh Nebo leads the Aggies in scoring at 11.5 points a game. He also averaged 7.8 rebounds and 2.8 blocks a contest.

LSU will need to get its offense going against an A&M team ranked inside the top 20 nationally in defensive field goal percentage (37.6%) and scoring defense (59.6).

For only the third time this season, the Tigers shot under 46 percent against Mississippi State, but showed for the second straight game a closer attitude as they came from nine down with 5:18 to play to get the win by one after winning a two-point game last Wednesday against Arkansas.

The Tigers will try to extend their 10-game road SEC winning streak that dates back to last season. LSU has also won its last eight consecutive SEC regular season contests dating back to the final five games last year.

This will be the first of two road games this week for the Tigers as they will play in Oxford against Ole Miss on Saturday at 7 p.m. LSU returns home for a game on Jan. 21 against Florida. Tickets are available at LSUTix.net.