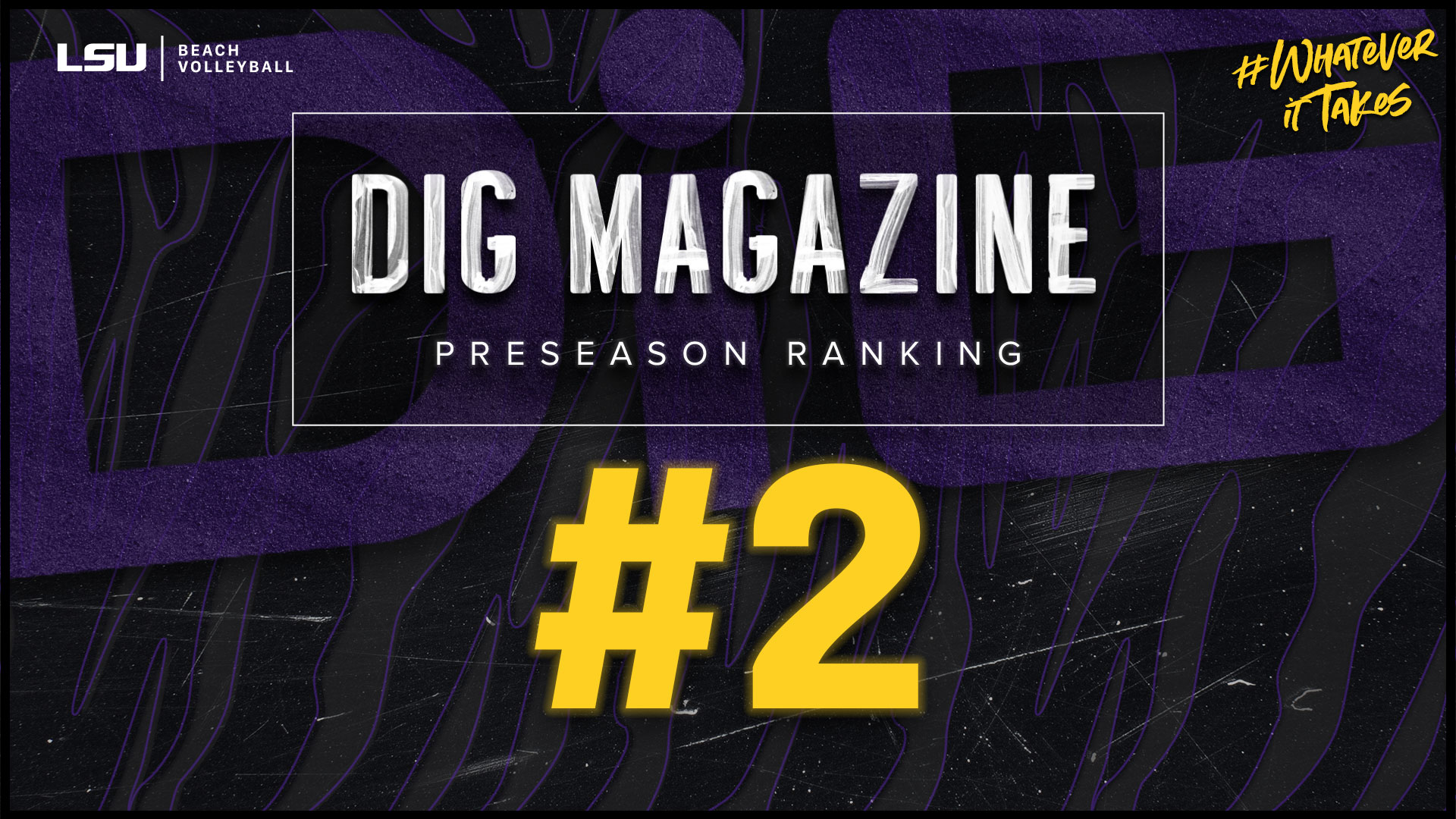 BATON ROUGE – The LSU Beach Volleyball team earned its highest ranking –  No. 2 in the DiG Magazine Collegiate Beach Volleyball Preseason Poll – as the program heads into its seventh year of existence.

LSU, a team that returns eight players that registered 15-plus wins last season, earned two three place votes in the DiG preseason poll – the first time the Tigers have earned first place voted in either of the major polls.

The Tigers finished 2019 as the No. 3 team in the country by both DiG Magazine and the AVCA. The AVCApreseason poll is yet to be released.

LSU kicked off practice for the 2020 season on Wednesday at LSU Beach Volleyball Stadium. After hosting the Purple/Gold Scrimmage on February 15, the Tigers will open the season on February 22 in Hawaii before returning home for its earliest home competition in program history.

On February 29, LSU will kick off play at the Tiger Beach Challenge. That evening, the Tigers will square off against the preseason No. 1 team and the two-time defending national champions in the UCLA Bruins. LSU will face UCLA three times throughout the 2020 regular season.

“More than any other spring when we’ve started practice this has been the closest to being ready that we’ve ever been,” explained head coach Russell Brock on Wednesday following the team’s first practice. “We have to keep pushing and finding ways to get better and to fine tune things that are going to give us an opportunity to be successful this year.”

The Tigers return one of its most experienced rosters to date, led by the senior duo on Court 1 of Claire Coppola and Kristen Nuss– a pair that has played every collegiate match together and has a program-record 91 victories together.

Aside from Coppola and Nuss, LSU returns six other players who won at least 15 matches in 2019. Sophomores Kelli Agnew and Allison Coenswere each named to the CCSAAll-Freshman team last year and sophomore AshlynRasnick-Popealong with Rodriguez were both named to the CCSAAll-Tournament team.

Junior Hunter Domanskireturns after earning 47 victories over the past two seasons and Powers sits at 56 career victories, eighth most in program history.

Note: This is the first time in DiG Magazine poll history that more than two teams have received first place votes