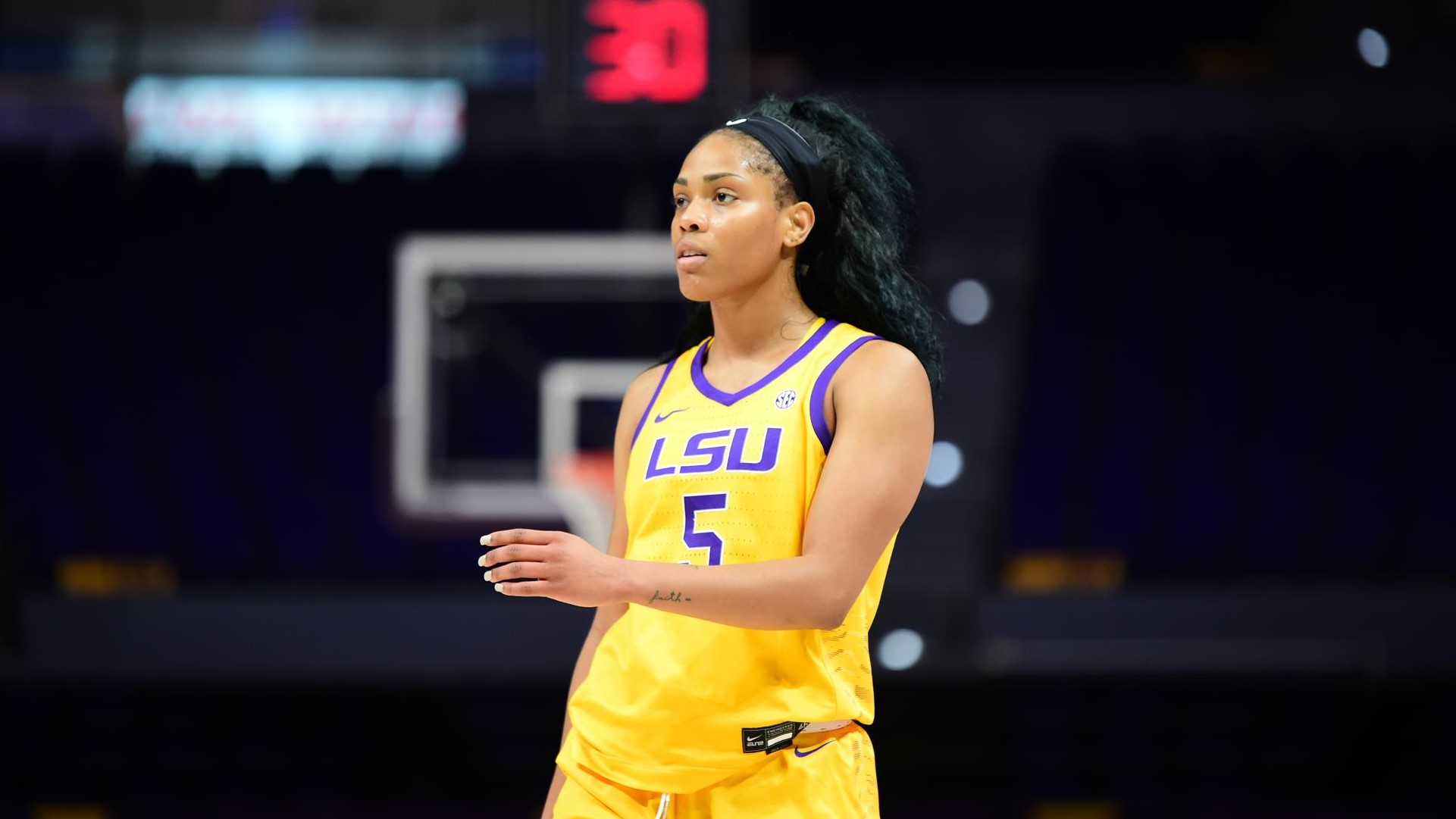 BATON ROUGE — The LSU women’s basketball team grabbed an early lead and didn’t look back as they defeated Ole Miss, 52-44, at home on Sunday afternoon for their sixth straight home win. The Tigers are now 13-3 overall and 3-1 in conference play. With the loss, Ole Miss falls to 7-10 and 0-4 in the SEC.

Senior Ayana Mitchell shined for the Tigers on both sides of the ball. She shot 6-7 from the floor and was the top performer with 12 points and 14 rebounds, marking her 34th career double-double. Junior point guard Khayla Pointer also showed out for the Tigers with seven assists and freshman Tiara Young matched her season high of six rebounds and three assists. LSU played hard in the paint, scoring 28 points, as well as off rebounds, where they scored 21.

The LSU Tigers head to Starkville, Mississippi on Thursday, January 16 to take on No. 13 Mississippi State at 7 p.m. in Humphrey Coliseum. The game will be broadcast on SECN+ and live stats will be available.

On the overall thoughts from the game…

“To get 14 more shot attempts and shoot a higher percentage was the difference in the game to me. The teams we play will pack it inside and Mitchell and Aifuwa will do all they can but we have to make the wide open shots. If we can do that, that will open the paint up more. Teams will continue to pack it in down low until we show that we can start making shots from the outside. However, I thought we were tough on the boards. Their go-to player and their best player (Deja) Cage did a nice job hunting for shots and getting good looks. (Dominique) Banks started the game and set the tone for them but our team has the ability to defend, rebound, and we were able to hold Ole Miss to a low-scoring game but our offensive execution needs to improve.”

On being able to capitalize on the offensive rebounds…

“Our 22 offensive rebounds are probably one of the highest totals we’ve had this season but our conversion percentage off of those offensive rebounds was low. We are getting enough shot attempts in the game. We don’t feel like we can’t get the looks we want or need, we just have to have more confidence in ourselves offensively to knock those shots down.”