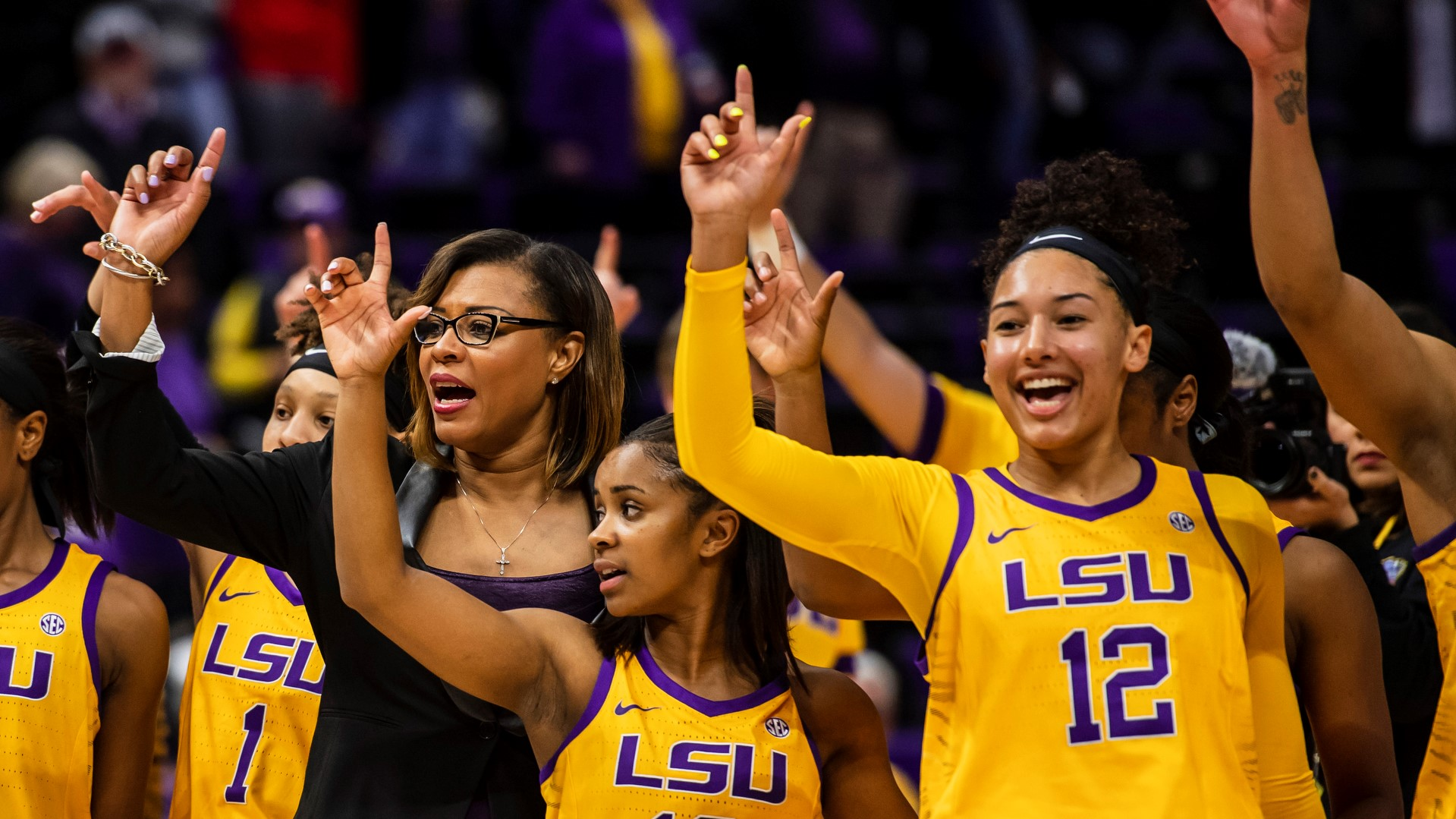 BATON ROUGE – The LSU women’s basketball team is coming off of its second Top 15 win this season as it hosts SEC foe Ole Miss on Sunday, January 12 at 2 p.m. at the Pete Maravich Assembly Center. Fans are encouraged to wear gold for the team’s annual Gold Game. The Tigers are 12-3 overall and 2-1 in SEC play, while the Rebels are 7-9 overall and 0-3 in the SEC.

The game will be broadcast on the SEC Network Plus and is available the ESPN app with Lyn Rollins and Victor Howell calling the action. Fans can also listen to Patrick Wright call the game on the LSU Sports Radio Network. Wright is in his 30th season as the “Voice of the Lady Tigers” and is joined on home broadcasts by Jeff Palermo. Fans can listen on 107.3 FM and audio broadcasts are available online at LSUSports.net/live. Live stats will be available at LSUsports.net.

LSU earned its second Top 15 win of the season on Thursday at No. 10 Texas A&M, 57-54. It was also the second time the Tigers took down a Top 15 opponent on the road this year, beating then-No. 15 Michigan State 58-56 at the Junkanoo Jam in the Bahamas on November 29.

Junior Jailin Cherry came off the bench to provide key minutes against the Aggies on Thursday night and led LSU with 12 points. She also tied her career highs with six rebounds and three assists. Junior Khayla Pointer dished out a season-high ten assists and added seven points as well as four steals. Senior Jaelyn Richard-Harris set a season-high with nine points, while redshirt senior Ayana Mitchell led LSU in rebounds with 10 and scored nine points.

Mitchell continues to be strong shooting from the field. Her overall percentage is 70.1 percent for the season which ranks second in the nation and first in the SEC. Mitchell had an amazing December that saw her shoot 89.2 percent over LSU’s four games in the last month of the year.  She was 33-of-37, including a stretch of 19 consecutive field goals made to start the month. The consecutive makes streak started in November and extend out to 21 consecutive field goals made.

Mitchell is on track to become only the fourth LSU player to reach the 1,000 points-1,000 rebounds career marks – currently at 1,198 points and 855 rebounds. She has 33 double-doubles over her career and is currently 24th on the LSU all-time scoring list. She is averaging 14.0 points and 8.7 rebounds per game.

Pointer leads the squad from the point with 15.3 points and 4.6 assists per game. She also has the best free throw shooting percentage on the squad at 73.9 and the most steals with 41.

Redshirt junior Faustine Aifuwa is having a solid season in the paint for LSU. Aifuwa is third on the team with 10.1 points per game. She is sporting a 53.8 field goal percentage to go along with 6.7 rebounds per game and 20 blocked shots.

LSU continues its solid play on defense, having held opponents to 50 points or under five times and 11 opponents at 60 or under so far this season and winning the battle of the boards 12 out of 15 games played. The Tigers are tenth in the nation in free throw attempts with 347 and 33rd in the nation in field goal percentage at 45.1 percent.

Bench play continues to be a strength as the season has progressed. The LSU bench has outscored opponents 312-228 over the first 15 games of the season.

Ole Miss is 7-9 on the season and 0-3 to start conference play. The Rebels are led by junior Deja Cage with 12.6 points per game and ranks fourth in the league in threes per game (2.1). Junior Dominique Banks is averaging 6.8 rebounds and 2.8 blocks to go along with her 6.8 points per game.

Head coach Yolett McPhee-McCuin is in her second season at Ole Miss and seventh season overall.

LSU will be face three Top 25 opponents over the next three consecutive games, starting at No. 13 Mississippi State on Thursday, January 16 in Starkville at 7 p.m. on SEC Network Plus.

The Tigers next home game will be Sunday, January 19 against No. 14 Kentucky at 1 p.m. It will be the annual We Back Pat Game. Fans can purchase tickets for all games at LSUtix.net and are encouraged to wear purple.

The third Top 25 game will be at No. 23 Tennessee on Sunday, January 26 for the Lady Vols’ We Back Pat Game. Game time is set for Noon CT on the SEC Network.