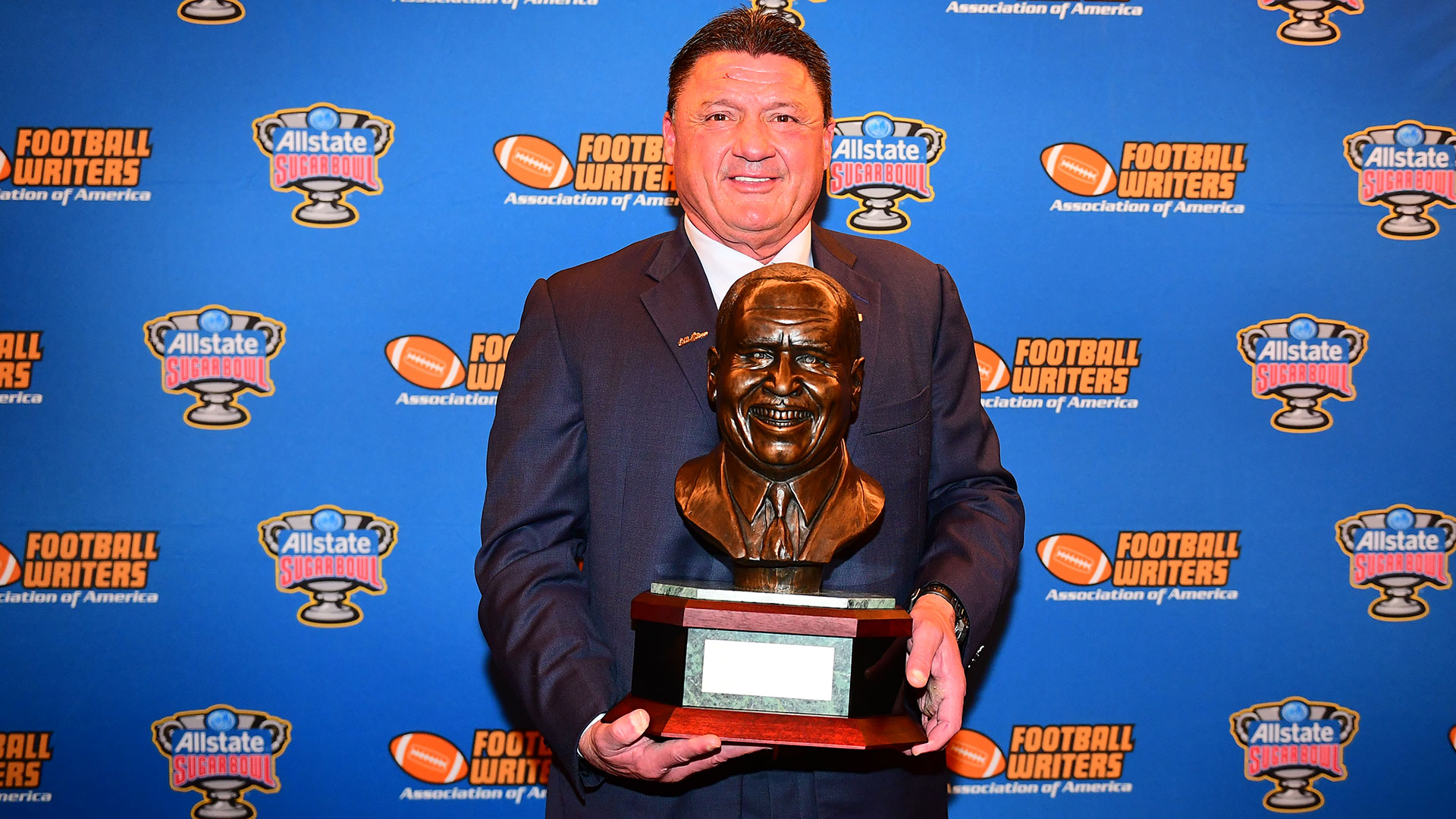 The Eddie Robinson Award is presented annually by the Football Writers Association of America (FWAA) and is sponsored by the Allstate Sugar Bowl.

Orgeron has also been named the national coach of the year by the American Football Coaches Association, Walter Camp and the Associated Press.

Orgeron, who has guided the top-ranked Tigers to a 14-0 overall mark and a berth in the CFP National Championship Game on Monday night in the Mercedes-Benz Superdome. LSU has won 11 of its 14 games by double-figures, including five straight heading into the Clemson contest. Six of LSU’s 14 victories have come against Top 10 opponents, the most for any team in college football history.

The Tigers, behind the highest scoring offense in college football, won the school’s 12th Southeastern Conference title with a 37-10 win over Georgia in December.  LSU will look to claim the school’s fourth national title in football against Clemson on Monday.

“This is a tremendous honor and I accept this award on behalf of what I think is the best coaching staff in the country,” Orgeron said.

Orgeron said that he always admired Robinson and that he “tried to mold himself into a coach like Coach Robinson.

“In order to have success, your players have to know you love them and you have to treat them like they are your own sons. That’s what Coach Robinson did.”

Orgeron is the third LSU head coach to win the Eddie Robinson National Coach of the Award joining Paul Dietzel in 1958 and Nick Saban in 2003.