Track and Field Impresses at First Meet of 2020 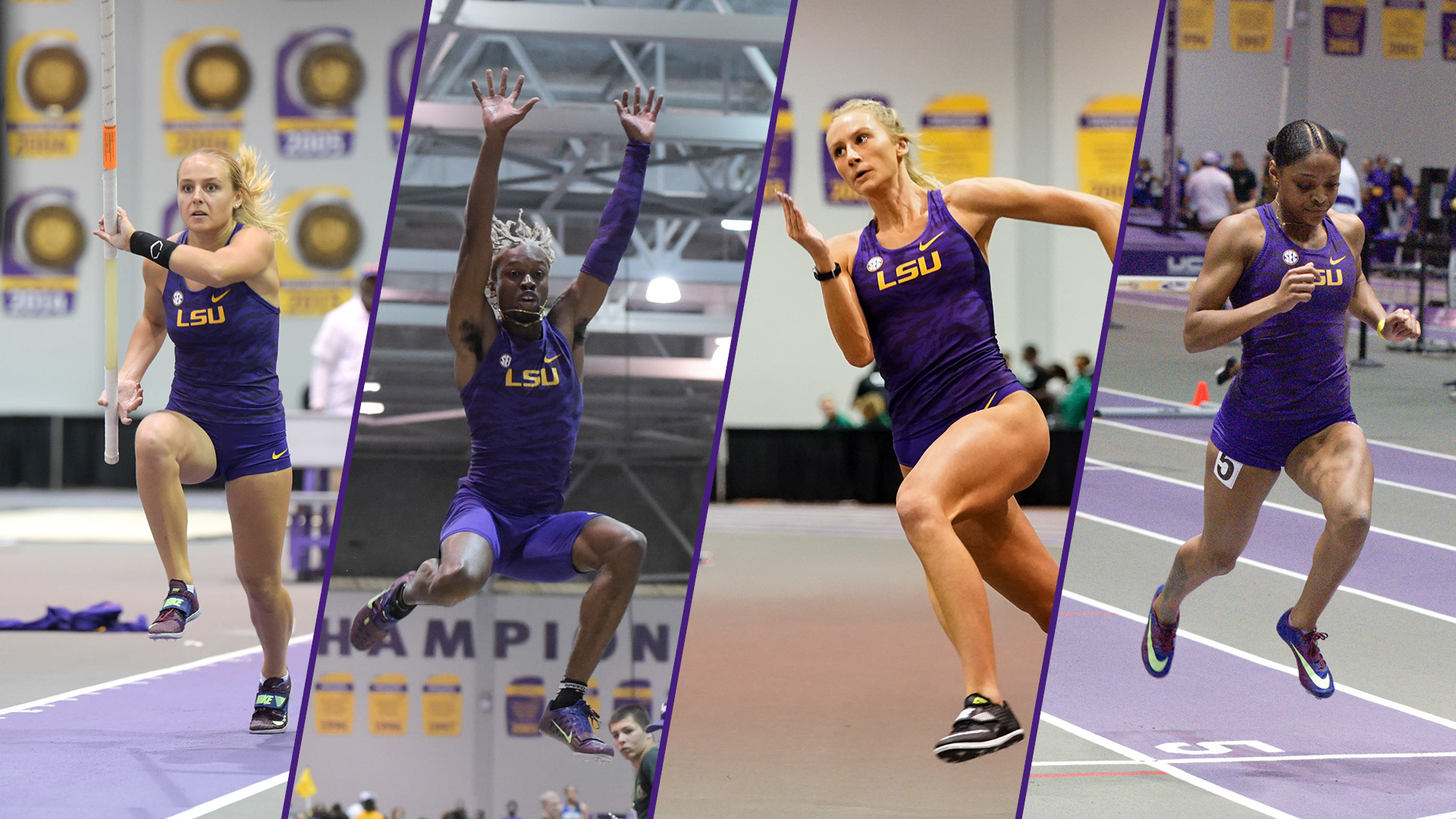 Baton Rouge, La. – Four Tigers on the LSU track and field team registered NCAA bests at the Purple Tiger Invitational on Friday at Carl Maddox Fieldhouse. Tonea Marshall (60 meter hurdles), Lisa Gunnarsson (pole vault), Rayvon Grey (long jump) and Abby O’Donoghue (high jump) are the Tigers at the top of their respective NCAA event lists after the season opening meet. The No. 2 men’s team, and the No. 16 women’s LSU squads were impressive in their first showing of the season.

Marshall ran a 8.10 in the 60 meter hurdles in the preliminary rounds to register her NCAA lead. Gunnarsson cleared a height of 4.45 meters (14′ 7.25″) in her season-opening performance to literally vault to the top of the NCAA list in the pole vault. Grey, the reigning NCAA indoor long jump champion, opened up his season with not only an NCAA lead, but a world lead for 2020. Grey leapt out to a mark of 8.04 meters (26′ 4.50″) for the title in his event. The last Tiger to set an NCAA lead was O’Donoghue in the high jump. She set a personal best of 1.84 meters (6′ 0.50) to take ownership of the NCAA lead and pass her mom, Kelly O’Donoghue, on the LSU all-time list in the No. 4 spot. It was O’Donoghue’s first time to ever clear six feet.

NCAA top-10 marks were aplenty for the Tigers at the meet – partially due to it being so early in the season, but also in large part to some solid performances. Besides the four NCAA leaders, 13 other Tigers registered NCAA top-10 marks. Jake Norris got the day started with a gold medal in the weight throw with an NCAA No. 2 mark of 70′ 1.50″ (21.37 meters), the second-best throw of his career.

Although Marshall set the NCAA lead in the 60 meter hurdles in the preliminary rounds, it was fellow hurdler Brittley Humphrey who ended up running away with the first-place finish in the finals of the event. Humphrey clocked a time of 8.19 (NCAA No. 2) to lead the Tigers to a 1-2-3 finish followed by freshman Alia Armstrong (8.24/NCAA No. 3) and Milan Young (8.28/NCAA No. 5). On the men’s side, Eric Edwards Jr. made his LSU debut in fine fashion clocking a winning time of 7.75 to rank No. 2 in the NCAA and No. 7 in the LSU record book. Damion Thomas took second with a time of 7.79 (NCAA No. 3), and Arthur Price finished third with a readout of 7.95.

The Tigers took the top three collegiate spots in both the women’s and men’s 60 meter dash races. In the finals of the women’s 60, it was two former Tigers, Mikiah Brisco (7.16) and Aleia Hobbs (7.27), who ran away with the top two spots. Thelma Davies was stellar in her collegiate debut with a time of 7.31 to take the top collegiate spot and rank No. 3 in the NCAA. Tonea Marshall finished fifth overall (second collegiately) with a time of 7.38, and Miami transfer Symone Mason clocked a collegiate PR of 7.39 to place sixth overall (third collegiately). On the men’s side, the Tigers had three guys – Akanni Hislop, Dorian Camel, Dylan Peebles, dip below 6.8 seconds in their opener. Hislop was top collegiate finisher with a time of 6.75 to place second, and Peebles and Camel ran matching 6.77s for second and fourth collegiately.

The Tigers will travel to Lubbock, Texas for the Corky Classic on Jan. 18.