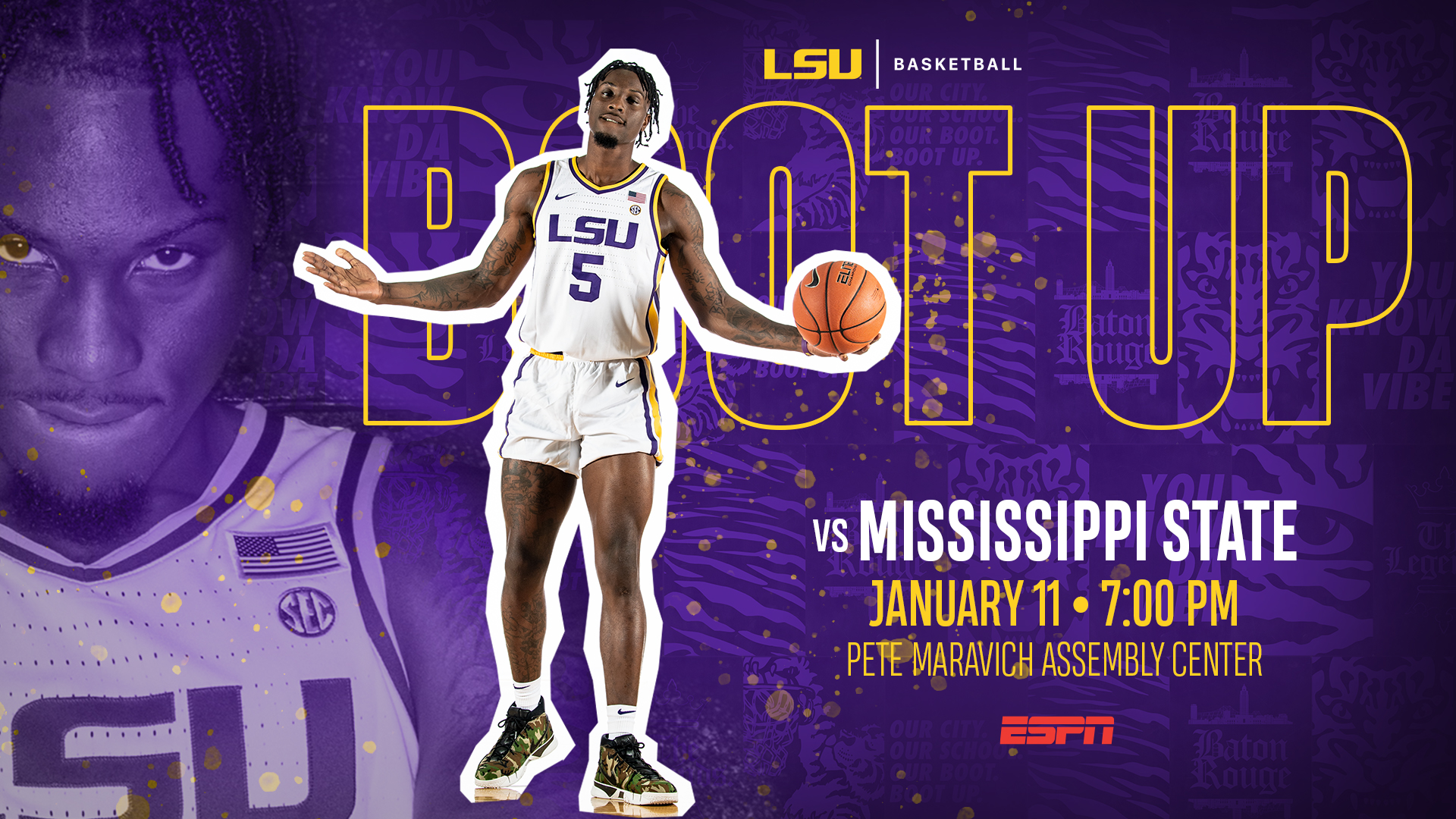 BATON ROUGE – The LSU Tigers, coming off a dramatic win over Arkansas on Wednesday, now tries to win again on its home floor as they host the Mississippi State Bulldogs at 7 p.m. at the Pete Maravich Assembly Center.

The Tigers (10-4, 2-0) and the Bulldogs (9-5, 0-2) meet at 7 p.m. on ESPN with Beth Mowins and Sean Farnham will have the call with the “Voice of the Tigers” Chris Blair and John Brady on the call on the affiliates of the LSU Sports Radio Network (Guaranty Media flagship affiliate Eagle 98.1 FM).

Tickets for the game are available online at LSUTix.net. The upper concourse ticket windows will open at 5:30 p.m. for game night sales.

Help us Stripe The PMAC Saturday against Mississippi State! pic.twitter.com/Zogn35DuYo

LSU students are admitted free of charge with their ID. The first 500 students will receive shirts on Stripe the PMAC game. Check @LSUBasketball on Twitter and LSU Basketball on Facebook for details on that promotion as to what color fans should where depending on their section.

The Tigers are tied with Kentucky, Florida and Auburn in the early going of the league at 2-0 and will play at home before heading for a week of games on the road. Mississippi State is 9-5 overall and 0-2 in the league.

Last year, LSU rallied from eight down at the half to force overtime which LSU won the game in Starkville by a 92-88 decision.

LSU on Wednesday night defeated Arkansas, 79-77, getting two three-point plays from freshman Trendon Watford in the final 32 seconds to get the win. Watford had 21 points, Skylar Mays 19 and Darius Days 16 points and 16 rebounds. LSU had 53 total boards, 23 offensive and a 26-0 advantage in second chance points.

Mississippi State lost on the road at Alabama, 90-69. Nick Weatherspoon had 20 points with Reggie Perry and Robert Woodard II getting 14 each.

Perry is the leading scorer (15.7 points) and rebounder (9.6) on the Bulldog team. Mays leads LSU at 16.1 points a game with Days averaging 8.6 rebounds a game.

LSU will travel to College Station for a Tuesday game at Texas A&M (6 p.m. SEC Network) and will be in Oxford on Jan. 18 for a 7 p.m. game with Ole Miss (ESPN2). Both games will be on the LSU Sports Radio Network. After the Mississippi State game, the Tigers are back at home on Jan. 21 against Florida.