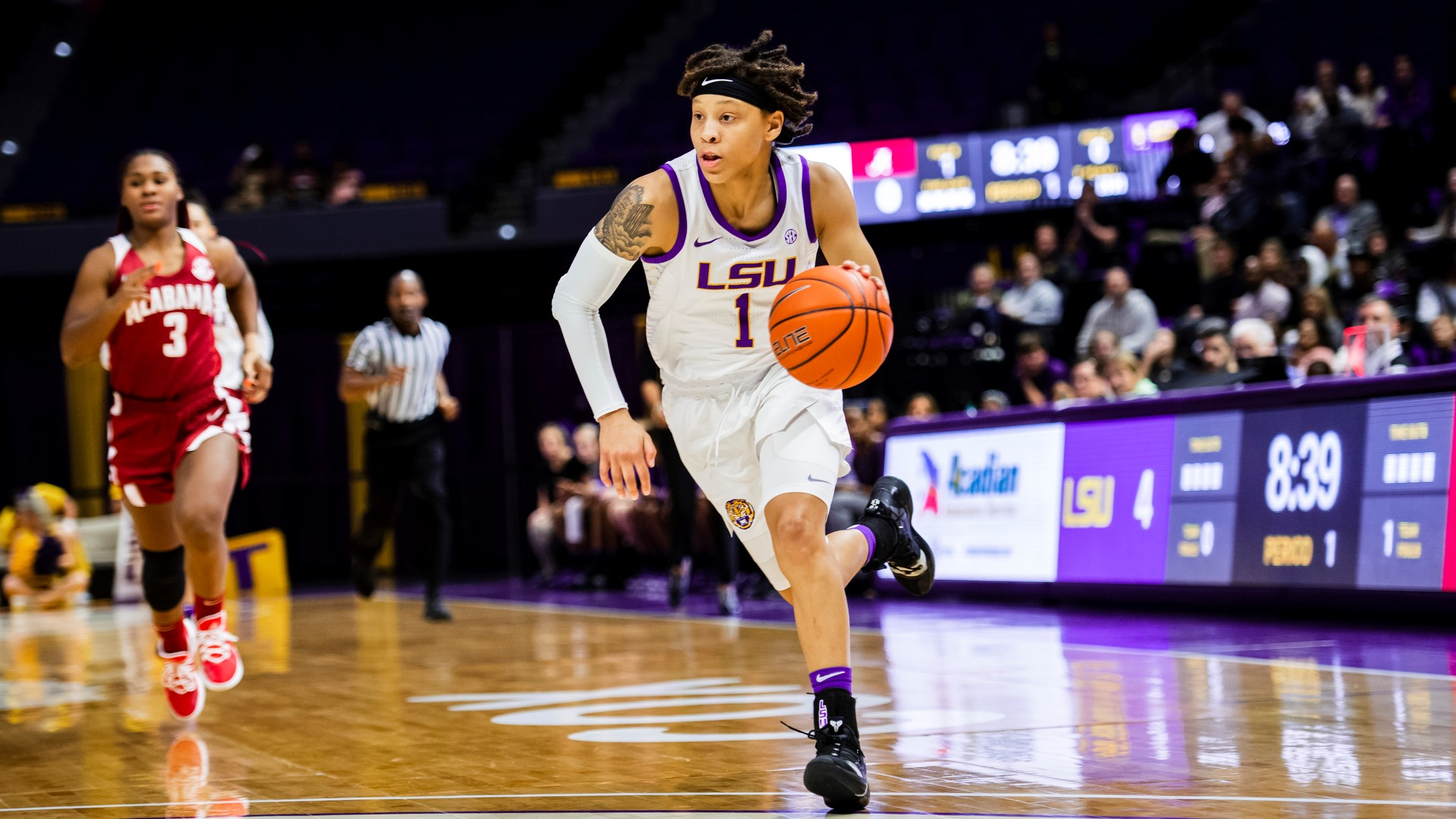 Junior Jailin Cherry led the way for the Tigers offensively with a season-high 12 points on 6-11 shooting from off the bench. She also tied her career high with six rebounds and three assists. Khayla Pointer dished out ten assists, which is a season-high for the junior point guard, and added seven points as well as four steals. Senior Jaelyn Richard-Harris also set a new season-high in points as she finished with an important nine points for the Tigers. Senior Ayana Mitchell led LSU in rebounds with 10 and scored nine points.

LSU will be back home inside the Pete Maravich Assembly Center this Sunday, January 12, taking on the Ole Miss Rebels for the annual Gold Game. The game will begin at 2 p.m. CT and will be broadcasted on the SEC Network Plus.

On making the necessary adjustments offensively during the game…

“This game was all about runs. It’s about creating opportunities and the players making plays. Defensively we got some stops that we needed and we were able to move the ball around at our pace offensively. We were quick shooting at the beginning of the game so we had to change that up moving forward and we were disciplined and more in tuned to playing with our post game. We were intentional with trying to see them and work the ball around. The patience we had on offense was really good.”

On having to slow the offensive pace down…

“We had no choice. We were getting into this jump shooting match and the pace was not where I wanted it. It was in A&M’s favor so we had to try and balance it back out. I told the team to stop quick shooting the basketball and be patient. We didn’t want to come into a game on the road, knowing how good A&M is in transition, and give them a lot of possessions. When we decided box out and keep them off the offensive glass, it allowed us to get some transition baskets ourselves. This group did what we asked of them and were coachable. That’s why we prevailed.”