Worsham: No Matter How They Got Here, Tigers Are Right Where They Expected to Be 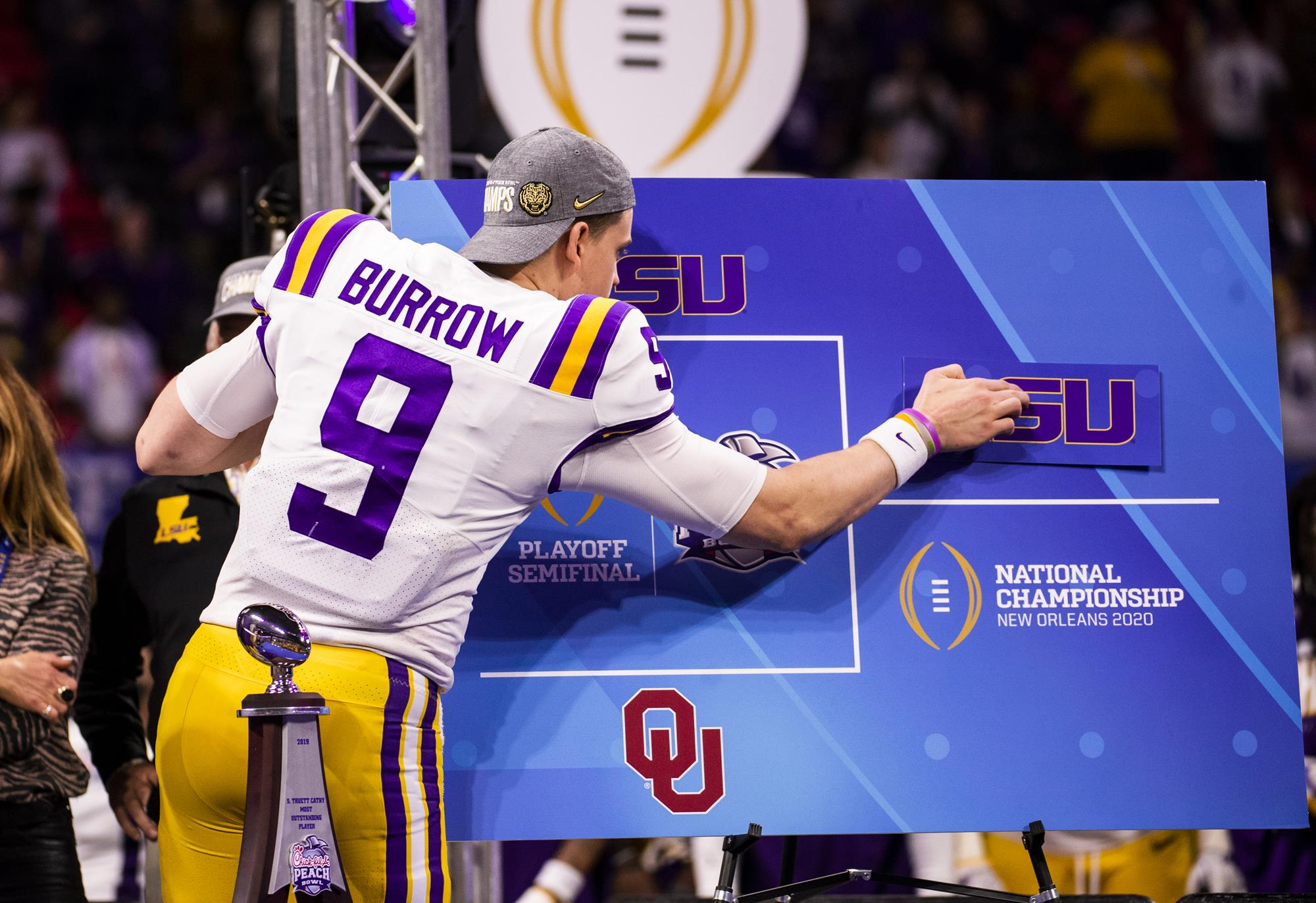 Perhaps the first of many premonitions of where LSU would be Monday – in New Orleans, playing for its fourth-ever national championship – came in JaCoby Stevens’ front yard.

Some of the details foreshadowed in Stevens’ youth – his frame and his position, most relevantly – didn’t carry over, but the core of the dream that’s set to come true on January 13th has survived the years.

When Stevens and his teammates take the field of the Superdome on Monday evening to square off with Clemson, it will be the fulfillment of several prophecies, many of them years in the making.

Our Home. Our State. pic.twitter.com/8tmXjTS42L

Before Ed Orgeron foresaw this in his introductory press conference as LSU’s head coach in November 2016 – “I believe LSU ought to be and will be a championship program,” he declared three years ago – he shared his vision with Rashard Lawrence on the recruiting trail. Lawrence was then a five-star prospect out of Neville High School in Monroe, and Orgeron was LSU’s defensive line coach.

“He told me when I was getting recruited, ‘Rashard, you’re going to be a captain on a national championship team,'” Lawrence remembers. “I didn’t know if it was a recruiting pitch, or if he could see into the future.”

Why can’t it be both?

Stevens has his own recruiting tale. Before he ever stepped foot on campus, he told his father, “Our junior year is going to be the year for us.”

“We’re going to beat Bama,” Stevens promised, “and make it to the national championship.”

Seeing into the future, of course, is an inexact science. The anticipated destination might be clear as day, but the roads to get there often twist and turn in unexpected ways.

Joe Burrow represents the most obvious example of fate being equal parts fickle and inevitable. He grew up dreaming of playing not in Super Bowls, yet rather in national championship games – but for Nebraska, where his father, Jimmy, and brothers Jamie and Dan, all played their college ball. (Jamie was a starting linebacker on the 2002 Nebraska squad that played for the title in the Rose Bowl against eventual winners Miami.)

When the Cornhuskers declined to offer Burrow (in high school and – spoiler alert – as a transfer), Burrow then superimposed an Ohio State logo onto the helmet of his fantasies, signing the Buckeyes the year they won the 2014 championship and expecting to lead them back to the promised land before leaving Columbus.

“It was a time where I was kind of doubting myself, and my dream had always been to play in a national title game,” Burrow says. “It wasn’t to get drafted and go to the NFL. I was deciding between some schools not of LSU’s caliber, and I thought, ‘Do I want to go there? Can I really play at a place like LSU in the SEC?’ And I said, screw that, I have faith in my abilities, faith in my preparation and my hard work, and that’s really what made the decision for me.”

Stevens, meanwhile, bounced from position group to position group in his first two seasons, spending time at safety, linebacker, h-back, and wide receiver before settling back at safety. Like Burrow, he considered transferring, but something made him stick it out.

Lawrence, too, had his moments of doubt. The coach who signed him at LSU got fired. The coach who recruited him and took over came under heavy criticism early in his tenure. Players he signed with transferred or left early for the draft. He considered joining them in the NFL, but opted to return for one final shot at making Orgeron’s promise a reality.

One Team. One Heartbeat.

“This whole team has been through a lot, especially us seniors,” Lawrence says.  “We were with Coach (Les) Miles when he was let go. We were here when Coach O took over and he got a bunch of scrutiny. We’ve seen it all and heard it all.”

The 2019 season – fall camp, especially – made any lingering doubts melt away. The combination of returning talent on both sides of the ball, a quarterback who’d proven his mettle taking over a new-look offense, and all that latent hope restored the collective vision the Tigers had harbored for so long.

“When I saw the offense in fall camp, and we couldn’t stop them, I was like, ‘We’ve got a chance to be great,'” Lawrence says. “The first scrimmage in fall camp, Joe Burrow was lighting it up. Then the defense came together in the back half of the year, but the offense was always there.”

“We expected to be here,” Stevens adds. “All year during fall camp and summer workouts, we’ve been planning to get here.

“It was hard. It was a long journey, but it was fun. All the work we put in, it wasn’t easy. It’s not for everybody. Coach O pushed us to our limits, and when we got to our limit, he pushed us even more. It’s all paying off now. We all circled this date. We all circled January 13th, and we’ve arrived.”

Here they are. And no matter how they arrived, it’s right where they expected to be.