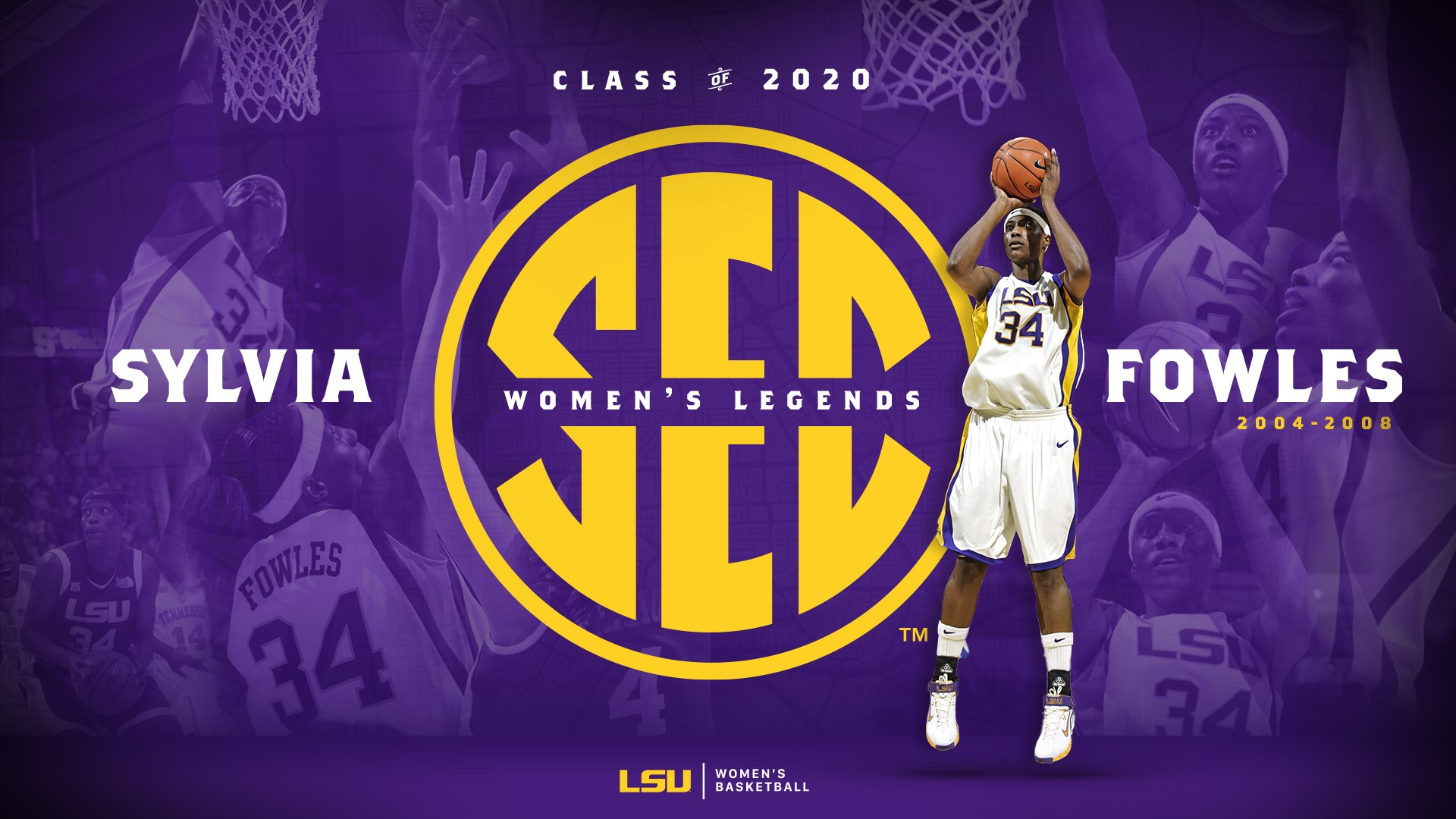 Fowles is the most dominant center in LSU history and one of the top centers in the history of the SEC. Fowles, who was a member of four NCAA Women’s Final Four teams, earned State Farm All-America honors twice in her career. The Miami, Florida native was inducted into the LSU Athletics Hall of Fame in 2015 and had her jersey retired in November 2017.

As a junior, she posted 16.9 points and 12.6 rebounds per game and followed that up with a senior season of 17.4 points and 10.3 rebounds per game. In 2006-07, Fowles earned All-America honors from the USBWA, Wooden Award, ESPN and Associated Press. In 2007-08, she was named SEC Player of the Year and the WBCA Defensive Player of the Year while becoming a consensus first team All-American.

Fowles wrapped up her 11th season in the WNBA, her fifth with the Minnesota Lynx, and signed a contract extension in September 2019. During the 2019 season she became the league leader in career double-doubles and finished the season 163, while moving into second place in league history with 3,332 career rebounds. She leads the league in career field goal percentage at 59.3 percent and is fourth in career blocks with 621.

Fowles is currently training with Team USA for her fourth Olympic Games in Tokyo 2020. She has three Olympic gold medals from Beijing 2008, London 2012 and Rio 2016.

The SEC Women’s Legends Class of 2020 will be honored at the 2020 SEC Women’s Basketball Tournament, March 4-8, in Greenville, South Carolina. Fowles will be recognized during halftime of LSU’s first game of the tournament. The SEC will feature her on SECsports.com and via social media on Monday, February 3.