Football Is BASF Team of the Month for December 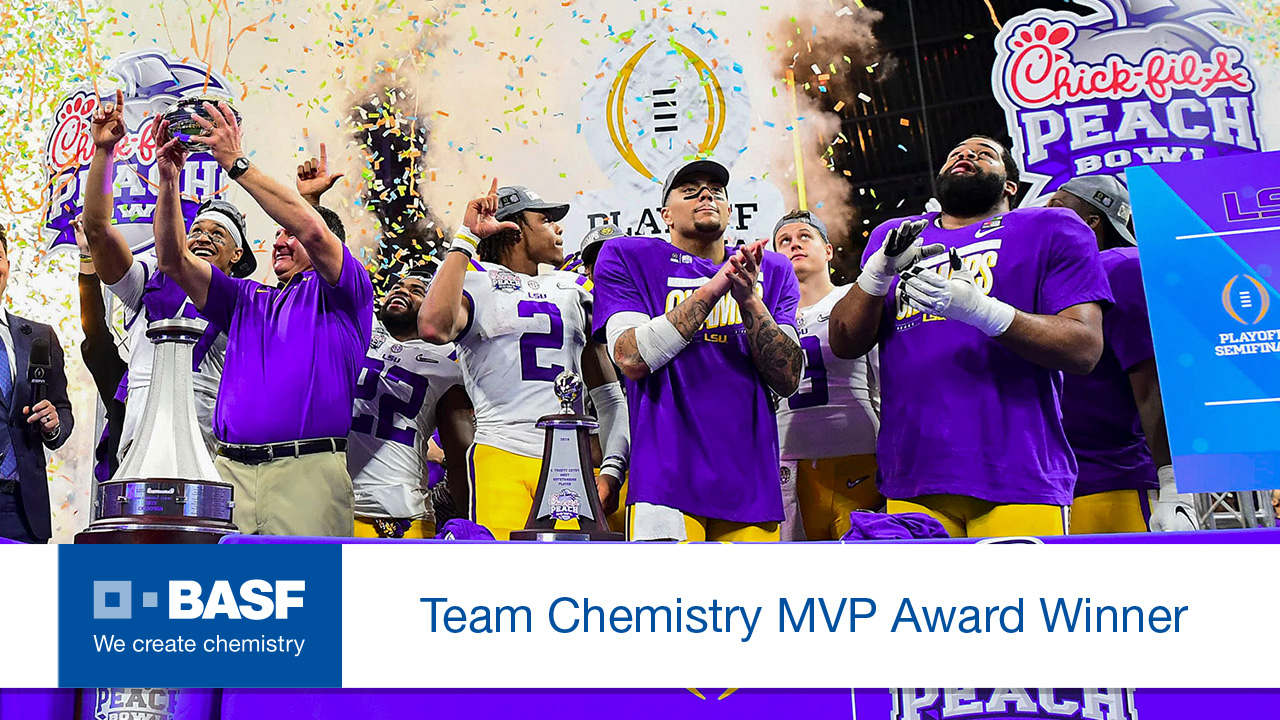 Baton Rouge, La. – The LSU football team has been named the BASF Team of the Month for the second-consecutive month after their outstanding performances in the month of December.

The month of December for LSU saw the Tigers beat Georgia in the SEC Championship, earn the No. 1 seed the in College Football Playoff, and defeat Oklahoma handily in the CFP semifinals. Up next – a chance for the national title on Jan. 13 in New Orleans against the Clemson Tigers.

Led by Joe Burrow’s MVP performance, No. 1 LSU defeated No. 4 Georgia in the SEC Championship by a score of 37-10 to win its 12th SEC Championship on Dec. 7 at the Mercedes-Benz Stadium in Atlanta. Burrow completed 28-of-38 attempts for 349 yards and 4 TDs. LSU had a 17-3 halftime advantage and scored 17 straight to start the second half to extend its lead to 34-3. The Tigers’ defense stifled Georgia by allowing them to convert only 3-of-13 third downs, and the held the Bulldogs to their lowest rushing total since 2017 (61 yards).

The win over Georgia locked up LSU as the No. 1 seed for the semifinals that slated them in a matchup against Oklahoma. It was a record setting night for the Tigers on Dec. 28 at the Mercedes-Benz Stadium in the CFP semifinals as they cruised to a 63-28 win at the Chick-fil-A Peach Bowl. It was an air raid of epic proportions as Burrow tossed an SEC-record tying seven touchdowns on the night, all of which came in the first half. Justin Jefferson had four touchdown catches, Terrace Marshall Jr. had two, and Thaddeus Moss had one TD reception. K’Lavon Chaisson was named the Defensive MVP of the game with his six tackles including two sacks. Linebackers Jacob Phillips and Patrick Queen both tallied eight tackles apiece in the contest.