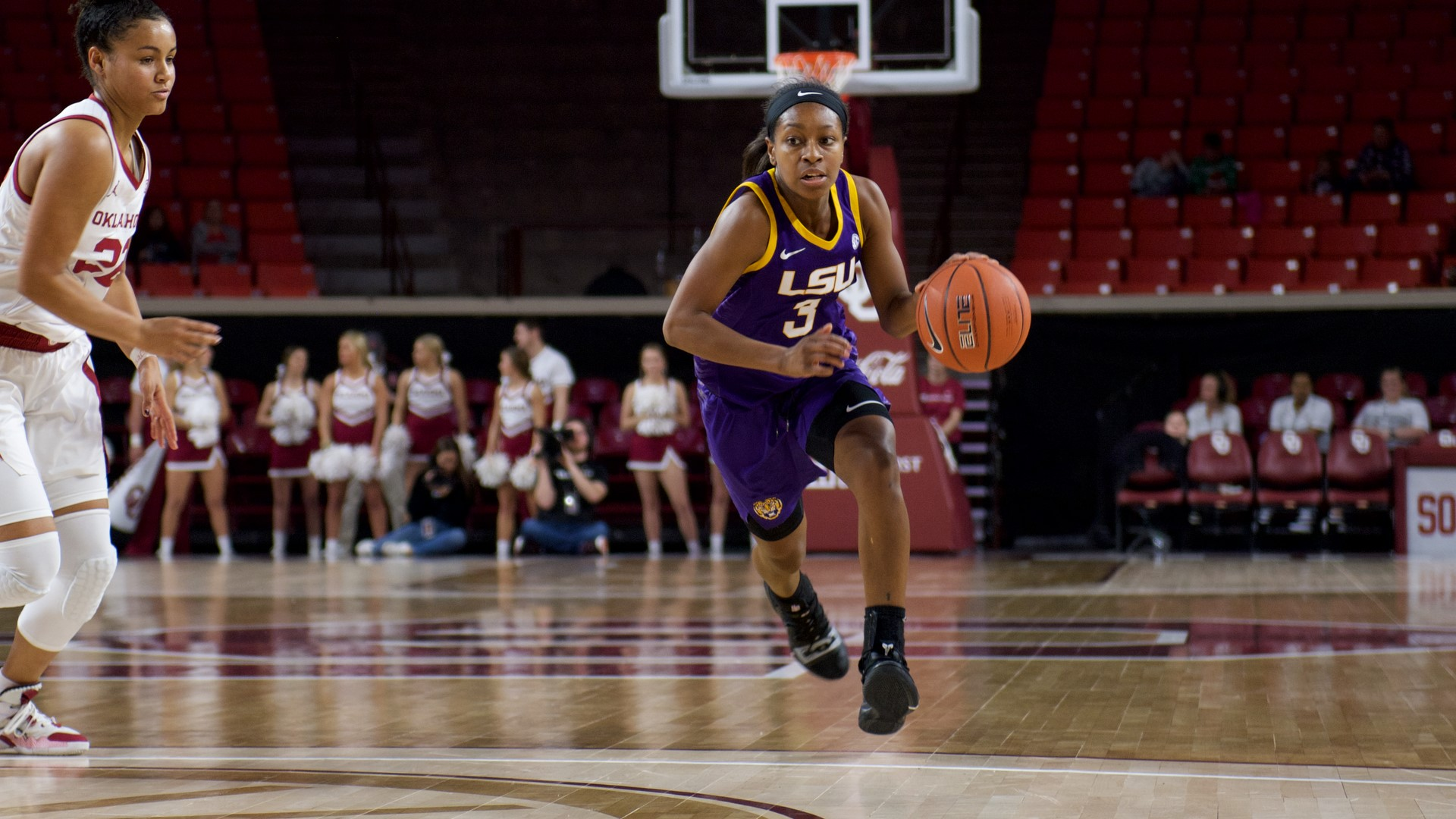 COLUMBIA, Mo. — The LSU women’s basketball team came up short in its comeback bid against Missouri on Sunday afternoon, 69-65, in Columbia. LSU is now 11-3 overall and 1-1 in SEC play.

Despite being down by 21 points at the half, LSU outscored Missouri 44-27 in the second half and closed to within 2 points late in the game.

Khayla Pointer led all scorers with 23 points, including shooting 11 of 12 from the free throw line. Ayana Mitchell recorded the 33rd double-double of her career with 14 points and 16 rebounds and made her second three-pointer of the season, just the ninth of her career.

Tiara Young came off the bench to make a solid impact in the second half, scoring 18 points and shooting 50 percent from the field.

LSU was able to win the battle of the boards, 38-34, and only committed seven turnovers during the game.

LSU will be on the road again taking on Texas A&M on Thursday, January 9 to in College Station. The game will be aired on SECN at 8 p.m. CT and live stats will be available.

On the deficit being a lot to come back from…

“Well, this game is played for forty minutes, not twenty. We didn’t come with the same intentional play action of guarding them. We gave up 23 points in one quarter and then 27 total in the second half. This team has got to understand that when you’re on the road and you’re in a hostile environment and their facing adversity, you can always count on your defense and board play. I felt like we failed in that area, especially in the first half.”

“For this group, it’s a lesson. Through all of your experiences, you want to learn. You want to learn too that when you play in this league and you dig yourself a hole, you can make your own run and come back at it. At one point it was a one-possession game and they were able to knock their free throws down the stretch to continue to solidify the win. The fight of our team in the second half, that is who we are. We got away from that and we’ve got to get back to it and make sure that we stay in tune with playing that type and that style of basketball.”