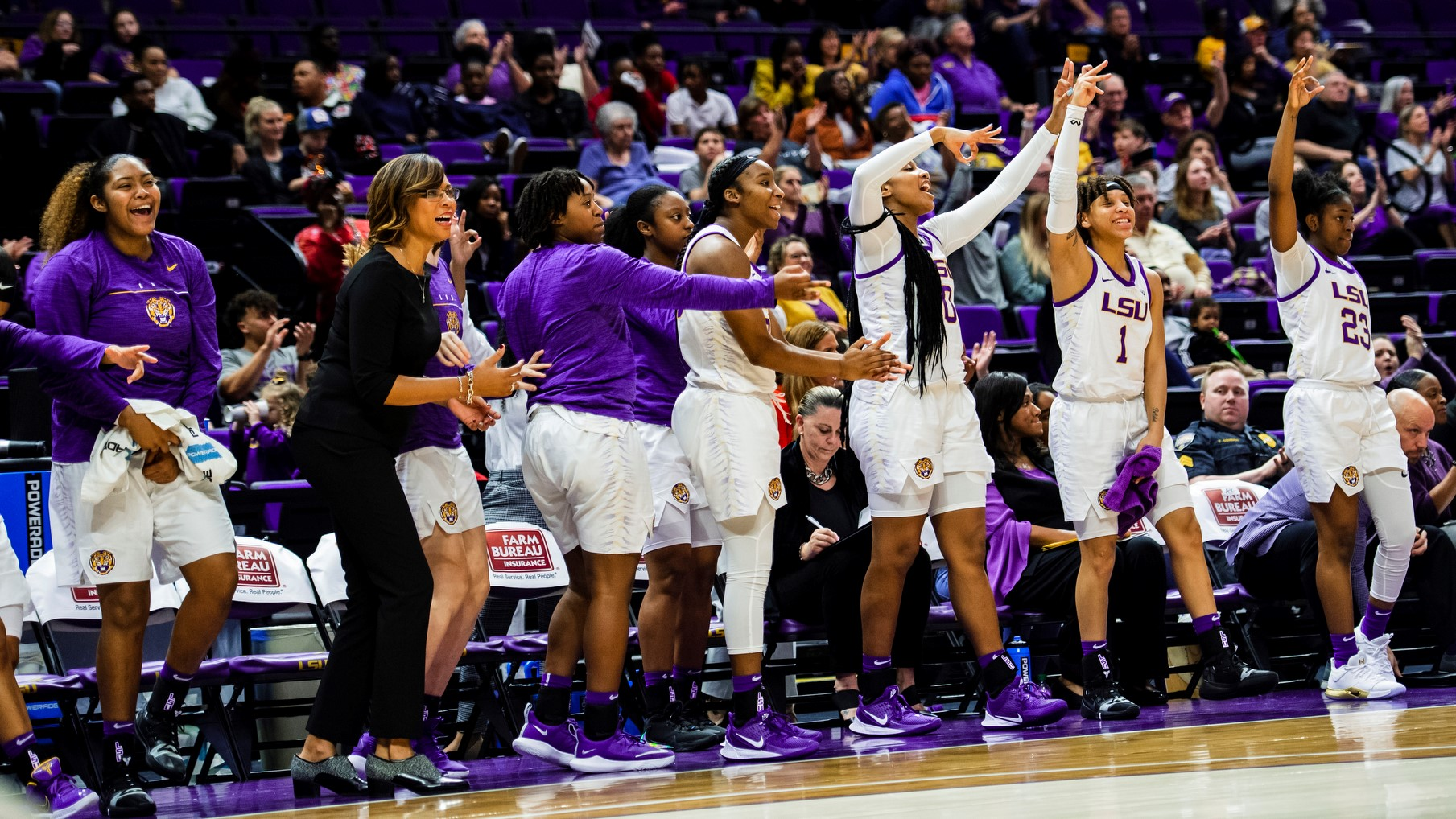 BATON ROUGE – The LSU women’s basketball team continues SEC play with five of its next seven games on the road. Road action begins at Missouri on Sunday, January 5 at 1 p.m. CT. The Tigers are 11-2 overall and 1-0 in SEC games, while Missouri is 3-11 and 0-1.

The game will be broadcast on ESPNU with Mark Neely and Dan Hughes calling the action. Fans can also listen to Patrick Wright call the game on the LSU Sports Radio Network. Wright is in his 30th season as the “Voice of the Lady Tigers”. Fans can listen on 107.3 FM and audio broadcasts are available online at LSUSports.net/live. Live stats will be available at LSUsports.net.

LSU is 11-2 on the season and 1-0 in conference action, and receiving votes in both national polls, following Thursday’s 71-60 win over Alabama at the PMAC. Redshirt senior Ayana Mitchell led all scorers with 20 points. It was the second game in a row that Mitchell scored 20 points and the third in the last four games. She also grabbed 11 rebounds for the 32nd double-double of her career. Juniors Khayla Pointer and Faustine Aifuwa also scored in double figures with 18 and 12 points, respectively. It was also the third game out of the last four that Pointer scored in double figures. Pointer also dished out a season-high eight assists.

Mitchell continues to be strong shooting from the field. She shot 7-of-10 from the field for 70 percent against the Tide. Her overall percentage is 70.9 percent for the season which ranks third in the nation and first in the SEC. Mitchell had an amazing December that saw her shoot 89.2 percent over LSU’s four games in the last month of the year.  She was 33-of-37, including a stretch of 19 consecutive field goals made to start the month. The consecutive makes streak started in November and extend out to 21 consecutive field goals made.

Mitchell is on track to become only the fourth LSU player to reach the 1,000 points-1,000 rebounds career marks – currently at 1,175 points and 829 rebounds. She has 32 double-doubles over her career and earlier in the season became the 33rd Tiger to score 1,000 career points. Mitchell played the 100th game of her career against Michigan State on November 29. She is averaging 14.4 points and 8.1 rebounds per game.

Pointer leads the squad from the point with 15.4 points and 4.4 assists per game. She also has the best free throw shooting percentage on the squad at 74.0 and the most steals with 35.

Aifuwa is having a solid season in the paint for LSU. Aifuwa is third on the team with 10.8 points per game. She is sporting a 56.4 field goal percentage to go along with 6.8 rebounds per game and 18 blocked shots. Against FGCU on December 19, Aifuwa became the eighth LSU player to block 100 shots over her career.

LSU continues its solid play on defense, having held opponents to 50 points or under four times and 10 opponents at 60 or under so far this season, all victories.

Bench play has gotten stronger as the season has progressed. The LSU bench has outscored opponents 272-208 over the first 13 games of the season. Senior Jaelyn Richard-Harris will become the second LSU player this season to play in their 100th game wearing purple and gold when she hits the court on Sunday.

LSU head coach Nikki Fargas is in her ninth season at LSU and 12th overall. In 26 seasons as a student-athlete, graduate assistant and collegiate coach, Fargas is 635-210.

Missouri is 3-11 on the season following Thursday’s 77-66 loss at Tennessee. A combination of seniors and freshmen are leading the way for the Tigers from Columbia. Senior guard Amber Smith, out of Loyola Prep in Shreveport, leads Missouri with 14.1 points and 6.5 rebounds per game. Rookies Hayley Frank and Aijha Blackwell are also scoring double figures with averages 12.1 and 11.9 points per game, respectively. Seniors Jordan Roundtree and Jordan Chavis have started every game along with Smith.

Head coach Robin Pingeton is in her 10th season at Missouri. LSU holds a 9-3 advantage in the series.

LSU will be on the road Thursday, January 9 at Texas A&M. Game time is set for 8 p.m. CT and the game will be broadcast on SECN.

The Tigers next home game will be Sunday, January 12 against Ole Miss at 2 p.m. Fans can purchase tickets for all games at LSUtix.net. The SEC Pack is a mini-plan that features all eight home SEC games for $60. It will be the annual Gold Game.