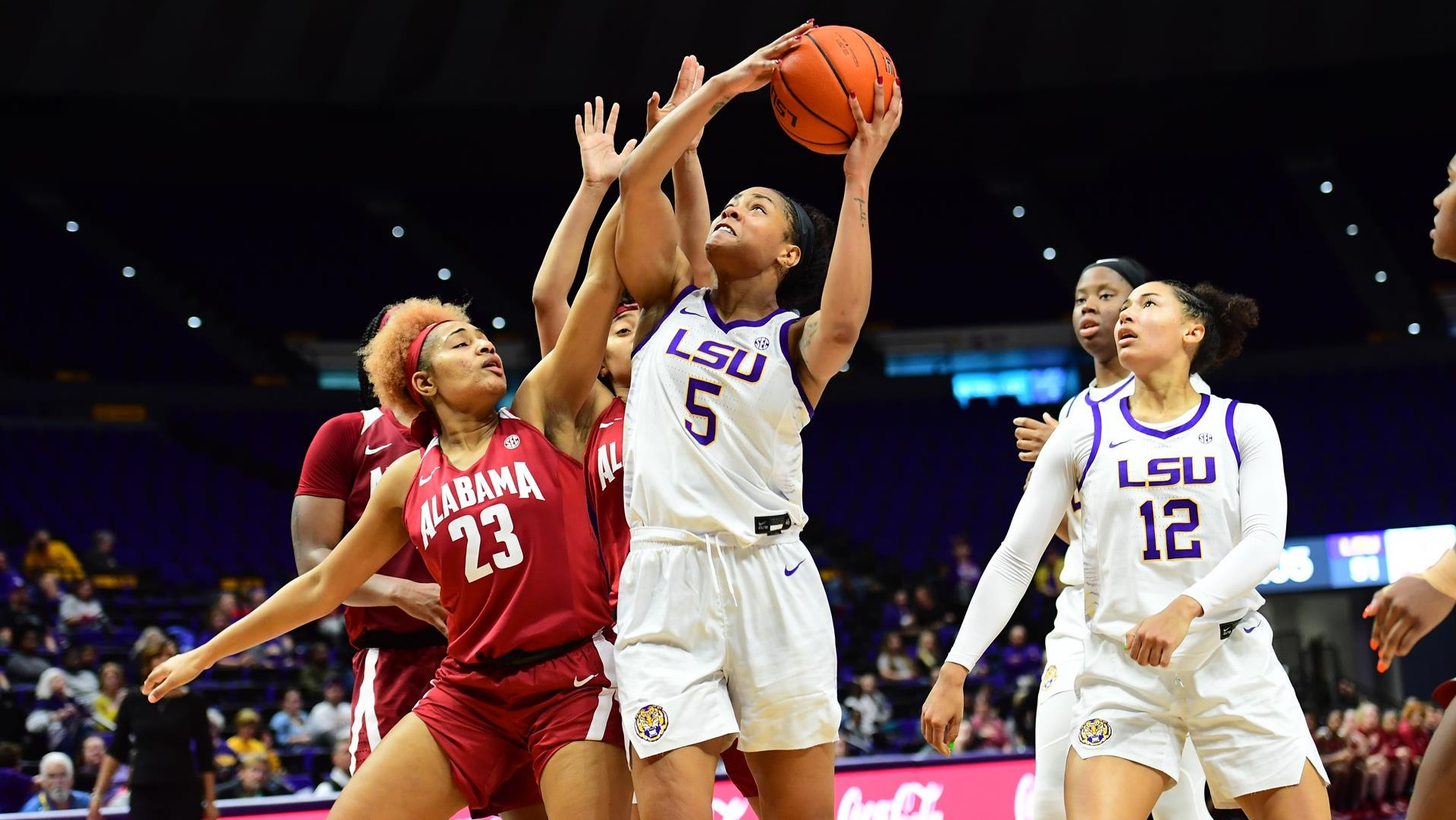 BATON ROUGE—The LSU women’s basketball team roared into 2020 and SEC play with a 71-60 win against the Alabama Crimson Tide. The win by the Tigers pushes their overall record to 11-2 and 1-0 in the SEC.

LSU will be on the road this Sunday, January 5, taking on Missouri in Columbia. The game is at 1 p.m. and will be broadcast on ESPNU. Live stats will be available.

On relying on Mitchell, Pointer, and Aifuwa during crunch time…

“Our guards did a really nice job of trying to get the ball to Ayana (Mitchell) and Faustine (Aifuwa) but Mitchell is such a dominant force on the offensive glass. Khayla’s (Pointer) ability to manipulate and adjust to defenses is what makes her one of the best guards in the country. When you have those three playing and have contributions from the bench, it’s always a positive. More importantly, I thought our defense in the second half did a good job of containing Jordan Lewis, which was the one that was completely dominating for them in the first half. Jailin Cherry, Jaelyn Richard-Harris, and Karli Seay collectively did a good job of keeping her at bay.”

“We ran some high ball-screen action for Pointer and she did a nice job of taking what the defense was giving her. Pointer is a player that knows when to score and when to distribute. She did a good job of keeping her turnovers down tonight. But all in all I am very proud of this group. Alabama is a really good basketball team. They have size, three-point shooters, guard play, and they will continue to be successful throughout the year.”

On seven of the ten players who played getting an assist…

“When we are playing selfless that is when we look our best. I liked that we were trying to find the hot hand and playing together. We did a nice job of getting the ball in the right person’s hand at the right time.”