The Best Team in the Country Keeps Getting Better 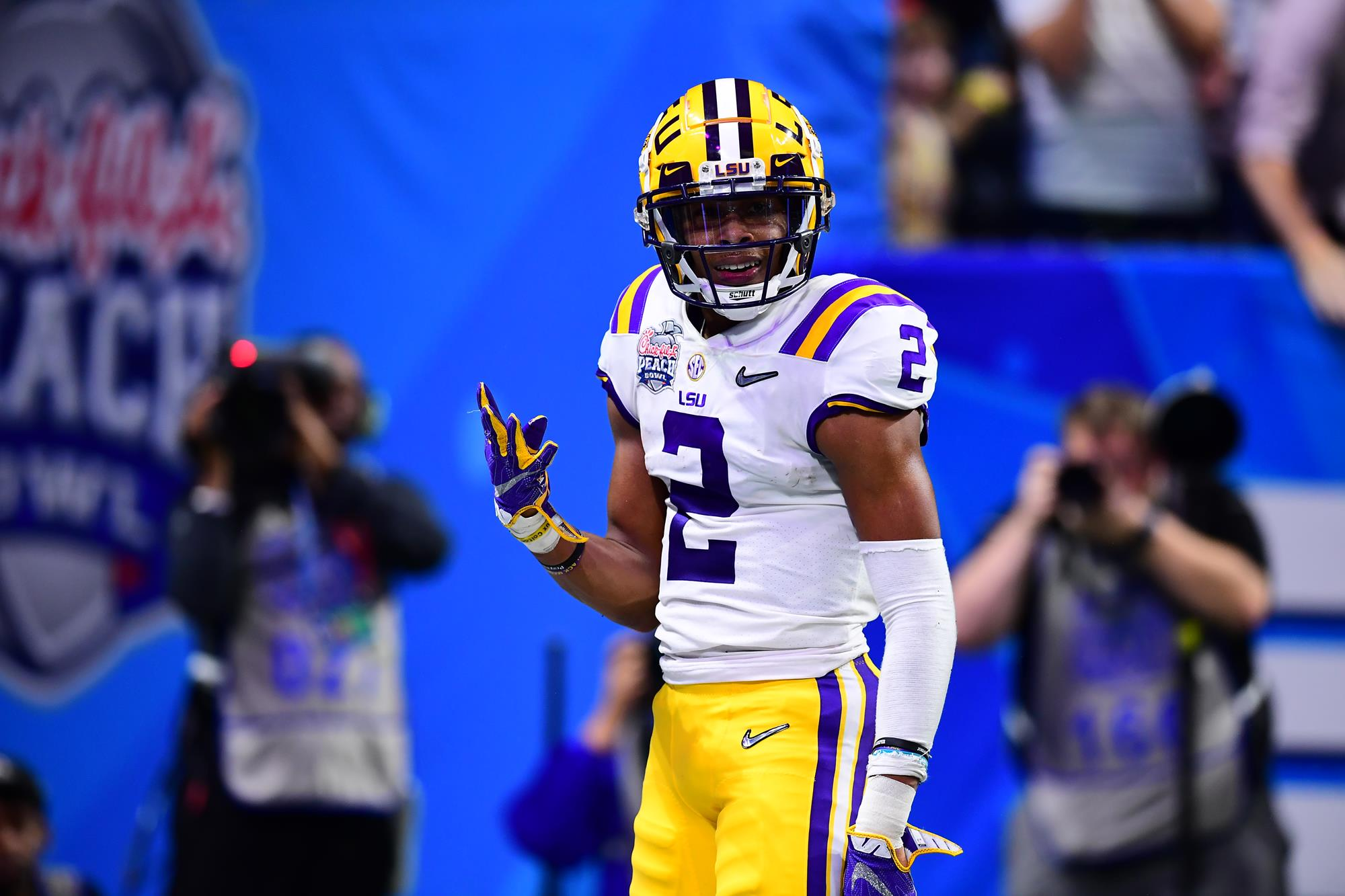 ATLANTA – Maybe it’s the collection of talent: the Heisman winner at quarterback, the Biletnikoff winner at receiver, the Thorpe winner at safety, and a smattering of All-Americans and All-SEC performers on both sides of the ball.

Maybe it’s the competiveness, all that ability battling weekly in practice, the will to rise to the top of the depth chart and the offensive game plan carrying over against opponents every Saturday.

Maybe it’s the mindset, a 1-0 goal that resets every week when the 24-hour rule expires after victories.

Maybe it’s all of those factors combined and more that are harder to pinpoint, because whatever it is that’s gotten LSU here – 14-0, No. 1 six top-10 wins, and, after a historic, unprecedented, never-in-doubt, legacy-building 63-28 win over No. 4 Oklahoma to earn a berth in the College Football Playoff Championship Game on January 13 in New Orleans – it’s as difficult to define as the Tigers are to defeat.

What’s easier than identifying causes is identifying trends, and the defining one of LSU’s season, the one that has them favorites to win the whole thing back home in Louisiana, was on full display Saturday in Atlanta.

LSU isn’t just the best team in the country. It’s getting better.

It’s improving, somehow, at quarterback, where Heisman winner Joe Burrow did all the things he did this season to win the trophy by a record margin – only he did them better.

It’s hard to fathom, really: 403 passing yards and 7 passing touchdowns would be monumental and record-setting for 60 minutes, but Burrow did that in a half on Saturday, as LSU raced out to a 49-14 lead in just 30 minutes.

After he added another rushing touchdown in the second half to bring his total on the day to eight – one of the many CFP and Chick-fil-A Peach Bowl records the team claimed on the evening – Burrow provided a glimpse into the mindset that’s burned inside him all season and caught on amongst his teammates.

“We go into every game thinking nobody can stop us,” Burrow says. “That’s the way we think. We think we need to score every time we touch the ball. If we don’t, then we’re still kind of chasing that perfect game. It’s always something to get better at, and today was a lot of fun, but still room to improve.”

Room to improve? On that?

Sure, says his passing game coordinator.

“There no such thing as one on one in our offense,” Joe Brady says. “It’s all one on nones. We left a few out there, which is kind of going to bother all of us.”

Burrow and Brady are chasing the ghost of a perfect game, while others are chasing their own teammates. Justin Jefferson, who grabbed four touchdown passes in the first half – yep, another record – and finished with 14 catches for 228 yards – uh huh, records, too – was among the more unsatisfied players on the team after awards season. Despite racking up more than 1,200 yards and 14 touchdowns through the SEC Championship Game, Jefferson found himself relatively empty-handed after postseason awards were handed out.

On Saturday, the only time he was empty-handed was when he dropped the ball in the endzone after his fourth touchdown to count, finger-by-finger, his day’s production.

“I was shorted out of a lot of awards I wanted to accomplish,” Jefferson says. “This was the game for it. Before the game, I said they were going to feel my wrath.”

The game brought Jefferson back into a tie with teammate Ja’Marr Chase with 18 touchdown receptions, and whoever finishes the season with more gets Waffle House, his teammates’ treats.

Terrace Marshall did his best to maintain pace, too, grabbing two more scores after snagging a pair against Georgia in the SEC Championship Game. Minute attention to detail is what’s driving him on his personal upward arc late in the season.

The defense is getting in on the fun, too, especially against the pass. In the last three games, facing three quarterbacks that featured prominently in preseason Heisman Trophy discussions, Dave Aranda‘s secondary has limited Texas A&M, Georgia, and Oklahoma to 47-of-111 passing for 547 yards, one touchdown, and six interceptions – a paltry passer rating of just 73.2 that would lead the nation by 20 points, extrapolated over the entire season.

Meanwhile, a run defense that’s ranked in the top 10 nationally all season limited a potent Oklahoma rushing attack to less than 100 yards on the ground.

“Nobody gets too far ahead of themselves,” says defensive lineman Breiden Fehoko. “We focused on the job at hand.”

Now, that job is to beat Clemson in the national championship game. Clemson, the defending national champions and winners of 29 straight games. For all the records this LSU team keeps setting, they’ll likely need to set more to get the one they really care about.

“January 13 is the record we’re worried about,” says Burrow.

“Just getting there is not our final destination,” says Ed Orgeron. “We’re looking to win it.”

The way they’re playing now – the best team in the country and getting better every week – you have to like their chances.

They sure do, because as good as they’ve been this season and as good as they were Saturday, they’re still chasing the perfect game. And if it just so happens to come in New Orleans and end with a national championship, that would at least be the perfect ending.

“That’s the goal of the whole season, to win that National Championship,” says Jefferson. “So we’re not going to stop until we get that.”