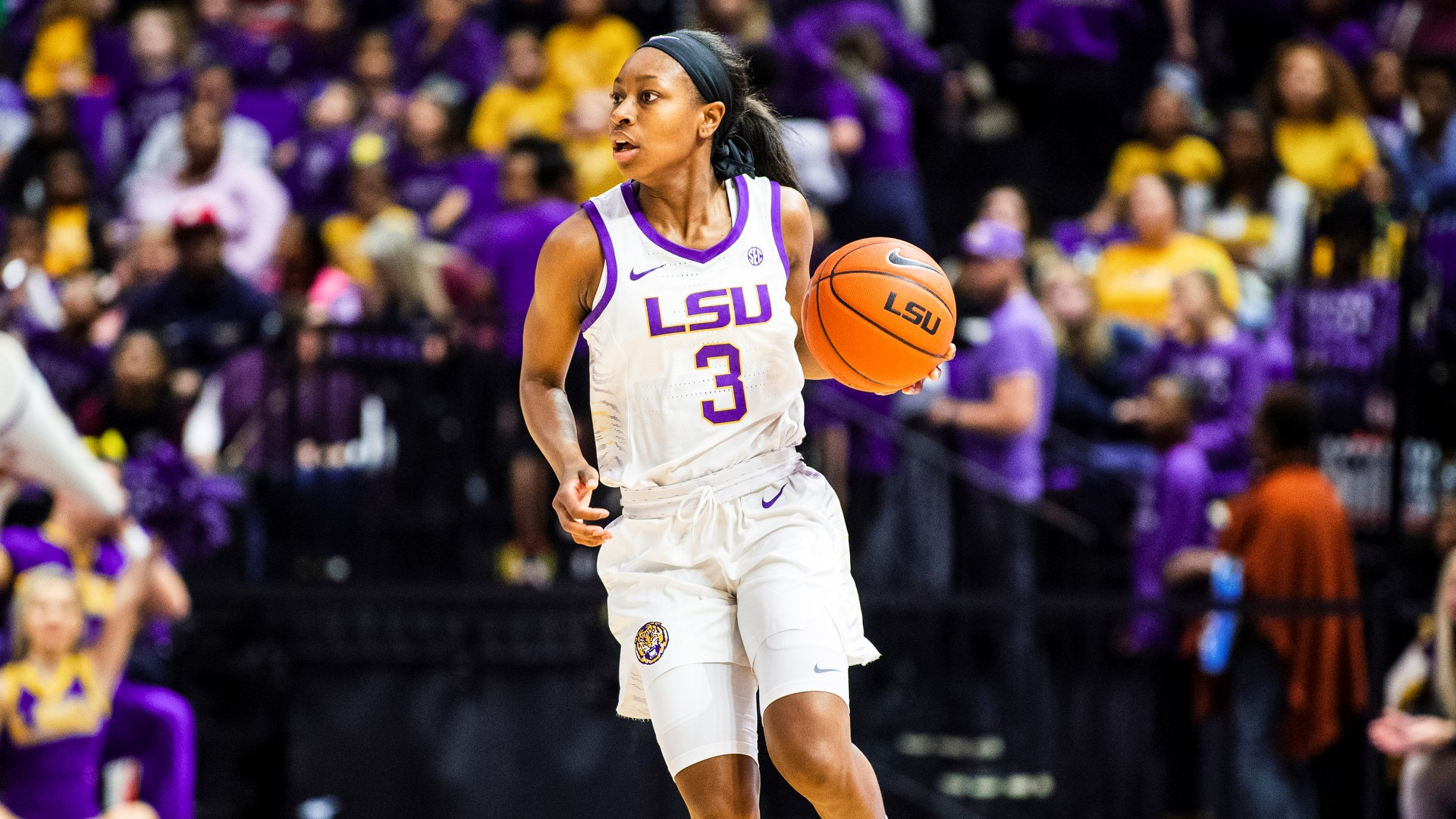 BATON ROUGE – The LSU women’s basketball team will host its first-ever meeting with Florida A&M on Saturday, December 28 at Noon at the Pete Maravich Assembly Center.

The game will be broadcast on SECN+ with Lyn Rollins and Jordy Hultberg calling the action. Fans can also listen to Patrick Wright and Jeff Palermo call the game on the LSU Sports Radio Network. Wright is in his 30th season as the “Voice of the Lady Tigers”. Fans can listen on 107.3 FM and audio broadcasts are available online at LSUSports.net/live. Live stats will be available at LSUsports.net.

LSU is now 9-2 on the season following at big road win at Florida Gulf Coast, 74-63. The Tigers used a 15-0 run to end the first quarter and take their first lead of the game. Junior Khayla Pointer played one of the best games of her LSU career, scoring a career-high 30 points and grabbing a career-high on 11 rebounds. It was her second career double-double and the first with points and rebounds. She scored 20 points in the second half to keep LSU in the lead late in the game. Pointer was just four assists away from posting a triple-double with six assists. It was her fourth game of the season with five or more assists.

In the game, senior Ayana Mitchell ended a consecutive field goal streak of 21 made in a row over three games. This is believed to be the most by a Tiger player in the history of the program with research on-going. The NCAA record is 33, set by Ruthy Hebard of Oregon from February 9-19, 2018 against 4 opponents. Other LSU players with double-digit makes streaks include Seimone Augustis in 2004 and Sylvia Fowles in 2007.

Mitchell is on track to become only the fourth LSU player to reach the 1,000 points-1,000 rebounds career marks – currently at 1,135 points and 811 rebounds. She has 31 double-doubles over her career and earlier in the season became the 33rd Tiger to score 1,000 career points. Mitchell played the 100th game of her career against Michigan State on Nov. 29. She is averaging 13.4 points and 7.9 rebounds per game. Mitchell leads the SEC and is 4th in the nation in field goal percentage at 69.0 percent.

Pointer leads the squad from the point with 16.4 points and 4.1 assists per game. She also has the best free throw shooting percentage on the squad at 73.2 and the most steals with 27.

Junior Faustine Aifuwa is having a solid season in the paint for LSU. Aifuwa is third on the team with 11.2 points per game. She is sporting a 55.1 field goal percentage to go along with 6.7 rebounds per game and 13 blocked shots.

LSU continues its solid play on defense, having held three opponents to 50 points or under twice and eight opponents under 60 so far this season, all victories.

Bench play has gotten stronger as the season has progressed. The LSU bench has outscored opponents 225-165 over the first 11 games of the season.

LSU begins SEC play at home on Thursday, January 2 at 7:40 p.m. against Alabama.

Fans can purchase tickets for all games at LSUtix.net. The SEC Pack is a mini-plan that features all eight home SEC games for $60.