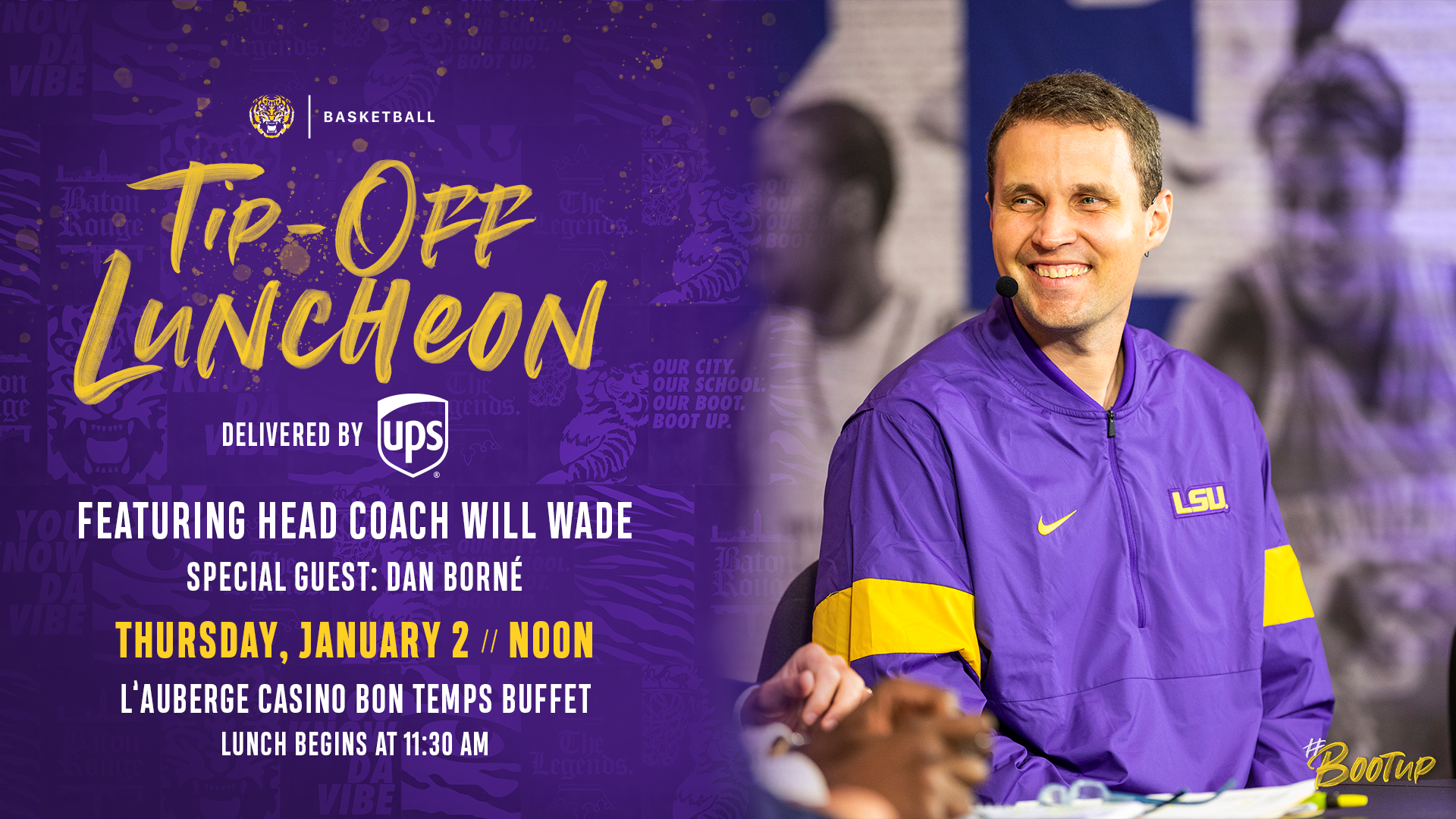 BATON ROUGE – LSU Basketball fans are invited to start their new year with the January Tipoff Luncheon presented by UPS on Thursday, Jan. 2 at the L’Auberge Hotel and Casino Baton Rouge.

Coach Will Wade will also be on hand to discuss the start of Southeastern Conference play which begins on Jan. 4 at Tennessee. The monthly gatherings for good food and basketball conversation are open to the public.

Borne’ covered the record-breaking Jan. 31, 1969 game between Ole Miss and LSU at the Parker Agricultural Center on the LSU campus for CBS Radio and watched as Pete Maravich topped the mark of Oscar Robertson for career points in NCAA Basketball.

The 50th anniversary will be celebrated and remembered at halftime on Feb. 1, 2020 as part of Alumni Weekend activities as LSU and Ole Miss will meet again 50 years and one day since the record, this time in the Pete Maravich Assembly Center. Maravich would finish his career with 3,667 points. He did all that playing just three seasons, with no shot clock and no three-point line in college basketball.

Only three other players have reached 3,200 points in their respective careers, more than 400 points behind LSU’s Maravich.

To get to the L’Auberge Hotel and Casino Baton Rouge from the LSU area, follow LA-30N/Nicholson Drive. Turn onto L’Auberge Crossing Drive and follow the signs to L’Auberge Baton Rouge.

The other dates for the luncheon this season (all on Thursday): February 6 and March 5.