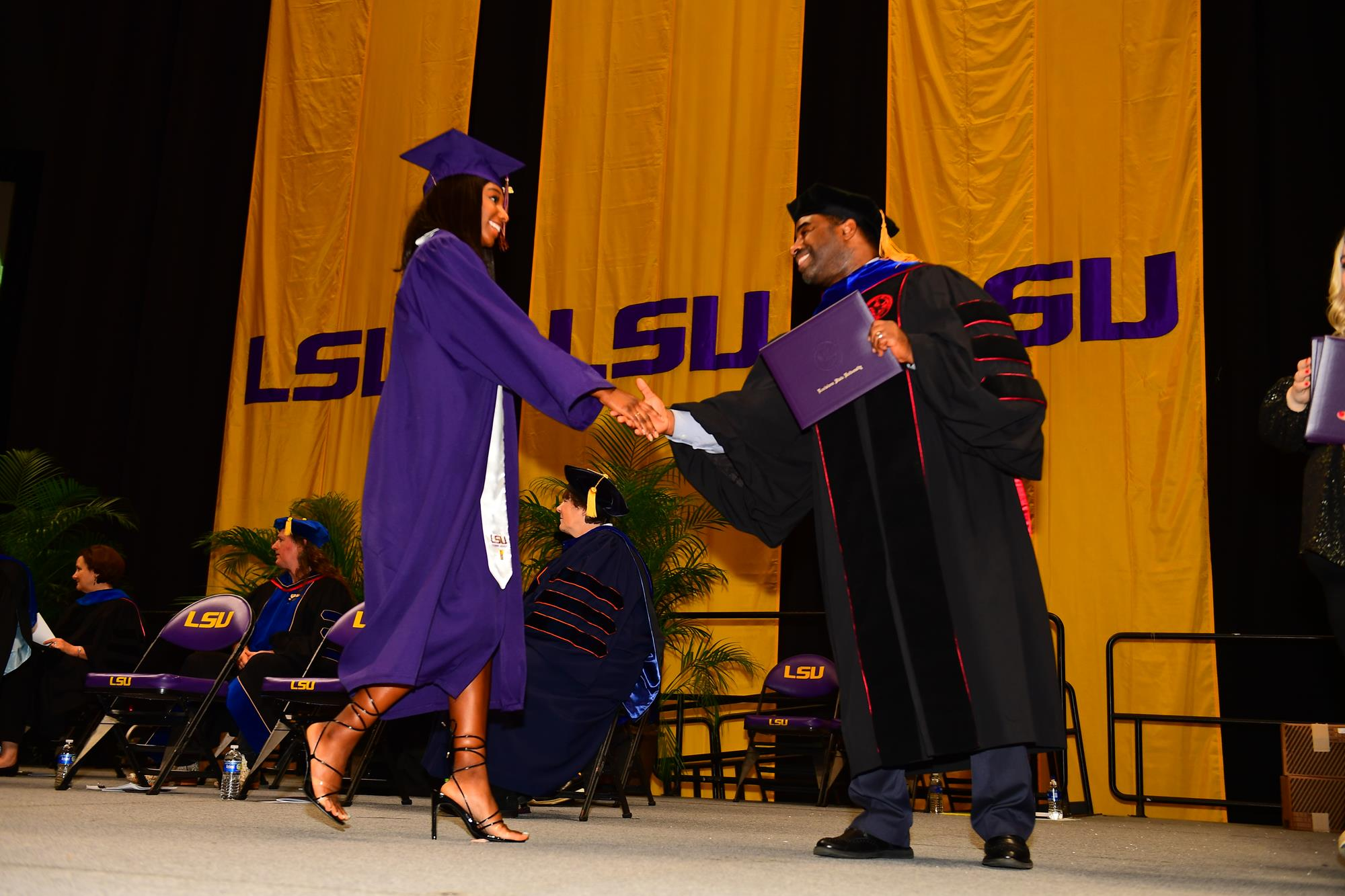 BATON ROUGE – LSU softball senior Aliyah Andrews graduates early with a degree in sports administration as a part of the College of Human Sciences and Education. She walked across the stage on Friday afternoon as the school held its Winter Commencement on campus.

Andrews has played vital role on the LSU softball team in her three seasons and will again be a key contributor for the Tigers in 2020.

The 2019 First Team All-South Region selection hit .358 in 2019, which was second best on the team. She led the SEC and was ranked 15th in the nation in runs scored. One of her most memorable runs scored came against Florida on March 18 when she scored from second off a walk-off double to left-center by Amanda Sanchez.

She is a two-time SEC All-Defensive honoree and a three-time SEC Academic Honor Roll selection. She has started in 176 games for the Tigers and currently has a career batting average of .342.

Former Tiger Jennifer Schuelke also graduated this fall with a master of science in leadership and human resource development. She was a four-year catcher from 1998-2001. She earned SEC Academic honors as a junior and had a crucial double in the 13th inning of the NCAA Regional semifinal that put a pinch runner Jennie Reeves in scoring position to defeat Southern Miss.