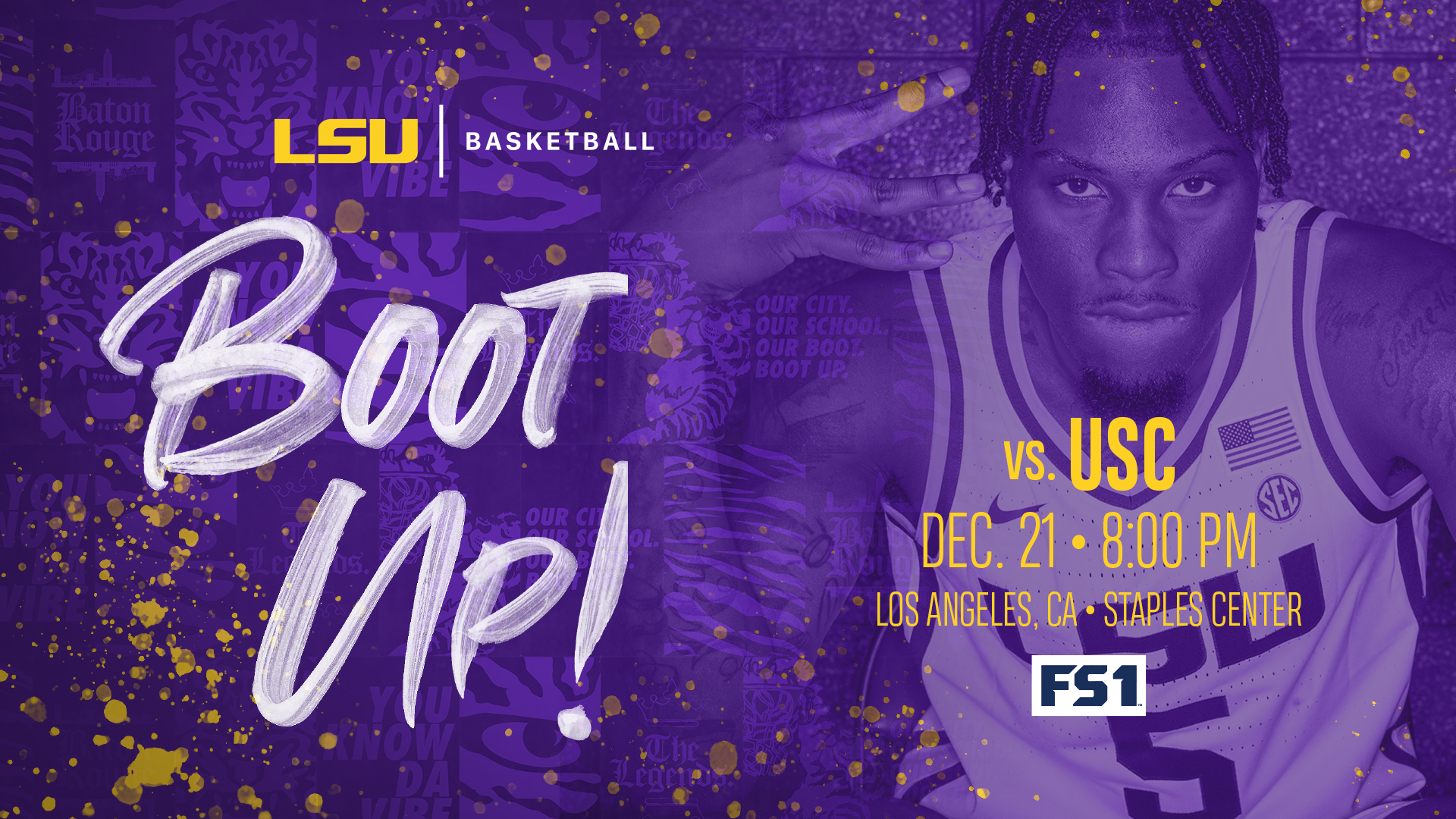 LOS ANGELES – The LSU Tigers will look to get back on the winning side when they face USC Saturday night in the second game of the Air Force Reserve Basketball Hall of Fame Classic at the STAPLES Center.

The Tigers and Trojans will play at approximately 8 p.m. CT following the 5:30 CT game between San Diego State and Utah at the home of the NBA Lakers, Clippers and NHL Kings.

LSU and USC will be televised by FS1 and broadcast on the affiliates of the LSU Sports Radio Network with the “Voice” of the Tigers Chris Blair and former LSU head coach John Brady on the call (Guaranty Media flagship Eagle 98.1 FM).

The Tigers worked out Friday at East Los Angeles College, a community college that offers a full complement of sports including football. LSU will get its chance to shoot in the STAPLES Center on game day at Noon PT.

The last time LSU was out in California for a game was Dec. 18, 2012 when the Tigers defeated UC-Irvine, 66-60. This will be the first meeting between LSU and USC since an 87-76 win for the Tigers in December 1976 in the then LSU Assembly Center.

The Trojans are coming into the game off an 87-76 win over Long Beach State on Sunday. Onyeka Okongwu scored 24 of his 28 after halftime, including 16 of USC’s first 17 after the break to lead the Trojans. Jonah Mathews finished with 18 points, making 5 3-pointers.  Isaiah Mobley added 11 points and 9 rebounds off the bench.

It feeds exactly into what Coach Will Wade has been telling his team about what they must overcome on Saturday night to be successful.

“They are big. They are physical,” said Coach Wade of the Trojans. “USC is as good a front line as we have played against. Obviously, coming off a game where we didn’t rebound the ball very well, that’s going to be a challenge for our guys. Hopefully, we will be answer the bell there.”

LSU will be looking to do what it was able to do last year in a similar situation when it lost on the road at Houston then traveled to the Neon Hoops Classic in Las Vegas against Saint Mary’s and the win pushed the Tigers toward a long winning streak as their play began to improve as they moved from that game.

The Tigers are next at home on Dec. 29 to host what could be a potentially undefeated Liberty Flames team at 12:30 p.m. Tickets are available at LSUTix.net.