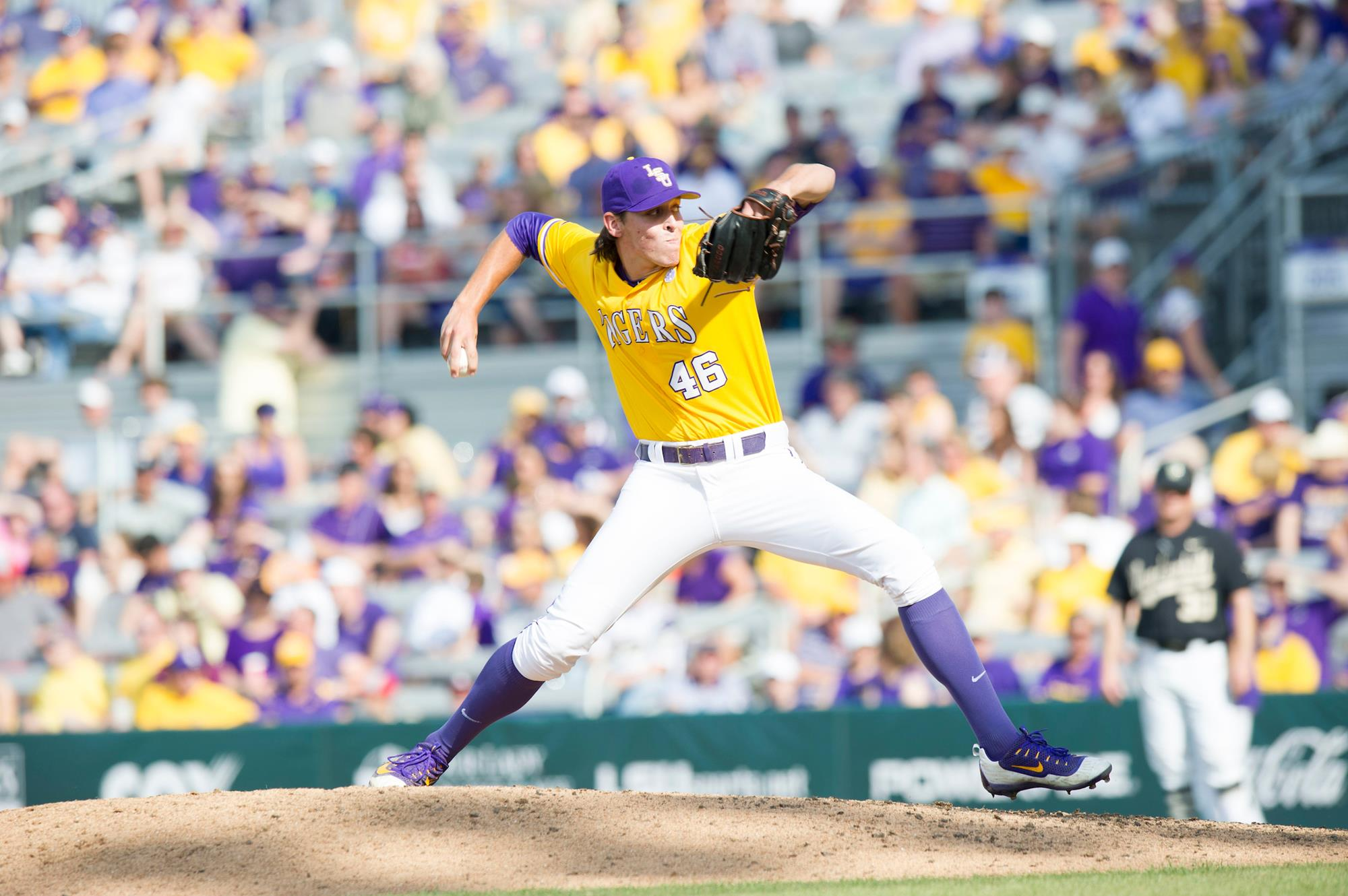 Bugg, a product of San Diego, Calif., pitched at LSU from 2014-16, making 80 appearances (one start) on the mound during his three-season career. He posted a 2.64 ERA and nine saves in 112.1 innings, recording 34 walks and 100 strikeouts while limiting opponents to .200 batting average.

Bugg was named to the 2015 and 2016 SEC Academic Honor Roll, and to the 2014 SEC First-Year Academic Honor Roll. He was selected in the 27th round of the 2016 MLB Draft by the Miami Marlins, and he pitched last season for the Marlins’ Triple-A affiliate, the New Orleans Baby Cakes. The Baby Cakes have since moved to Wichita, Kan., and are now known as the Wichita Wind Surge.

“To earn an LSU degree while embarking upon a professional baseball career is extremely difficult,” said LSU coach Paul Mainieri, “so this is a tremendous accomplishment for Parker. We are very proud of his determination to come back to school and get his degree, and we wish him continued success in pro baseball and in all of his future endeavors.”

Mainieri’s commitment to academic achievement has been illustrated by the Tigers’ performance in the classroom, as Bugg is the 94th LSU baseball player to have earned his degree during Mainieri’s tenure. Twenty-four of the graduates were players who signed professional contracts before completing their college eligibility and returned to LSU to finish their degree requirements.

Mainieri has coached 133 players who have completed their collegiate eligibility at LSU, and 132 of those players have earned a degree and/or played professional baseball. In addition, LSU players have received SEC Academic Honor Roll recognition on 130 occasions over the past 13 seasons.