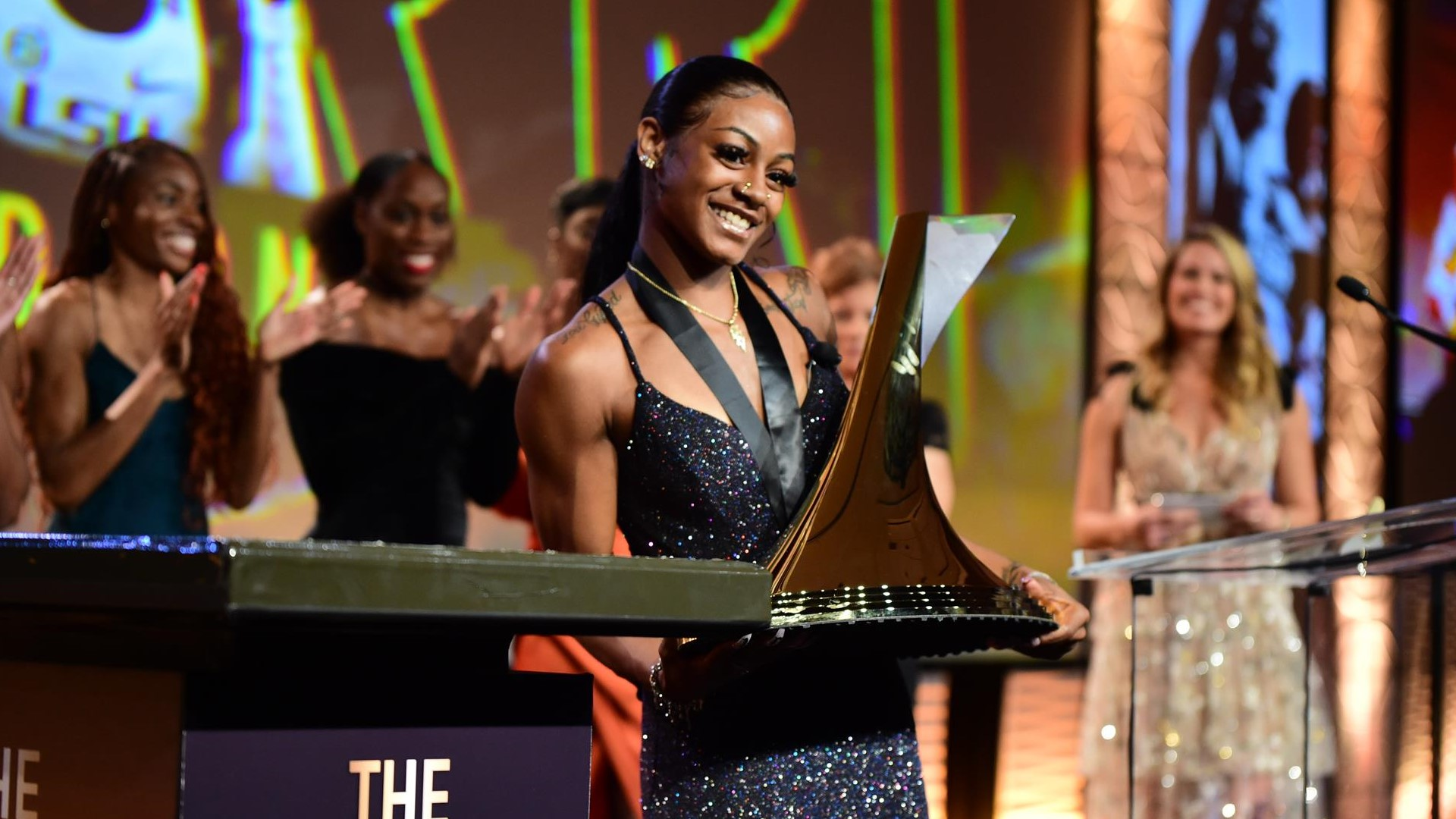 Orlando, Fla. – LSU’s Sha’Carri Richardson became the first freshman in The Bowerman’s 11-year history to win the award on Thursday night at the Grande Lakes Resort. The Bowerman is awarded to the best collegiate track and field athlete annually at the U.S. Track & Field and Cross Country Coaches Association Convention.

Richardson was announced as the winner of The Bowerman over Florida’s Yanis David and Arkansas’ Janeek Brown. Richardson is the third female athlete from the SEC to win The Bowerman joining the likes of LSU’s Kimberlyn Duncan (2012) and Georgia’s Keturah Orji (2018).

“I’m thankful for Coach (Dennis) Shaver, Coach Bennie (Brazell), and my girls back at LSU,” Richardson said. “I’m thankful for them because without them I don’t know how I would have made it through the season.  Their love and support were a driving force for me to want to do better, to want to go faster, and to be greater for the legacy of LSU.”

Richardson cemented her status as one of the all-time greats in collegiate track and field with her performance at the NCAA Championships in June at Mike A. Myers Stadium in Austin, Texas. She scored a total of 20 points for LSU to earn High Point Scorer of the Meet honors and lead LSU to a third-place team finish all while setting a plethora of records.

In the finals of the 200 meters at the NCAA outdoor meet, she ran a PR of 22.17 to take silver and stake claim to the fifth-fastest time in NCAA history. She also anchored LSU’s 4×100 meter relay team to silver with the eighth-fastest readout in NCAA history, a 42.29.

A few weeks earlier at the SEC Outdoor Championships in Fayetteville, Ark., Richardson made some more history. She became the first freshman in SEC history to sweep titles in the 100 meters (11.00w) and 200 meters (22.57), and run as a member of a winning 4×100 meter squad. She was named the SEC Freshman Track Athlete of the Year for her performances outdoors.

Richardson closed out her career as a four-time All-American, she owns four LSU top-10 marks in the record book, and she won a total of 13 finals’ races in 2019 on the collegiate circuit. A native of Dallas, Texas, Richardson is now a professional runner for Nike.