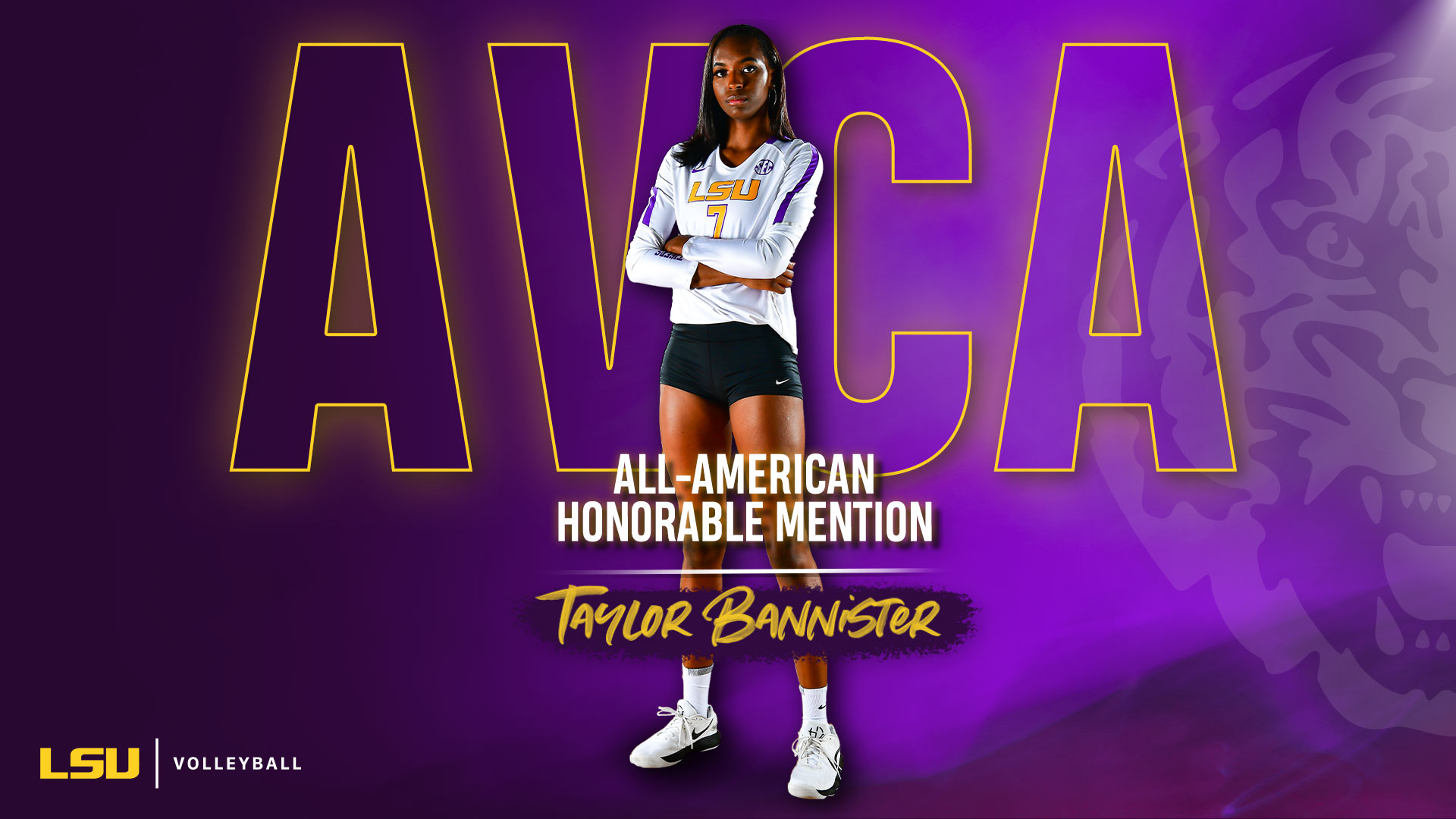 BATON ROUGE – The accolades continue to roll in for the LSU volleyball program as junior right side hitter Taylor Bannister has been named AVCA All-America Honorable Mention as announced by the American Volleyball Coaches Association Wednesday.

“Taylor is certainly among the best players in the SEC and the country,” said head coach Fran Flory. “We are proud of her as she is recognized again as an All-American.”

The Missouri City, Texas native led the Tigers with a total of 438 kills on the year, averaging 4.29 kills per set. In conference action, she led the whole league with 4.82 kills per set. She finished second in points per set at 5.51.

The 6-5 right side hitter became the 23rd Tiger to reach 1,000 kills and the seventh to do so as a junior. She reached the feat against Ole Miss on Oct. 6 as she finished that match with 19.