LSU Basketball Back In Action At Home Wednesday, 6 P.M. 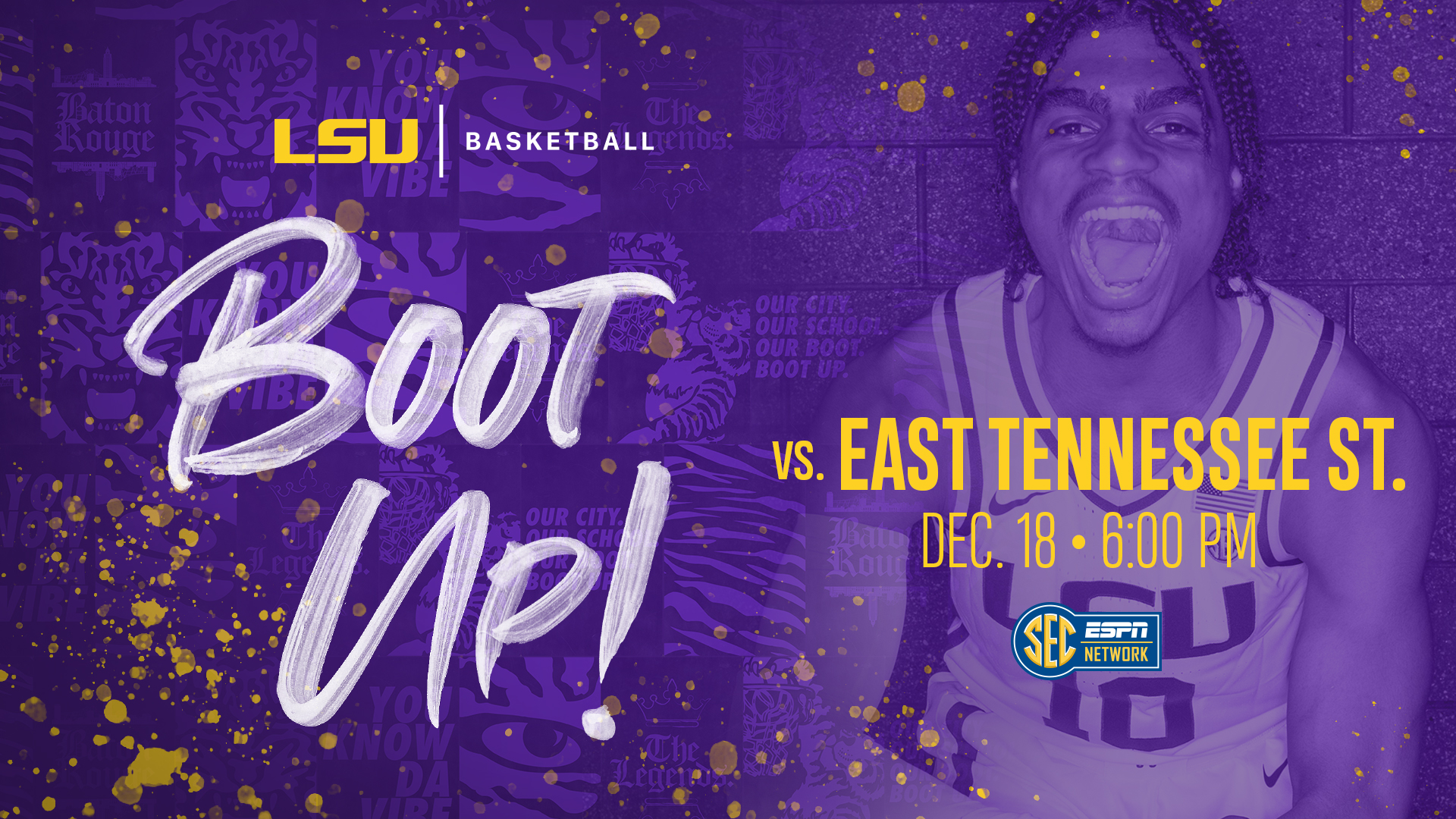 The ETSU game is set for 6 p.m. CT with Richard Cross and Joe Kleine on the call for the SEC Network and the “Voice” of the Tigers Chris Blair and former head coach John Brady will have the call on the affiliates of the LSU Sports Radio Network (Guaranty Media flagship Eagle 98.1 FM in Baton Rouge).

Tickets are available during normal business hours on Tuesday and Wednesday at LSU Athletics Ticket Office and anytime online at LSUTix.net. Tickets will also be available at the upper concourse ticket windows of the Maravich Center beginning at 4:30 p.m. LSU students are admitted free of charge with a valid student ID.

The Tigers host ETSU Wednesday, travel to Los Angeles to play USC on Saturday and then host Liberty on Dec. 29. ETSU and USC are both 9-2 on the season and Liberty is one of four remaining unbeaten teams at 12-0 with the possibility to come to Baton Rouge at 14-0.

But first comes the Buccaneers, the preseason favorites in the Southern Conference with three players on the league’s preseason all-conference team – Bo Hodges, Jeromy Rodriguez and Daivien Williamson. Hodges is averaging 14.5 points per game, 5.8 rebounds and 2.6 assists, while Rodriguez is at 10.1 points and 7.4 rebounds. Boyd averages 14.6 points a contest.

The Tigers had two good wins in the week before final exams, defeating UNO, 90-54, and Northwestern State, 109-59. In the Northwestern State game, LSU had seven players in double figures. Skylar Mays continues to lead the Tigers in scoring at 16.0 points per game with Emmitt Williams at 15.4 points and 5.9 rebounds a game and Darius Days at 14.2 points and 8.2 rebounds. Trendon Watford is at 13.1 points and point guard Javonte Smart checks in at 10.9 points and 5.0 assists per game.

LSU is hopeful that Marlon Taylor will be able to see his first action of the season on Wednesday. Taylor has slowly been working his way back into practice after summer surgery.

Monday in his media session, Coach Wade discussed how this a time when the team can lock in on basketball with school out and fewer things to worry about.

Of ETSU, Wade said: “They are an elite, elite offensive team. They have one of the top 35 offenses in the entire country. It’s not just their offense performed well against Kansas – their offense was better against Kansas than BYU, Colorado and Duke on a points per possession basis. They’ve got a very efficient offense, very good offense. They bring their leading scorer off the bench, (Tray) Boyd. They shoot it well from three. They’re top 40 in the country for three-point percentage. It’s going to be a big, big challenge for us and a chance for us to enhance our resume.”