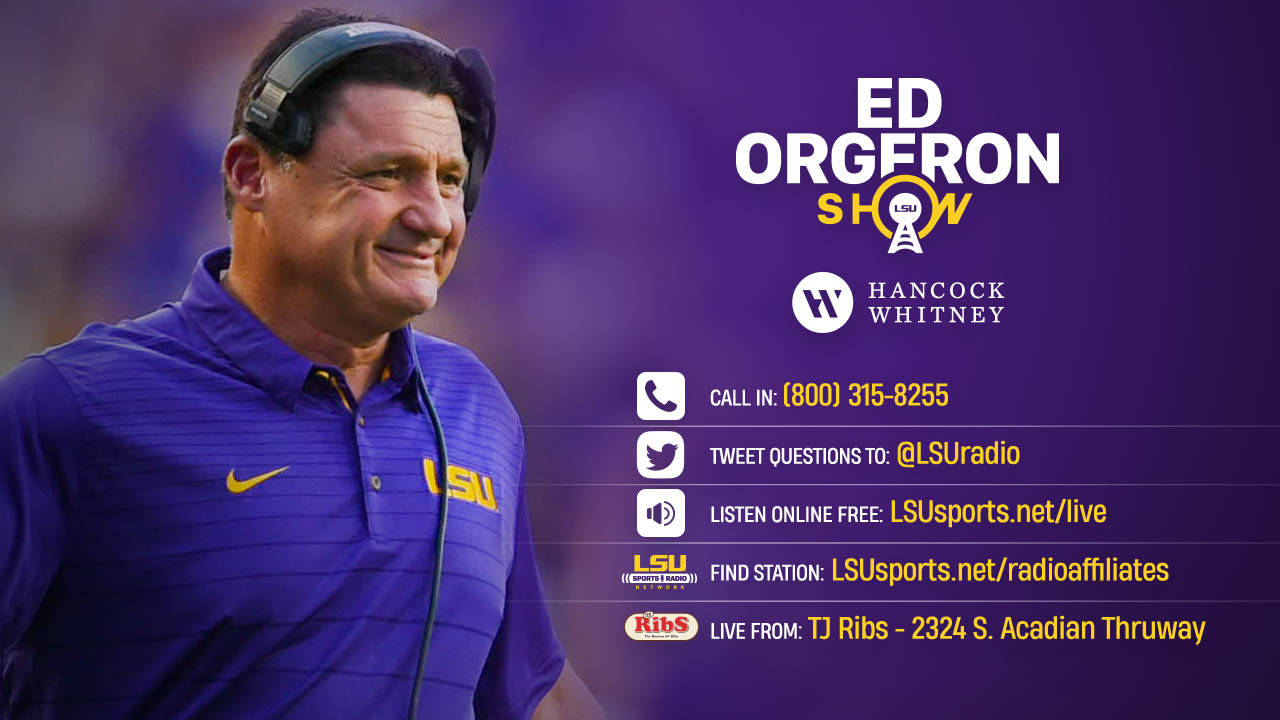 The show will be hosted by Voice of the Tigers Chris Blair and can be heard on the LSU Sports Radio Network, including 98.1 FM in Baton Rouge. The show will be streamed free online at www.LSUsports.net/live.

On Dec. 28, the top-seeded Tigers will square off against No. 4-seeded Oklahoma in the CFP Semifinal at Mercedes-Benz Stadium in Atlanta, Ga. The winner will advance to the National Championship Game to be played in New Orleans on Jan. 13, 2020.

Tuesday’s Ed Orgeron Show will be preceded by The Nikki Fargas Show, which was moved up one hour to 6 p.m. this week.