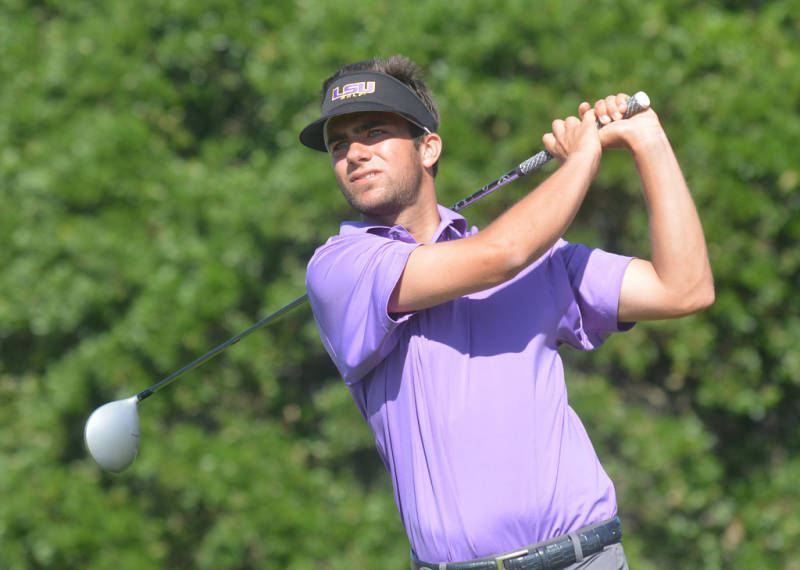 Thompson finished the four-day event with a 21-under 265 total score. He shot a 6-under 66 in the final day to hold his position in first place. Thompson finished as the co-medalist with Braden Thornberry, who used a 7-under 65 final round to move one spot up the leaderboard. With the tie, both players will receive full exempt status for the 2020 Korn Ferry Tour regular season as they each seek to earn a PGA Tour card.

On the first day of the event, Thompson carded a 4-under 68 that put him tied for 19th on the leaderboard. In the second round, he recorded his lowest round of the weekend, a 9-under 62. Thompson used 2 eagles and six birdies in the round to rocket 16 spots up the leaderboard, where he sat tied for third. He used a 2-under 69 in the third round to secure the lead after 54 holes, and he maintained the lead with a birdie on the last hole to finish as the co-medalist with a 6-under 66 final round.

Zach Wright, Eric Ricard and Jacob Bergeron also competed in the Final Stage. Wright finished the tournament tied for 21st with a 14-under 272. By finishing in the top 40, Wright will be exempt for the first eight events of the 2020 Korn Ferry Tour regular season.

Ricard finished the tournament tied for 85th with a 6-under 280 total. Jacob Bergeon finished tied for 105th at 3-under 283.