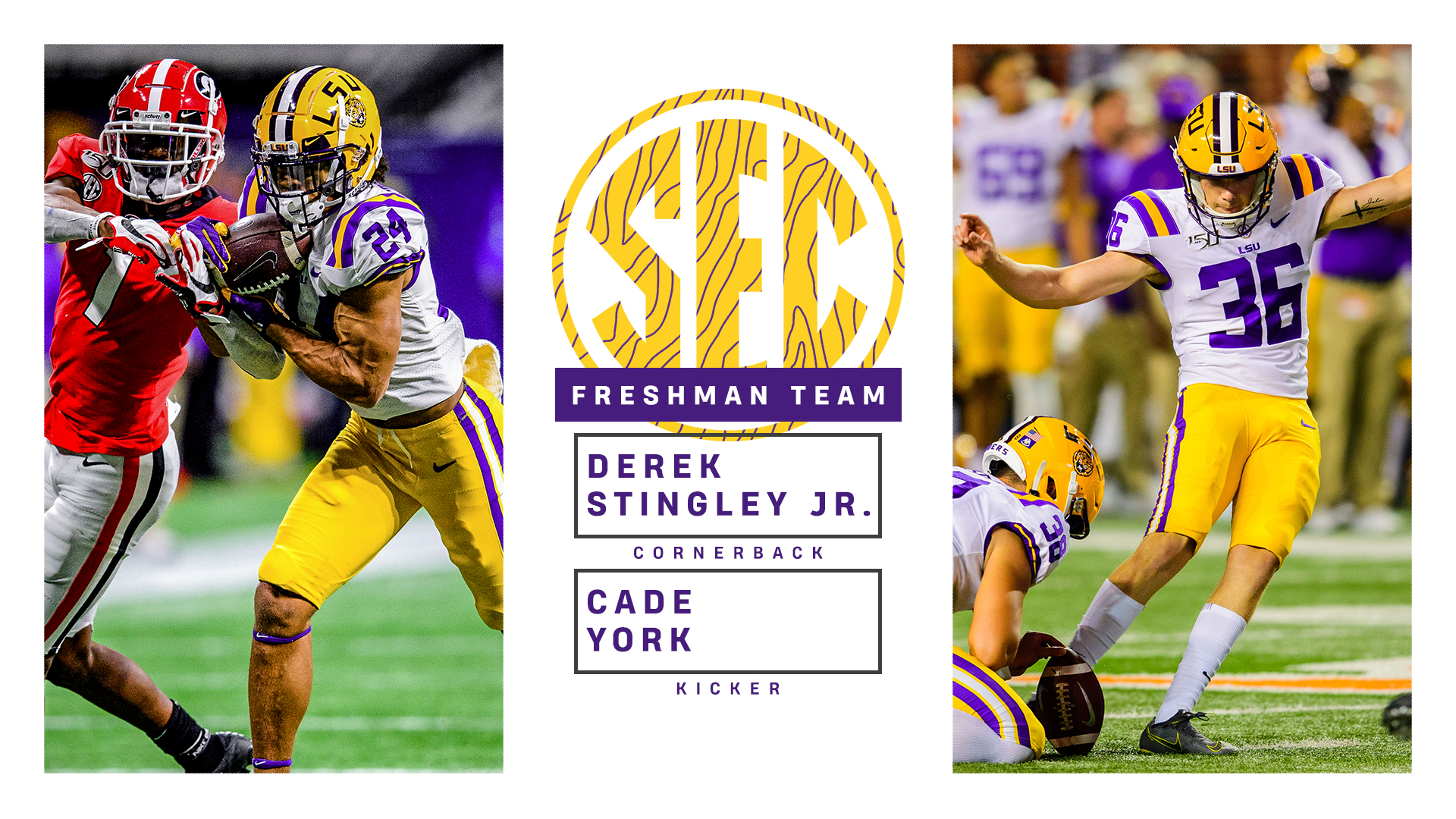 The Coaches’ All-SEC Freshman Team was voted on by the league’s 14 head coaches. Coaches could not vote for their own players.

Stingley, from the Dunham School in Baton Rouge, was named the SEC’s Freshman of the Year on Monday by the Associated Press. He started all 13 games for the top-ranked Tigers, leading the SEC in both interceptions (6) and passes defended (21).

York’s 21 field goals rank as the fourth-highest total in LSU history and they are the most for a freshman in school history.