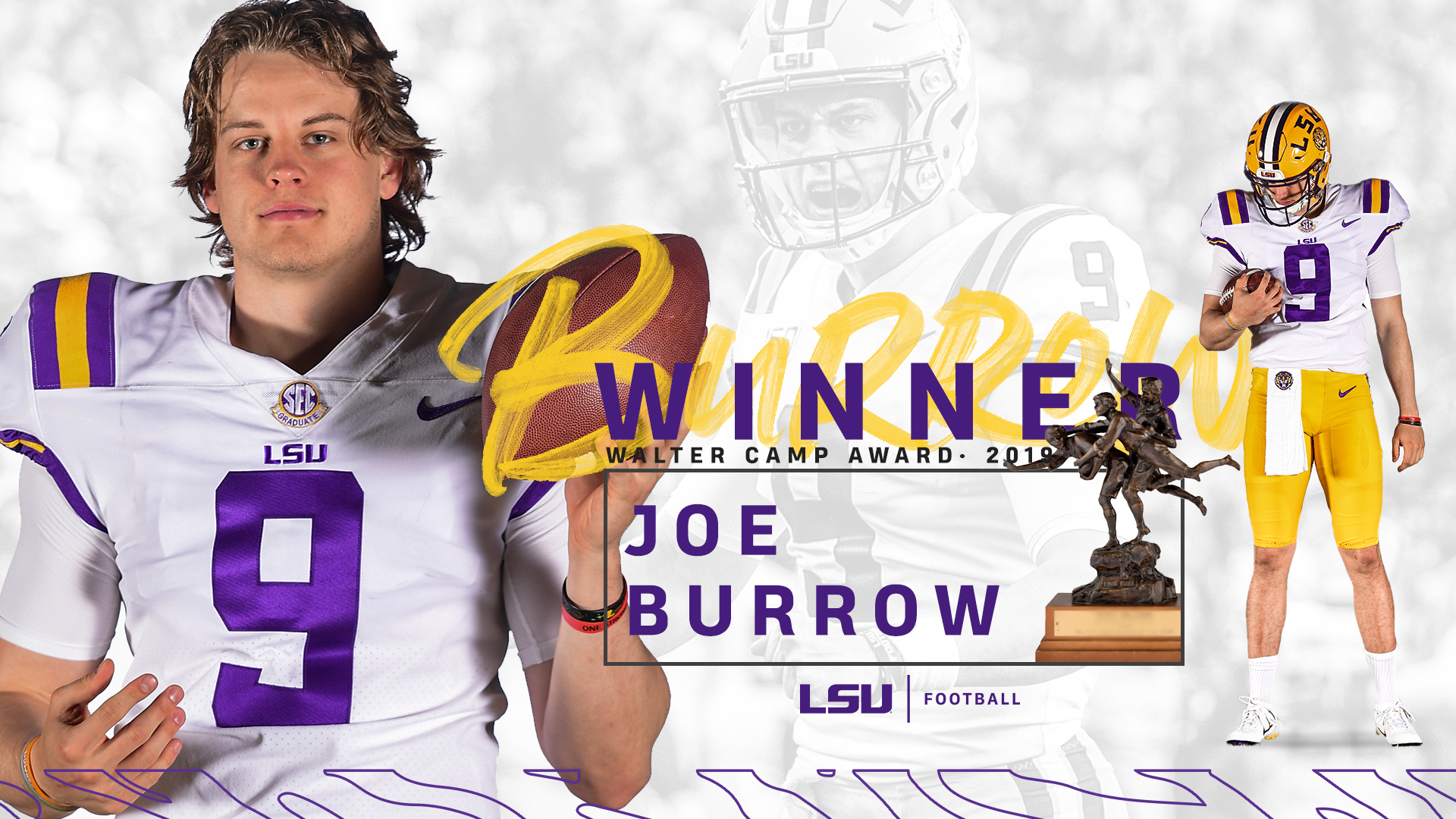 Burrow has been a standout for the SEC champion and top-ranked Tigers (13-0), who will face #4 Oklahoma in the semifinals of the College Football Playoff on December 28 at the Chick-fil-A Peach Bowl in Atlanta, Ga.

Burrow has helped LSU score 47.8 points per game, good for third place among all FBS teams. He has thrown for 300 or more yards in eleven games this season, including a season-best 489 in a win over Ole Miss on Nov. 16. A week earlier, Burrow threw for 393 yards and three touchdowns in a 46-41 victory over then top-ranked Alabama and earned Walter Camp National Offensive Player of the Week honors.

Burrow, along with members of the 2019 Walter Camp All-America team, and other major award winners (Distinguished American-Chris Berman and Man of the Year-Curtis Martin), will be honored at the organization’s national awards banquet, presented by David McDermott Lexus of New Haven, on Saturday, January 18, 2020 at Yale University’s Lanman Center in New Haven.

Walter Camp, “The Father of American football,” first selected an All-America team in 1889. Camp – a former Yale University athlete and football coach – is also credited with developing play from scrimmage, set plays, the numerical assessment of goals and tries and the restriction of play to eleven men per side. The Walter Camp Football Foundation – a New Haven-based all-volunteer group – was founded in 1967 to perpetuate the ideals of Camp and to continue the tradition of selecting annually an All-America team.

The Walter Camp Football Foundation is a member of the National College Football Awards Association (NCFAA). The NCFAA was founded in 1997 as a coalition of the major collegiate football awards to protect, preserve and enhance the integrity, influence and prestige of the game’s predominant awards. The NCFAA encourages professionalism and the highest standards for the administration of its member awards and the selection of their candidates and recipients.